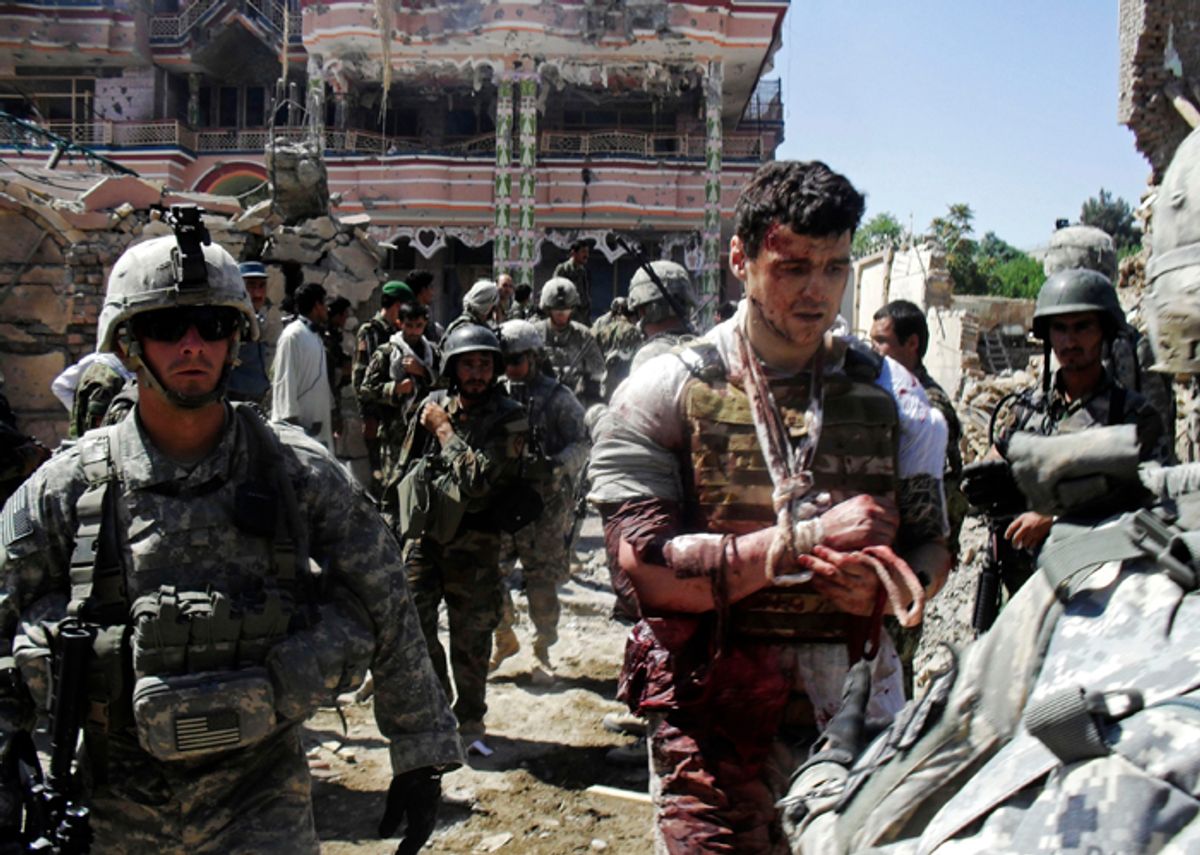 The WikiLeaks war logs show in sometimes gruesome detail how Afghan contractors working for the Defense Department have borne much of the worst violence of the nine-year war.

Salon recently reported that 260 private security contractors -- virtually all of them Afghan -- were killed in action in a 10-month period. But the WikiLeaks war logs document previously unreported violence against other types of contractors too -- those who do construction and drive trucks and serve food and perform all the other work that makes the war possible.

In September 2006, in a remote area northeast of Kandahar, troops found a decapitated body on the side of the road, with the knife "presumed to be used to decapitate him ... still there," along with a letter. "The letter states that he was a contractor working for the US at Nawa and that he was murdered because he was helping the US," the log says. The log ends with "nothing further to report."

The gruesome incident was never publicly reported by the Pentagon and thus did not appear in the media, according to a Nexis search.

Here's another incident from 2008  -- one of dozens that was never reported. This one occurred in western Afghanistan and two contractors had their legs blown off:

At 0810 local time on 24 Sep, an vehicle was struck by an IED, 3 [civilian contractors] were injured during the incident, 2 have lost their legs and remain in a critical condition in Herat hospital and 1 is in stable condition.

The following, from January 2008, is a typical account of a deadly attack on a contractor convoy carrying essential goods -- in this case a wheat shipment:

There are dozens more  stories just like this in the WikiLeaks documents. But there's no indication that the Pentagon cares much -- the DOD told Salon this month that it does not even track the names of slain contractors.