Should teens get gastric surgery?

Lap-Band makers want to bring anti-obesity procedures to younger patients -- but is it greed or good public health? 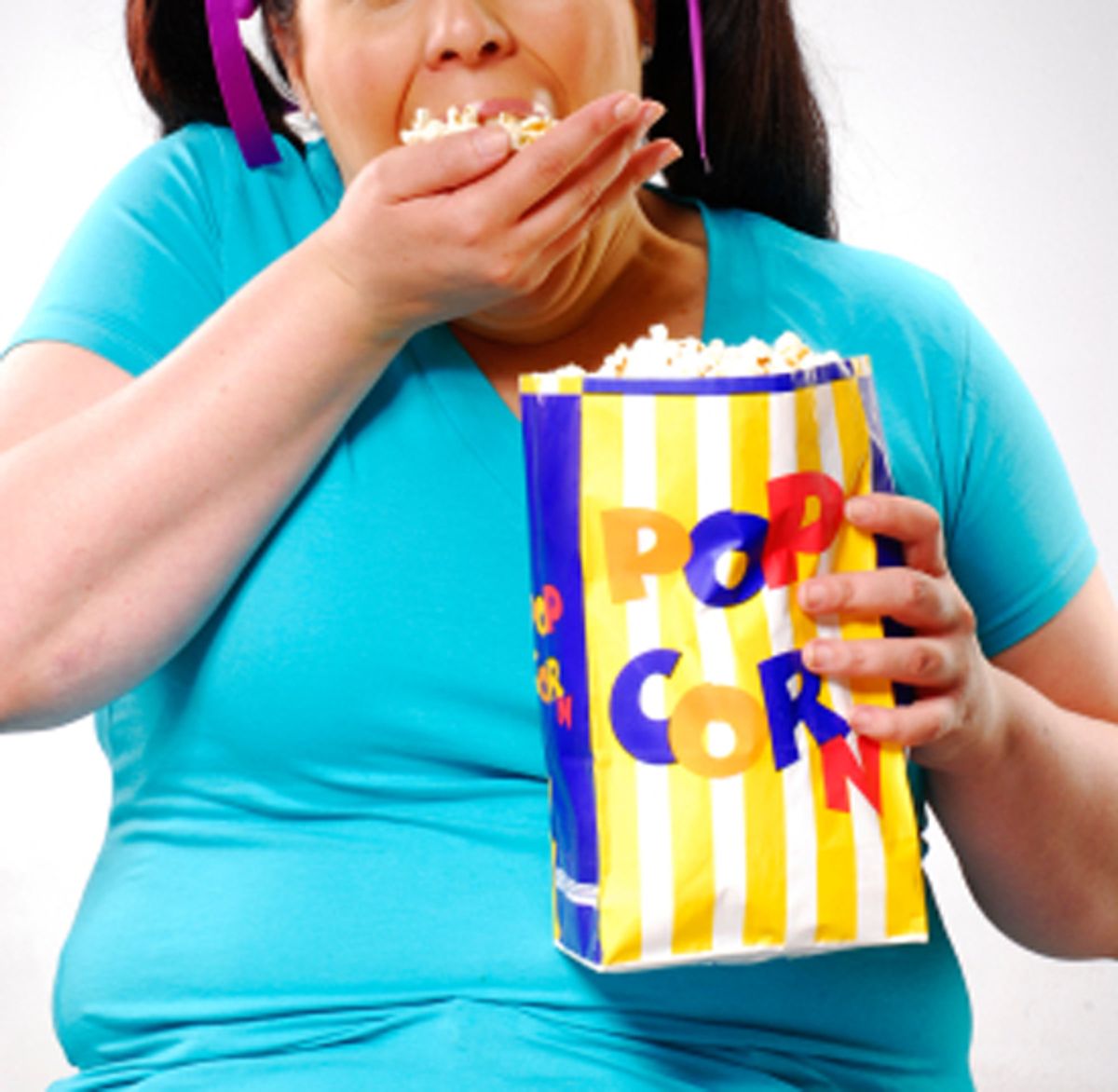 More than one third of American children and teens – 23 million individuals – are overweight or obese. That's not just a lot of fat kids. That's not even just a potential lifetime deal of heart disease, high blood pressure and diabetes. It's cruel taunts in the cafeteria, mortification in the Forever 21 dressing room. It's not being on the team. It's not being asked to dance. Isn't adolescence crappy enough without all that? So if there were a solution, a way to get through those brief but life-defining years with a little more ease, with the possibility of avoiding adult obesity, why not? If it was it your kid -- if it was you -- would you take it? Well, there is one option: the "minimally invasive" Lap-Band procedure, which binds a portion of the stomach to restrict the amount of food one can take in. In early trials, it's been shown to help obese teens lose weight quickly, lower cholesterol and improve liver function. Ah, but there's a catch.

The drama currently unfolding at Weight Management Program at New York University's Medical Center is a uniquely 21st century saga, putting ethics in the crossfire between a widespread health problem and corporate opportunism. Dr. Neelu Pal claims that she was wrongfully terminated from what she refers to as a "hectic Lap-Band factory" after she contacted patients regarding the risks there. She cites a variety of red flags, but the big attention-getter is how her faculty's husband-and-wife surgical team, Dr. Christine Ren and Dr. George Fielding, allegedly falsified information when a 14-year old boy developed complications after participating in a study on the Lap-Band's effectiveness on adolescents. Ren and Fielding are paid consultants for Allergan, the leading manufacturer of the gastric band.

Though Lap-Band surgery is still recommended only for patients 18 and over, it can be performed with a family and doctor's approval. But Allergan currently has applied to the FDA to begin marketing the procedure to teens, which means we might not have to wait long for MTV ads featuring svelte kids cavorting around in newfound emancipation from the plus-sized department. Lap-Bands -- they're more awesome than tampons, girlfriend! Given the stats on teen obesity and the desperation of adolescence in general, one can understand how that sounds like a license to print money.

In some regards teens are ideal candidates for gastric procedures – their developing systems may make it easier for them to reverse the long-term metabolic risks of obesity and they haven't yet settled as deeply into the unhealthy lifestyle patterns that can trip up older surgical candidates. But the procedure also requires a rigorous commitment to aftercare and serious changes in eating habits – a challenge that a teen who flakes over hair combing might not be up for. And Dr. Mary Brandt, a researcher in a Teen Longitudinal Assessment of Bariatric Surgery told Reuters this week that, "I think there's a fundamental problem with putting a rigid plastic object around a moving organ. You're asking it to stay in place and not erode over a long period of time."

Dr. Pal's allegations of being "blackballed" by a cavalier facility "trying to … get as many patients on to the operating table as possible" aside, her tale illustrates a particular supply and demand frenzy. Almost everyone who possesses a corporeal form has struggled at one time with body image. The weight loss industry depends on it – and the medical corporations and practitioners who can offer a fix "when diet and exercise aren’t enough" are doing booming business off a health crisis that's gripping a younger and younger population all the time. And while it's easy to preach tough-love "just eat less and exercise" on one side and tra la la, "just love yourself" fat acceptance on the other, the physical and emotional struggles of obesity aren't so easily waved away. It takes huge mind-and-body effort, and a collective tolerance for broader parameters of what constitutes fit and healthy. It's not quick and easy, however you slice it. And an expensive, potentially risky procedure isn't quick and easy either. The only difference is that it just might have better marketing.