Senator told Fox: "I am willing to prosecute anybody that led to undermining the war effort." 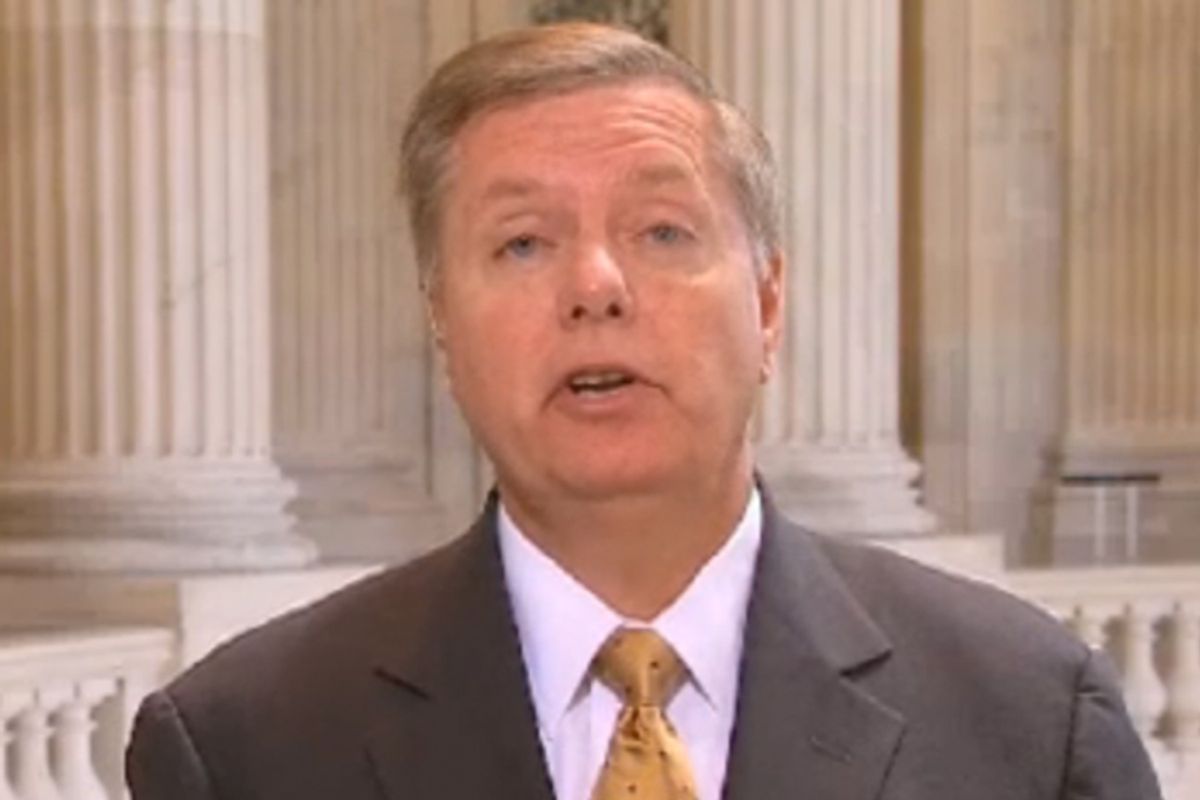 A spokesman for Sen. Lindsey Graham (R-SC) told Salon the senator was strictly talking about the WikiLeaks case when he said on Fox today, "I am willing to prosecute anybody that led to undermining the war effort."

The comment came as the press focus turned away from the revelations in the leaked documents and to a British report that WikiLeaks exposed the identities of Afghans who helped the U.S. military.

Graham said on Fox that he applauds Attorney General Eric Holder for launching an investigation into the leak and added that "I am willing to prosecute anybody that led to undermining the war effort."

Since "anybody ... undermining the war effort" could be defined extremely broadly (that's a charge conservatives often hurl at anti-war protesters, for example), we asked Graham's spokesman to clarify. Responded Kevin Bishop: "If you watched the whole interview I think it’s clear he was dicussing Wikileaks."

Here is that full interview: