Ivy Bean, "the world's oldest Twitter user," dies at 104 -- and reminds us of the Internet's power to connect 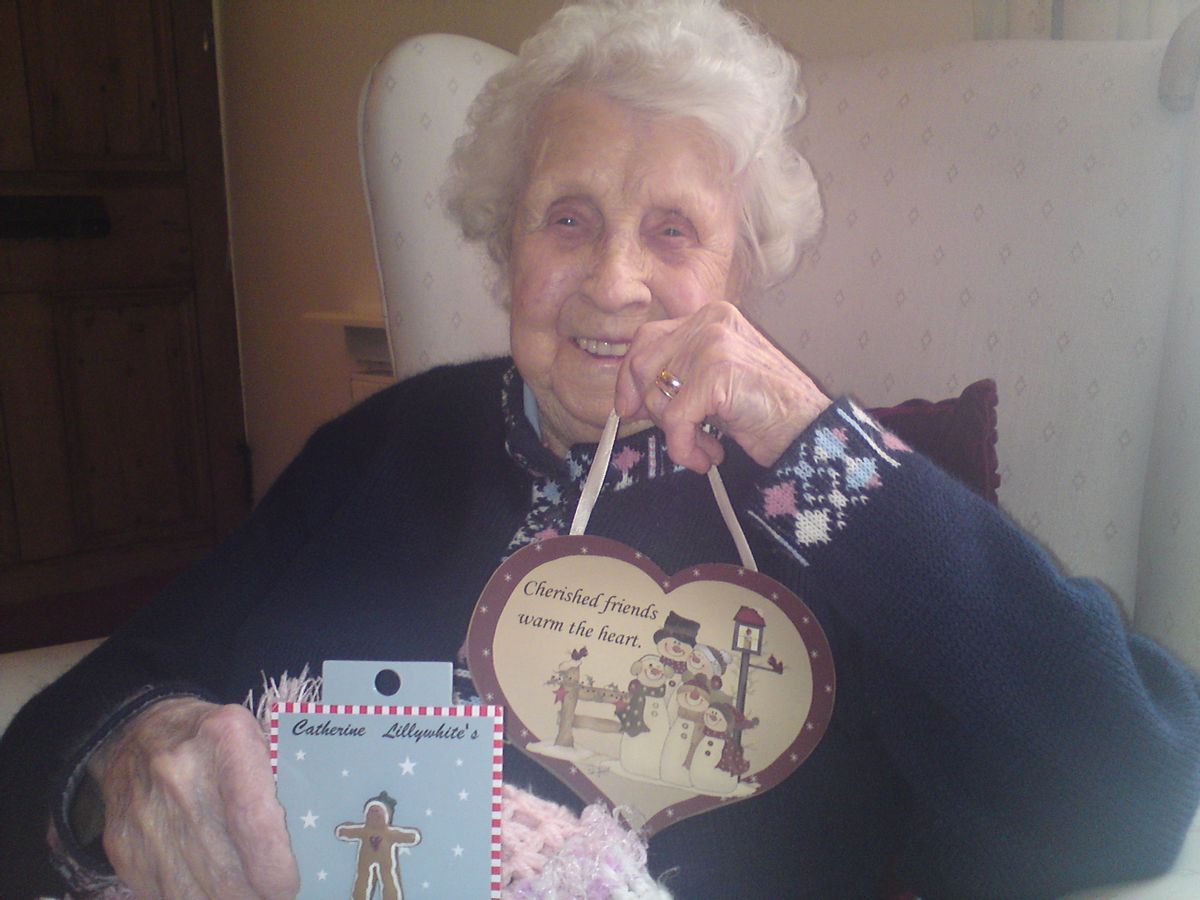 Ivy Bean holds gifts sent to her by a Twitter follower
--

Like other social networkers, Ivy Bean found in the online community a home in which to share her opinions on sports (she was a Manchester United fan), food (fish and chips -- and plenty of it) and her friends ("happy birthday Edith xx"). When she died in Bradford, England, on Wednesday, it was sad news to her over 62,000 followers on Twitter, who praised her as "a fab lady" and "amazing woman." But it wasn't exactly shocking. Ivy was 104 years old.

Though you won't find a wealth of other centarians on Facebook or Twitter, OMGing over the cuteness of their great-grandchildren, social networking is no longer just for emo teens and cat lovers. As the boomers keep graying, sites like EONS that cater to a less Bieber-centric crowd are prospering. And the fastest growing Facebook demographic isn't college kids – it's senior citizens. Forget ShitMyDadSays, Dad can tweet for himself. And that's great news.

You or I or our 21-year-old neighbors might use online community to flavor our social experiences -- posting pictures from our weekend adventures and broadcasting via Foursquare which bar we're doing our drinking from tonight -- but for older people, networking can serve as the social life they'd otherwise be missing. Ivy Bean herself posted happily last spring of a friend bringing laptops to her pensioners home, to encourage other residents to get online. It matters because it turns out that one of the greatest health risks to older people is plain old, garden-variety isolation. A report released Thursday in the Public Library of Science Medicine encompassing 300,000 people found that being socially disconnected can impact your lifespan as negatively as smoking or alcohol abuse. And considering that over a third of Americans 75 or older are living alone, you can do the math.

It's very easy to marginalize anybody with a few crow's feet -- and it's ridiculous how promiscuously the big, broad phrase "55 and up" gets applied to a significant portion of a diverse population (being 55 isn't the same as being 88, and Ivy Bean wasn't Paul Krugman). There's no one size fits all experience. Yet the prospect of "fogeys" muscling in on the online turf and doing all their cute, embarrassing, slow-witted tricks has been a running joke for years. Failbook is composed nearly entirely of geezer gaffes. And The Olds themselves are frequently happy to play along, which is how we wind up with an "age-relevant" search engine called Cranky. Its top two searches today, it should be noted, are not "get off my lawn" or "soft foods" but "digital photography" and "40+ singles." Epic old people WIN.

At the root of our online experiences is the desire to connect -- and in those seemingly trivial dispatches about what we ate for dinner or what team we're cheering for today are intimate glimpses into everything that matters most. Maybe some of us need a bigger default font. Maybe we're not sure how this whole WiFi thing happens. But whether you're a hundred years old and sitting in a hospice full of friends, or a recent retiree whose kids live in another state, or that guy in library, logging on because he's got nobody waiting for him when he gets home, you still need community as much as any status update-addicted kid. Maybe more.