Paul Ryan: We must shrink the economy in order to save it

The rising star of the Republican Party has an innovative suggestion: Raise interest rates to loosen credit 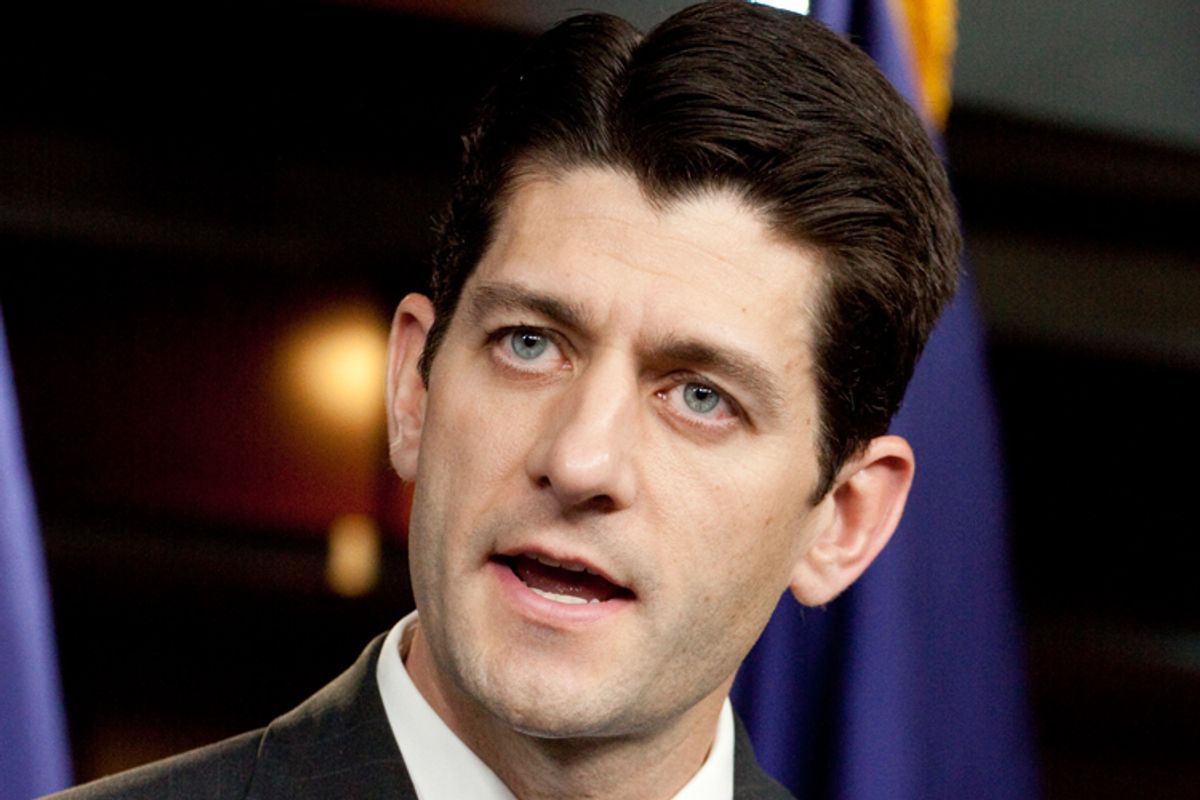 Representative Paul Ryan, R-Wis., is frequently talked about as one of the leading intellectual lights of the Republican Party. As the ranking Republican on the House Budget Committee, his views would likely be influential if the GOP were to take over the House later this year. So I'm sure I was not alone in devoting a little extra care to the positions he laid out  in a recent interview conducted with him  by Ezra Klein.

Most of his prescriptions are standard conservative talking points, albeit expressed far more cogently than you would typically get from a Michele Bachmann or Sarah Palin. Cut spending, cut taxes, cut regulations, et cetera. But then came this:

We need to do things to free up credit. We need regulatory forbearance there. Right now, the policymakers and regulators are doing opposite things. So you're right that there's a lot of capital parked out there, and we need to coax it out into the markets. I think literally that if we raised the federal funds rate by a point, it would help push money into the economy, as right now, the safest play is to stay with the federal money and federal paper.

Matt Yglesias calls Ryan's theory on interest rates "an underpants gnome theory of growth" but I think Ryan Avent's response is most succinct: "This is, quite simply, wrong."

To get the effective federal funds rate to meet a target 1 percent higher than the current level would involve the use of open market operations that would literally take money out of the economy. Meanwhile, the effect of the higher rate would be to encourage more banks to lend through the Fed and fewer banks to borrow from the Fed. In other words, we're talking more money parked at the Fed and less out in the economy.

So one of the purportedly smartest minds in the Republican Party believes that tighter money would loosen credit. In an economy teetering on the edge of deflation, he wants to raise interest rates and shrink the money supply. On, in other words, in addition to cutting spending prematurely, he would like to make the other big mistake that kept the Great Depression going strong -- pursue a contractionary monetary policy.

UPDATE: And.... immediately after publishing my post, I reviewed my blogroll, and discovered that just 20 minutes ago, Paul Krugman seized upon the exact same quote and reacted in exactly the same way. I would like to assure my readers that there was no behind-the-scenes vast left-wing conspiracy concocted on a private e-mail listserv necessary to produce this harmonic convergence. It was just too darn obvious to skip.