WikiLeaks: Not a scoop, but still news 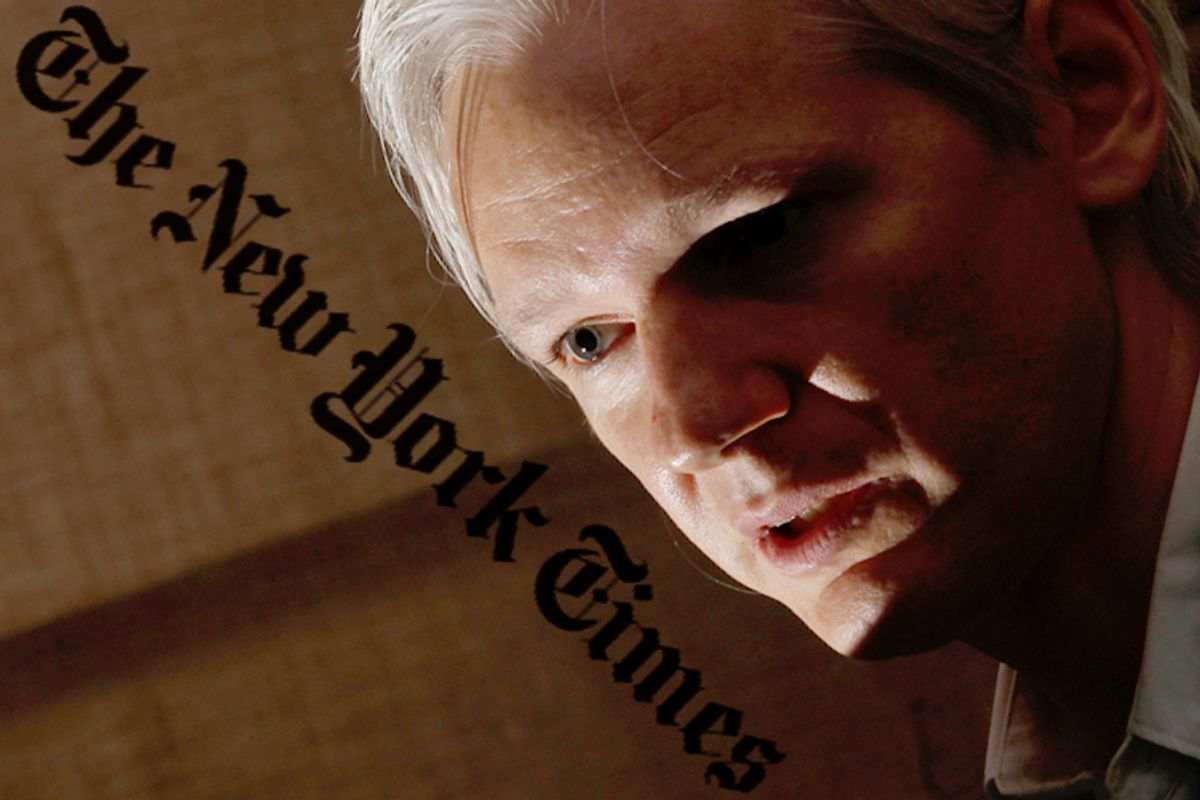 In the chorus of critical reaction to the WikiLeaks Afghanistan documents we heard two strains of criticism: One suggested that the material would harm the U.S. war effort and endanger people working for it. The other suggested that, because no earth-shattering headline could be mined from the mountain of documents, the whole thing was a waste of time.

I'm not in a position to offer strong views on the first criticism -- except that, as a journalist, I always lean toward disclosure unless there's clear likelihood of immediate harm to specific individuals. But the second criticism needs some review.

News organizations have always competed on the basis of scoops. The WikiLeaks documents haven't offered them anything that they can recognize as a scoop. You can picture the conversation:

Reporter: Well, there's a ton of fascinating detail about a lot of incidents. A little more detail about the problems with Pakistani intelligence. And a whole lot of local color…

Editor: Just give me the top line. What's the headline?

Reporter: Uh, "Afghan war going as badly as everyone thought"?

The journalistic ecosystem runs on scoops -- pieces of information, not already public, that one news organization has and others don't. The public cares less about this competition for scoops; it simply desires news -- information it needs and wants to know, and that it didn't previously have.

Not all scoops are real news. And now, with the WikiLeaks Afghan documents, we have a big example of real news that isn't a scoop. I call it real news because it is a body of previously unavailable-to-the-public information about a matter that ought to be of deep concern to the public (an ongoing war). The absence of a single headline-able revelation makes this news harder for the media ecosystem to digest -- but it doesn't make it any less "news," or any less valuable.

The digestion may take considerably more time than journalists have patience for. The significance of the documents may emerge in the work of magazine writers or book authors. It may emerge in the hands of historians working long after we're all dead -- in which case we may well think, "Is that news?" Of course it is -- we just can't see it yet.

If journalism is, as we sometimes claim, the first, rough draft of history, then we should behave more like historians who seek out primary sources in order to produce a better understanding of past events.

The journalists who first wrote about the WikiLeaks documents declared that WikiLeaks was just another source, and that's how they treated it, mostly. But, as Dave Winer has long told us, today "sources go direct." WikiLeaks gave first crack to three news organizations -- baiting them with an opportunity for scoopiness. These three media outlets collaborated, but left the rest of the journalistic fraternity in the position of outscooped competition. Unsurprisingly, many fell back on the reflex of dismissing the other guy's scoop as "nothing new." Now the material is out there for everyone to use, so there will be no more scoops.

The challenge for the three newsrooms that got first crack at these documents was, as, observers like Clay Shirky told us, to find the stories in the data. And they did a good job of finding and telling some absorbing stories -- tales that, as the New Yorker pointed out, together paint "a picture that does, indeed, contradict official accounts of the war, and rather drastically so."

Yet we can already feel the air leaking out of media and public interest in these accounts. Storytelling may not be enough here. My hunch is that the WikiLeaks War Diaries will not dent the American consciousness in the short to medium term. There are several possible reasons. Jay Rosen predicted that the papers wouldn't have an impact because of the overwhelming scale of the problems they illuminate:

Reaction will be unbearably lighter than we have a right to expect-- not because the story isn't sensational or troubling enough, but because it's too troubling, a mess we cannot fix and therefore prefer to forget.

Rosen may be right. But I see the problem from a different angle: These glimpses of a faraway war aren't getting the traction they should, not because they are too big but because, for U.S. readers, they are too distant. They tell a story of "ignorant armies clashing by night" that seems to have little to do with us.

This may help us get a better fix on what the media's role ought to be here. The job of journalists in making sense of these documents for their readers isn't just turning them into coherent narratives. It isn't just assessing their impact on the partisan policy chess-game inside the Beltway. And it certainly isn't finding the newsy scoop in the data haystack.

The job is to connect the tales with readers' lives. For U.S. readers, this could mean underscoring the relationship between the cost of the war being documented and all the other things we want back home but feel we can't afford. Or connecting the dots from blown-up Afghan villages to our domestic terrorism fears. Or finding local connections, so that we understand that this is a war being fought by our neighbors and their children, and we take responsibility for it. (A piece in the Columbia Journalism Review documents one instance of this, in explaining how the Omaha World-Herald turned to local experts for insight and found an angle that might connect with its military-base-heavy readership.)

This, of course, is what the news media should have been providing all along: context. We've gotten it only intermittently, thanks to the combination of post-9/11 cheerleading, the Pentagon's canny "embedding" technique and the Bush administration's explicit treatment of the Afghan war as a sideshow to its Iraq misadventure.

It took Afghanistan a decade to become "old news." That won't change in a week, no matter how many secret documents get published. Still, at least WikiLeaks has handed the media a fresh opportunity to bring a distant reality home again. To do that will require letting go of an ingrown scoop standard and an outmoded definition of news.