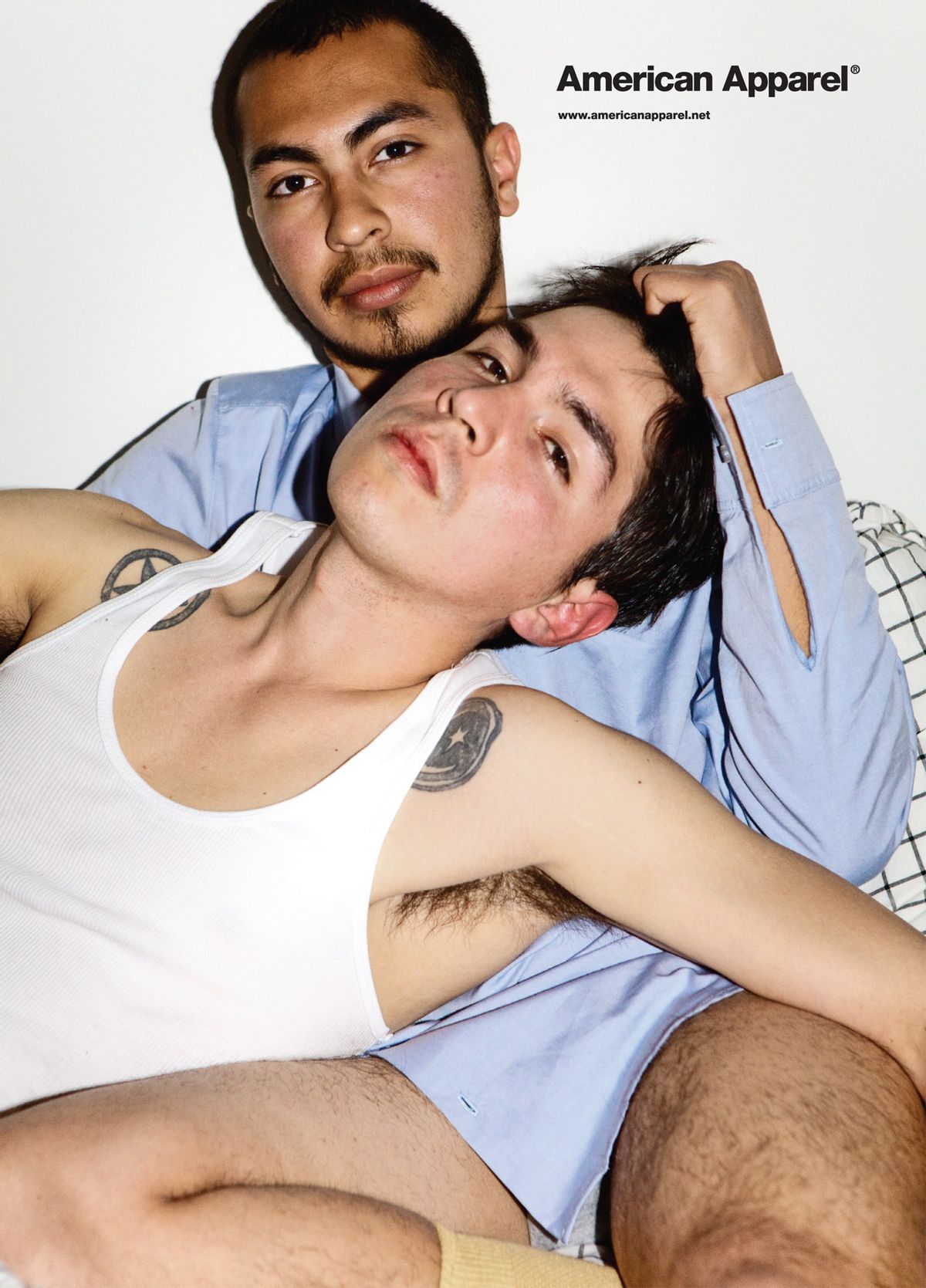 It's so disgusting and discriminatory. Have you heard? Retail clothing companies employing hot people. I just hope the hospitality industry doesn't get wind of this.

The fury has been simmering for over a year now, thanks in large part to the notoriously icky American Apparel. The company, headed by sexual harassment lawsuit magnet Dov Charney, has always been known for its flesh-flaunting wares and provocative ad campaigns -- featuring its own employees and customers. But after denying last year that it had been systematically firing staffers who don't pass aesthetic muster, A.A. found itself at the center off another storm when Gawker pointed out recently its requirement for prospective employees to submit photos of themselves. "Individuals should be able to present themselves in a way that impresses and inspires our customer," says American Apparel, while retail experience is "not necessarily necessary."

A company spokesman elaborated: "We do screen, but not for beauty. What we look for is personal style." And indeed, a company unafraid to combine "printed," "Spandex" and "cycle short" together in one unholy item is a company with unorthodox parameters for style. Internal documents reveal an encouragement for "full eyebrows," "long, natural hair," no bangs on the ladies and no goatees on the dudes.  Yet despite the company's insistence that its hiring criteria is a style thing, not a prettiness thing, the Gawker posts brought former and would-be American Apparel workers out of the woodwork, claiming undue scrutiny for their allure.

Then on Monday, Gawker busted Abercrombie & Fitch, the retailer long considered the gold standard of softcore homoeroticism, for a similarly looks-ist policy, posting an internal note from the company's now defunct spinoff brand Ruehl. Sample directive: "We must always audit our schedule to assure we have the best looking and best styled associates at all times." Wait -- you want people who look good in your clothes to sell them? Oh, the injustice! All the plain people will have to work at Radio Shack!

There are a million reasons to not patronize the likes of American Apparel, a company whose "sweatshop free" philosophy does not exonerate its defiantly ugly wares. That the company would, as it has been accused, base its hiring and promotion practices almost exclusively on looks, that it would blatantly favor employees based on race, is not just messed up, it's flat-out bad business. Good luck running a giant retail chain on the brainpower of 19-year-olds, Dov.

Yet the contempt for what Gawker calls the "breathtakingly superficial" notion that the staff of a store is there to make the merchandise look good seems self-righteously naive. I worked my way through school in various retail gigs and at a radio station -- and believe me, the standards for how employees were expected to present themselves in those two milieus could not have been more different. Retail: slender girls who aspired to claw their way to the showroom, who accepted the quid pro quo nature of getting a discount in exchange for swanning around the shop in its wares. Radio: deep-throated shlubby guys.

It's a slippery slope from a store wanting its employees to be part of the customers' aspirational experience to an all-but-stated NO FAT CHICKS policy. And having a sense of style and being beautiful are not the same thing, nor should the latter be the main qualification for a gig that requires long hours, reliability and a knack for working well with the public.

Nevertheless, the fact remains that for certain jobs, attractiveness is part of the job description. Selling anything isn't just about being able to pull a size 9 from the back. It's about being able to make somebody think, "I never thought about how cute that would look belted." It's about making them want to go to the bar where beautiful people pour them drinks. It's peddling the fantasy that given the right socks, you too could be that person/have that person. Retailers expect a degree of attractiveness from their sales force for the same reasons they put models in their advertisements: to move the merch. Is that unfair? Take it up with the gene pool. If you're my Apple support team, I don't care what you look like. But if you're selling me pants, it's entirely possible that I do.