The two-time NBA MVP finally shows emotion. But it might be too little, too late 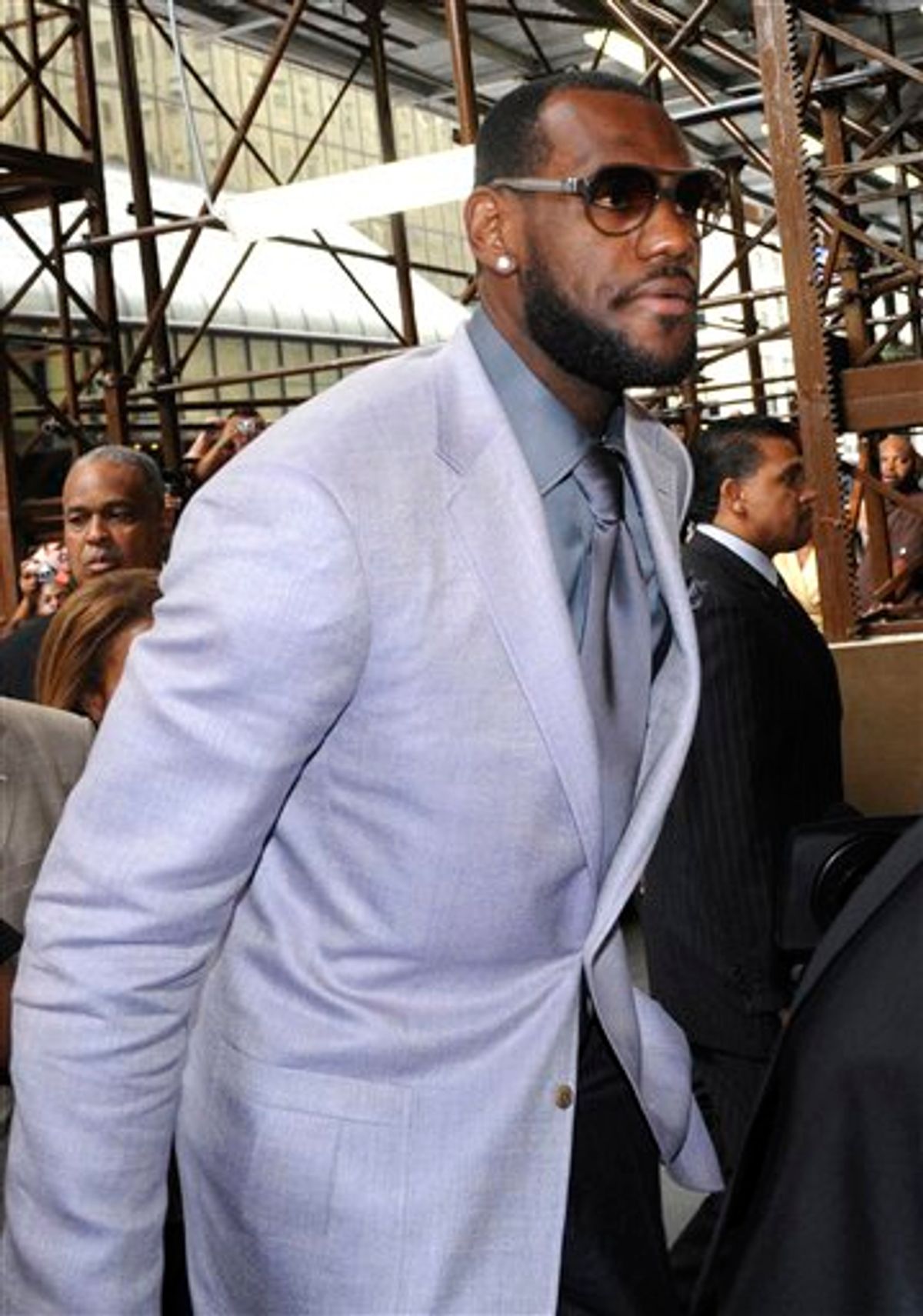 LeBron James has taken out a full-page ad in his hometown newspaper, in which he calls Akron his home, "the central focus of my life," and thanks the city for its years-long support.

It’s where I started, and it’s where I will always come back to. You can be sure that I will continue to do everything I can for this city, which is so important to my family and me. Thank you for your love and support. You mean everything to me.

The messaged is signed "LeBron," and includes pictures of James' annual Bike-A-Thon, an event where he gives bikes away to Akron kids and makes donations to local charities.

It was the necessary show of emotion that was blatantly absent in the debacle known as "The Decision" -- the excruciatingly long one-hour special on ESPN, in which James announced his departure from the Cleveland Cavaliers to the Miami Heat.

The fans needed this recognition. They deserved it, after being title-less in every sport since 1964 and showering James with love. And the ad is a nice parting gesture but a few weeks too late.

And there are a few glaring omissions in James' message, most notably the city of Cleveland, where he played the last seven seasons, and his former teammates and the Cavaliers' scorned owner, Dan Gilbert. Which may further embitter fans who were already burning the two-time MVP in effigy.

Cleveland fans, notorious for their, well, fanaticism, don't need any more motivation. Just ask Art Modell, who is still exiled from the state of Ohio after he moved the Cleveland Browns to Baltimore in 1996. James is now a peg below, if not alongside Modell as Enemy No. 1 in Ohio, and he might have to wait a while before again stepping foot in his hometown. (Note: a while might mean forever.)

Bill Livingston of the Plain Dealer writes that Cleveland's omission was a a deliberate slap in the face to the city.  Maybe.  Definitely cold, but in keeping with James' past behavior.  Despite being a lifetime Ohioan, James was never a diehard Ohioan. He has always pledged his allegiance to Akron but never to Cleveland or Ohio itself. And he never pretended otherwise. That's why he had no qualms about wearing a New York Yankees or Dallas Cowboys cap, even at games in Cleveland.