Deadspin betrays source Jenn Sterger while covering the QB's alleged explicit e-mails. What can we learn from this? 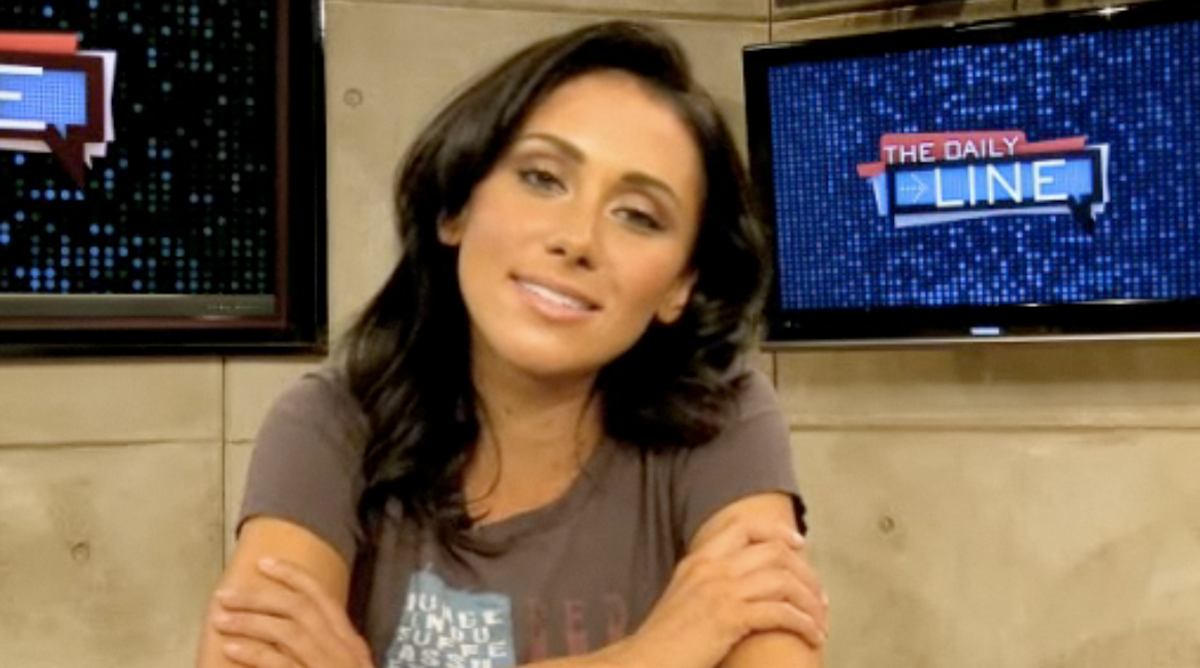 I don't want to alarm you, but you should probably go ahead and assume that anything you e-mail, text, photograph or record might someday wind up broadcast to the entire Internet community. Unconvinced? Let us enter then into evidence the faith-in-humanity-killing tale of Brett Favre, his penis, an attractive female reporter and Deadspin.

Two years ago, while former Florida State Cowgirl Jenn Sterger was working for the Jets as an in-house reporter, she crossed paths with the legendary quarterback, who she claims promptly commenced making "flirty and strange" advances. Though she says she rebuffed him, he pressed his case, upping the ante by sending Sterger a little promotional material in the form of a photo of his penis. And then he allegedly did it again, multiple times. Flaunting it, wanking it, grabbing it -- and photographing it and e-mailing it.

How do we know this? Because a year later, while discussing a possible collaboration with Deadspin, Sterger spilled the beans to editor A.J. Daulerio, in what appears to have been a friendly, off-the-record conversation. Sterger, Daulerio claims, "balked about releasing the photos or voicemails," stating very clearly via e-mail "NOT A WORD OF THAT SHIT TO ANYONE."

And the reason that you're reading this now is because word of that shit did indeed get out. What had been merely a vaguely tawdry anecdote in the long ago postseason of last winter suddenly became hot stuff this week as rumors that Favre was going to announce his retirement -- again -- kicked into overdrive. On Tuesday, Daulerio wrote Sterger, "I'm very close to running your Favre allegations today. I've spoken to the Jets about this. So let me know how you want to proceed, please. I'd prefer you were on the record about this stuff, but I understand if you don't want to be. However, I do have our e-mail conversations we had and, frankly, that's enough to get this started. Not trying to dick you over, but, there was no way I was going to sit on it forever, either."

Sterger, who by now must be quite the old hand at dealing with persistent douche bags, was having BlackBerry problems but sent a garbled reply, "I can ... as soon as I get this thing back and running. or you could meet me in person on my way to studio in a few hours." That was enough for Daulerio, who, as they say, took the ball and ran with it -- even though "Jenn and I never connected yesterday, either in person or on the phone."

To recap: Brett Favre is apparently the kind of guy who goes around e-mailing pictures of his wang to women he barely knows, without consideration that said wang shots might then be disseminated to people other than their intended recipients. Jenn Sterger is apparently the kind of lady who shows incredibly damning e-mails and texts to reporters, in the hope that they won't publish them. And A.J. Daulerio is, by his own admission, "a dick." And here I thought we were in the trust tree.

If someone sends a person, unsolicited, an image or message that is creepy, gross or just ridiculous (I'm looking at you, Favre) it doesn't oblige the recipient to keep it confidential. It just reflects a whopping amount of naiveté, idiocy, or maybe just plain old monster-size ego on the part of the sender. Did Jezebel breach protocol publishing Andrew Cohen's snippy e-mail to Lizzie Skurnick?  He obviously preferred to communicate in a one-on-one medium, but that's not Lizzie Skurnick's problem.

If, however, you're having an ostensibly intimate exchange, à la Tiger Woods and Josyln James, there's an implied hope that neither party will go public. There's just sure-as-hell no guarantee, as any adult who's ever made a sex tape should have grokked by now. And if you're talking to someone from Deadspin, you might as well just wait for them to publish it.

In the ensuing fallout from the Favre shlong kerfuffle, Deadspin has taken heat for its cavalier treatment of Sterger's explicit request to keep her out of the story. Daily Finance asked, "Did Daulerio willfully misinterpret a source's indecision and hesitation, thereby breaking a promise to keep her information off the record?"  while On The Forecheck put it more directly, saying, "They're dragging the genre down the toilet bowl." Deadspin's own chipper Yup, we're jerks defense may be breathtakingly glib, but at least doesn't reek of the pretense of ethical hand wringing.

That this happened doesn't make it fair or right to take something private and expose it; in fact, it's a completely crappy thing to do to another human being. I believe it's exponentially crappier if you're in the media, but as a journalist/memoirist friend once said: "You know what I do. It's up to you to decide what you tell me." Sterger may have asked for confidentiality, but it doesn't appear she was ever promised it. As we all scramble for maximum eyeballs, it's easy to see -- if not excuse -- Deadspin's eagerness to throw her under the proverbial bus.  And it's a cautionary tale for all of us who've ever said or done anything intimate, personal or potentially career-damaging -- and that is surely all of us.