The rich and the rest of us 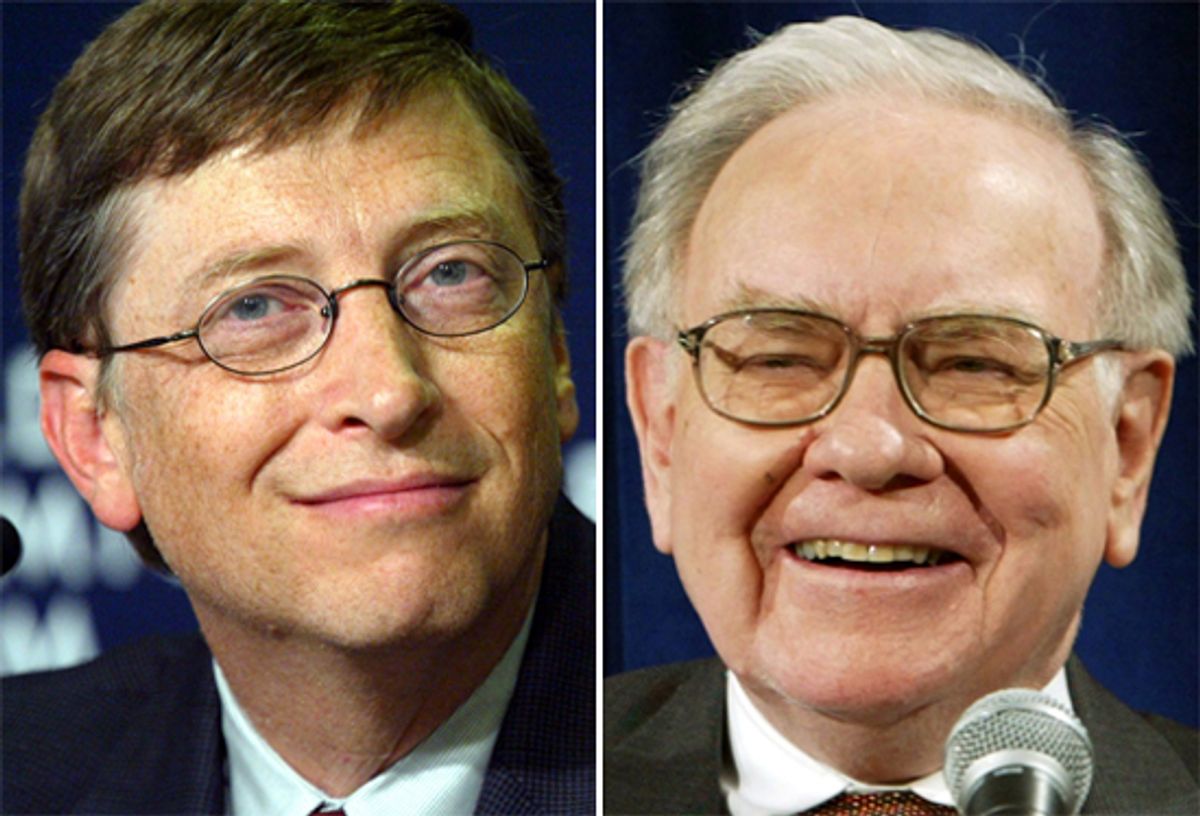 Forty of America’s richest families or individuals -- almost all billionaires -- have pledged to donate at least half their fortunes to charity. The total is a whopping $125 billion. Warren Buffett and Bill and Melinda Gates reached out to some 80 members of the Forbes billionaires list, seeking their pledges.

I think it’s admirable that Bill and Melinda Gates and Warren Buffett give so much to charity and have corralled other billionaires to do the same.

But I’m also appalled at what this reveals about how much money is now concentrated in so few hands. It’s more evidence we’re back in the late 19th century when robber barons lorded over the economy and almost everyone else lost ground. The Vanderbilts, Carnegies, Rockefellers made so much money they too could give away large chunks to charity and still maintain their outsize fortunes and their power and influence.

Most telling is how much wealthier the richest have become over the past year. Forbes magazine’s list of the world’s billionaires (40 percent of them Americans) show them with an average net worth of $3.5 billion -- and an average increase of $500 million in the last 12 months.

America’s median hourly wage, meanwhile, dropped last year, and it continues to drop. That’s not even counting the 15 million Americans still out of work.