A CNN anchor expresses the crux of "mosque" opposition 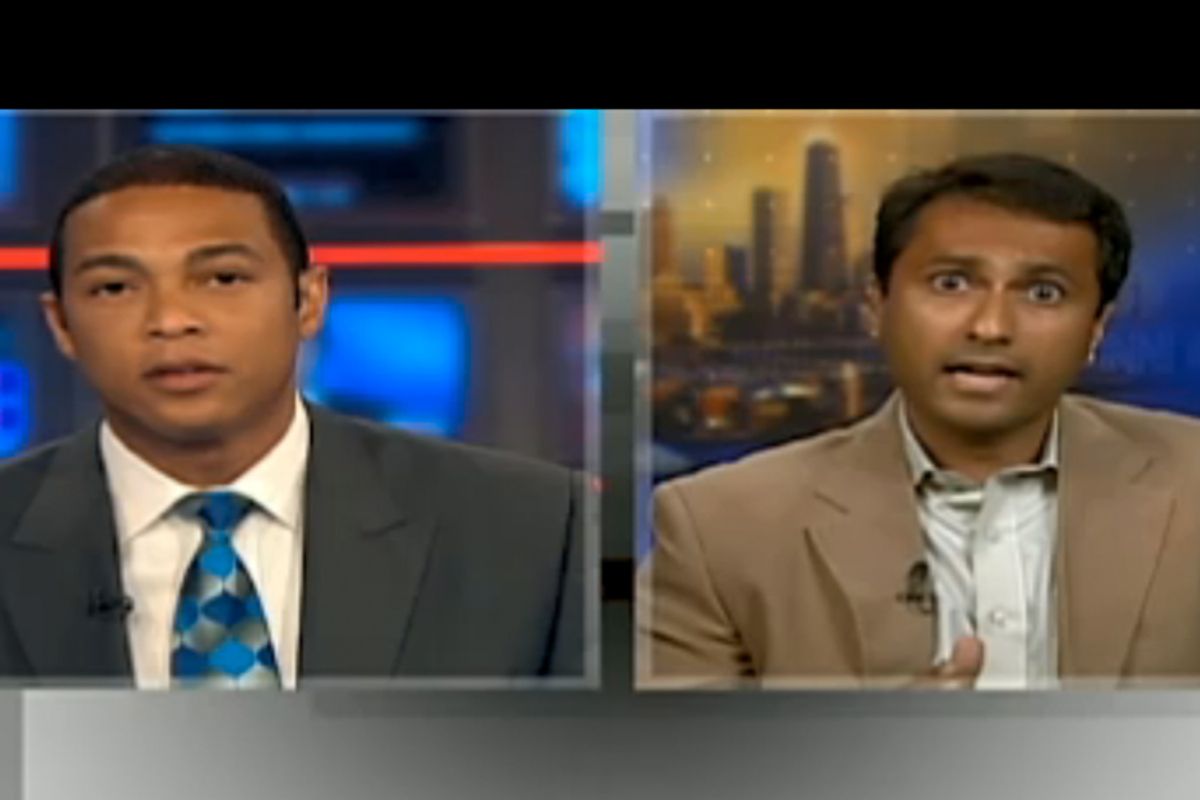 CNN anchor Don Lemon hosted a "debate" this weekend over the Park 51 Community Center in Lower Manhattan (misleadingly described everywhere as the "Ground Zero mosque") in which Lemon dropped his mask of journalistic objectivity completely and, in doing so, perfectly captured the crux of the ugly case against Park 51.  This is the exchange he had with Eboo Patel, Executive Director of the Interfaith Youth Core, after Patel explained that religious liberty and pluralism have been core values of America since the founding (video below; h/t Farhan Khan):

Lemon:  Don't you think it's a bit different considering what happened on 9/11?  And the people have said there's a need for it in Lower Manhattan, so that's why it's being built there.   What about 10, 20 blocks . . . Midtown Manhattan, considering the circumstances behind this?  That's not understandable?

Patel:  In America, we don't tell people based on their race or religion or ethnicity that they are free in this place, but not in that place --

Lemon:  [interrupting] I understand that, but there's always context, Mr. Patel . . . this is an extraordinary circumstance.  You understand that this is very heated.  Many people lost their loved ones on 9/11 --

Patel: Including Muslim Americans who lost their loved ones. . .  .

Lemon:  Consider the context here.  That's what I'm talking about.

Patel:  I have to tell you that this seems a little like telling black people 50 years ago:  you can sit anywhere on the bus you like - just not in the front.

Lemon:  I think that's apples and oranges - I don't think that black people were behind a Terrorist plot to kill people and drive planes into a building.  That's a completely different circumstance.

Patel:  And American Muslims were not behind the terrorist plot either.

That sums it up about as well as anything I've heard.  Nothing related to Muslims should be near Ground Zero, because it was Muslims generally -- not the handful of extremists -- who flew the planes into those buildings.  It's just amazing that that last point from Patel even needs to be uttered, but it does.  This campaign is nothing different than all of the standard, definitively bigoted efforts to hold entire demographic groups of people responsible for the aberrational acts of a small percentage of individual members.  Congratulations to CNN's Don Lemon for laying it all out in its naked clarity. This whole controversy is exactly that disgusting.

Senate Majority Leader Harry Reid -- the top-ranking Democrat in the Congress -- joined Sarah Palin, Newt Gingrich and friends today in opining that Park 51 "should be built some place else."  Make sure you donate to Reid's campaign, as it's absolutely vital that this Good Democrat wins!