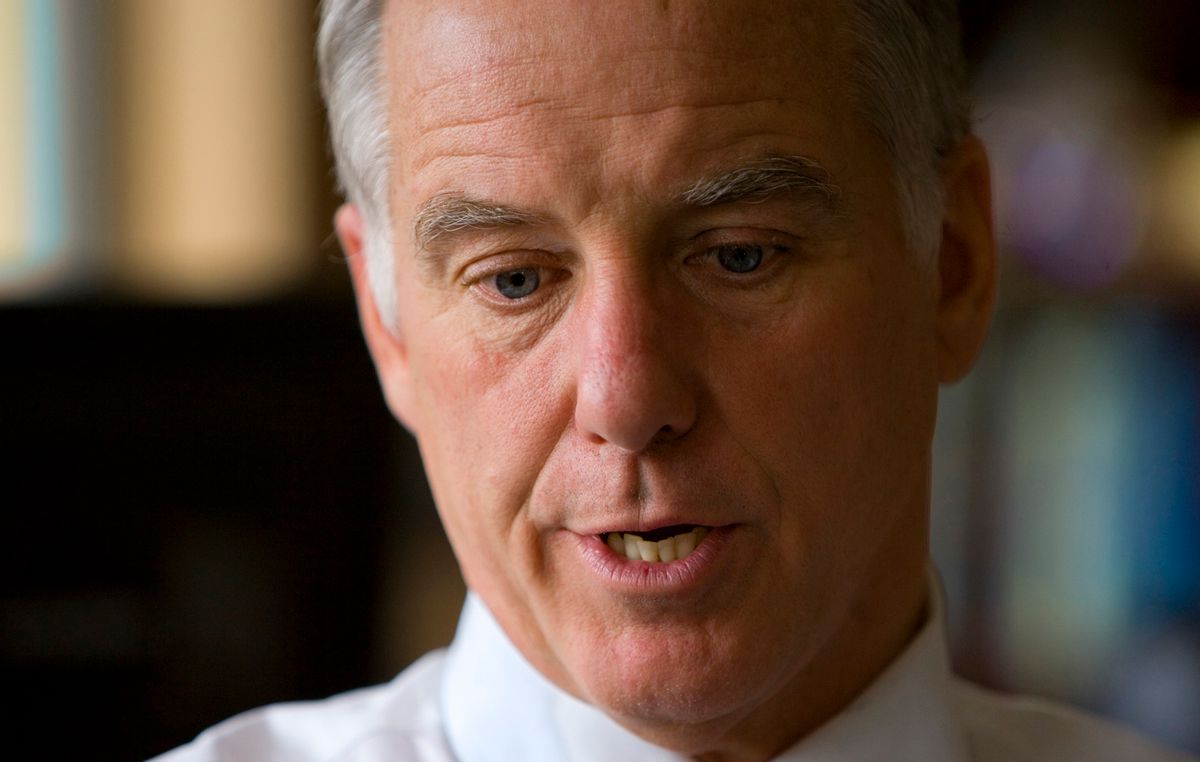 Howard Dean spoke to me this afternoon for roughly 20 minutes regarding his remarks on a New York City radio station yesterday concerning the proposed Islamic community center in Lower Manhattan, as well as the response he wrote, published today on Salon, to my criticisms.  During our conversation, we had a brief dispute about whether, during his radio interview, he advocated for Park 51 to be moved (as I claimed), or whether he merely called for a "dialogue" about that prospect (as he repeatedly claimed today).  Here's the part of his WABC interview I had in mind:

DEAN:  I think another site would be a better idea, but I would look to do that with the cooperation of the people trying to build the mosque . . . . We ought to work out a compromise so everyone is accommodated by this.

During my discussion with Dean, I quoted from a post by Law Professor Darren Hutchinson, which can be read here.

The video discussion with Dean, in two parts, is below:

UPDATE:   Several related items:  (1)  The grass-roots group which Dean founded, Democracy for America, quickly issued a statement today taking the opposite position as the one Dean took on Park51, even seeming to criticize Dean indirectly; (2) Greg Sargent details why, contrary to Dean's argument, the "debate" itself can indeed prevent the community center from being built, by scaring away funders and others whom the project developers need; (3) Fareed Ahmed explains why there is such a pressing need for Islamic prayer space specifically in Lower Manhattan; and (4) the Forbes article I referenced by former FBI interrogator Ali Soufan -- arguing that forcing Park51 to move will endanger America's standing in the Muslim world to the detriment of national security-- is here, and well worth reading.