The upside to cancer

A few days ago, I told people about my diagnosis. Now their kind words are bringing me higher than ever 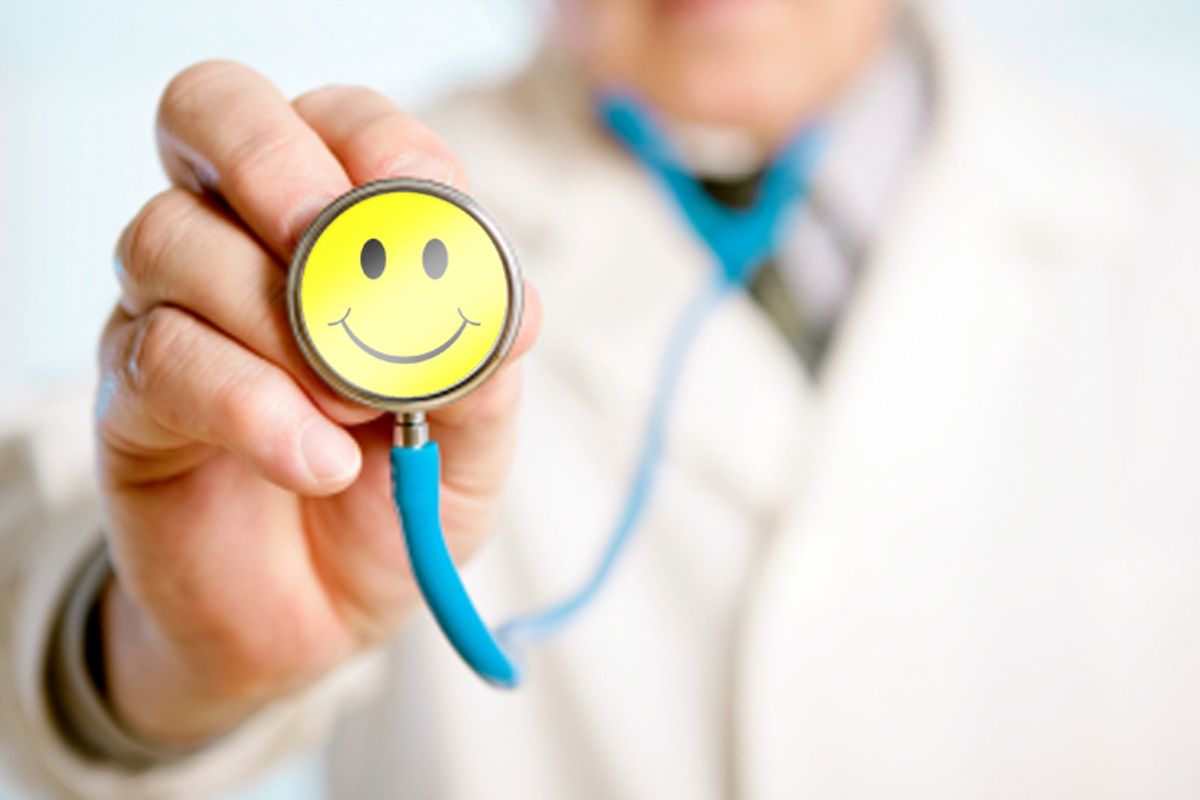 People don't talk enough about the upside of cancer. They say "malignant" like it's a bad thing. They can be such downers.

On Aug. 11, I joined a club whose admission requirements suck out loud, but whose members are among the most ferociously extraordinary individuals on earth. After I outed myself in a story here a few days ago, from all corners you came. You wrote to me your own stories of living with disease and beating ridiculous odds. You gave me the contact information for skin cancer specialists in London, for alternative healers in Illinois, for social workers. You took a few minutes out of your own busy lives to be kind to a stranger.

And my friends, holy crap, my friends. You volunteered to disrupt your schedules to fly in from Miami and San Francisco. You said, my uncle is an oncologist; my wife is a nurse; my father is on the board at Mount Sinai; do you need referrals; do you need second opinions? You announced, I have a medical marijuana card; do you need pot? You asked, how is your insurance; do you need money? You offered, do you want to get away? Come to Los Angeles. Come to New Orleans. Come to Missoula. Come to Burlington.

Liz, my best friend from grammar school, who I haven't seen since I was 13, you said I could stay with you in the Catskills. My friends nearby, you deluged me with offers of food, liquor and baby sitting. You wrote e-mails like, "Wig sex is hot. Like you don't already know." King Kaufman, after enduring your own medical nightmare last winter, you wrote, "Bitch. This was my year." Larry, you took me out for drinks and observed, in your typically half dozen-word way, "You're my favorite person with cancer." Tom, you said, let's go to the roller derby finals in Chicago. Jesse, you said, let's go skydiving. Let's go, you all said. You used, when discussing disease, the kind of elaborate profanity rarely encountered outside of a Mel Gibson voice mail. And then you held my hand, and you didn't need to say anything at all. You sent me sunflowers. You sent me book recommendations. You were not maudlin or lame or icky. You kicked lousy news in the face with wit and energy and passion. You bowled me over.

When I was mugged in May, a friend who endured a far worse attack said, "The thing about an experience like this is that it shows you what you're made of." Now I know, cancer will show you what everybody else is made of.

I don't need to remind you that there's plenty to disappoint in human nature. (That's what Fox News is for.) I've had as much of my share of being screwed over and bitch-slapped by life as anybody. But I know that the reason you say you're sending good thoughts or prayers or whatever you want to call them isn't because they're just some feel-good exercise in pointless gesturing. Not, I promise, when the person you're sending them to is so gratefully accepting of them. Because despite what a certain kooky Showtime series may lead you to believe, cancer is not all dancing on the furniture and cartwheeling in the halls. Connection is all we have in this world, and you, with your generosity and your spirit, have managed to sync me up to its biggest, most powerful network. To put it in geek terms, I'm on the grid, lit up with everything that's been coming my way. At times it's been overwhelming, your goodness. I've found myself sobbing and laughing at the same time, reading your messages, listening to your voice mails, hanging out with you, astonished at the enormity of your hearts. You've given me the best week of my kickass life. (Sorry, spring break '85.)

The other day my deeply adored friend Walt wrote three simple words. "Whatever you need." So in case you're wondering, that's what you get when you get cancer. You get love from every corner of the world, from friends and strangers. You get people throwing open their doors, extending their hands, showing up at your house with wine. You tap into something so amazing it could break your heart.

I always hate it when anybody is described as "losing the battle with cancer," as if immortality is an option for any of us (I've got some bad news if you think it is), or that dying is somehow for losers. I'm scared shitless, of course. I assume that the sunny optimism I feel today will give way to a whole lot of crankiness after I go under the knife Friday. And I'll say of cancer what I said this spring of my muggers: that this thing picked the wrong crazy bitch to mess with. My brand-new oncologist says her initial impression is that we will be "aggressive" and that this will be "treatable" and I figure she doesn't get the big bucks to be a quack about such things. I can't wait for this to be nothing more than a memory and a new hairstyling challenge.

But the other night, reading a Garth Nix book to my daughter, I came upon the phrase "euphoric invincibility" and found it terribly apt. "Euphoric," that's the word. I'm higher than Cheech, Chong, Harold and Kumar put together on every good thought, every compassionate gesture that's come my way. Invincible. Strengthened by it all, so that no matter what happens next, I could never feel defeated. Not after I've experienced this.

Less than two weeks ago I stood on a platform 20 feet in the air, my toes hanging over the edge. "You're thinking too much," the trapeze instructor said. "Just let go." Today, I'm overthinking my cancerous head off more than ever. But I'm OK about the leap. How could I not fly, with so many strong arms reaching out to catch me? I'm so lucky, I wouldn't trade places with anybody in the world right now. Thank you. Here I go.