Doctors: Lohan not a drug addict 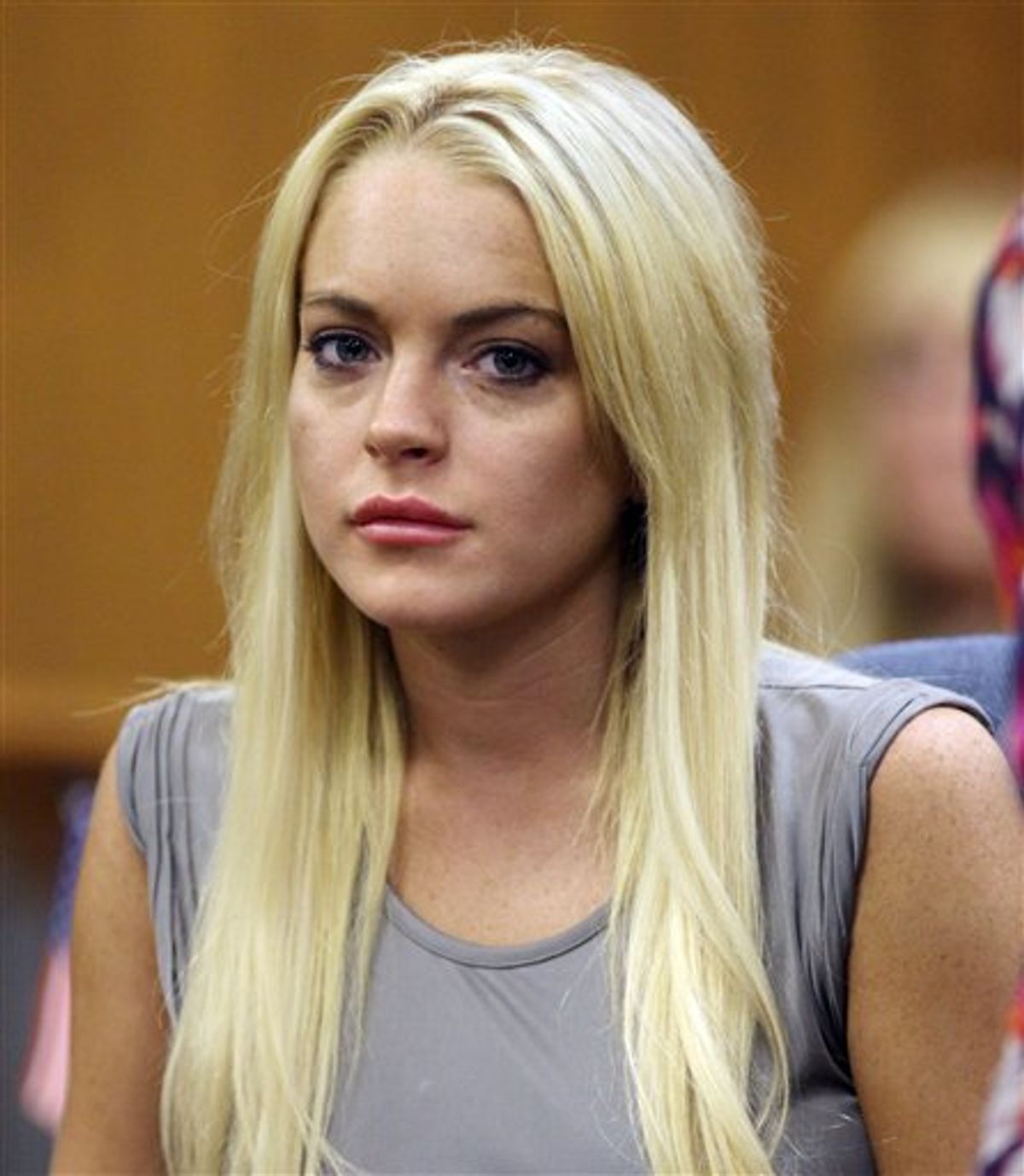 FILE - In this July 20, 2010 file photo, Lindsay Lohan is shown in court in Beverly Hills, Calif., where she was taken into custody to serve a jail sentence for probation violation. (AP Photo/Al Seib, file) (AP)
--

Well, don't we look stupid, all of us who've cracked wise about Lindsay Lohan being a coke-fiend and bipolar nut job. The joke, it appears, is on us.

According to the doctors who evaluated Lohan at the UCLA rehabilitation facilities, the 24-year-old actress does not -- repeat: does not -- suffer from drug or psychiatric problems. The root of her manic behavior, doctors say, lies in her misdiagnosis for attention deficit hyperactivity disorder, commonly known as ADHD, for which she was then prescribed the drug Adderall.

Dr. Joe Haraszti, a prominent Los Angeles addiction specialist, tells TMZ that the side effects of Adderall are similar to those of cocaine and methamphetamine: manic symptoms, insomnia, "driving around until all hours of the morning … smoking heavily … tweeting … and texting all night long."  Wow, he just described the last three years of Lohan's life.

But what about the alcohol abuse? Does Adderall explain Lohan's face-plant-inducing proclivity to binge drink?

Turns out, it does. "Adderall counteracts the sedative side effects of alcohol use," Dr. Marc Kern, another addiction expert, tells TMZ, "making these people often drink more than someone who does not take the drug."

The UCLA doctors reportedly believe that Judge Marsha Revel's sentence of 90 days of rehab was too severe, and that 30 days with outpatient care would suffice. Lohan's father, Michael, agrees and is demanding his daughter's early release.

Lohan will stay in rehab at least another week until a judge reviews her situation on Aug. 25.