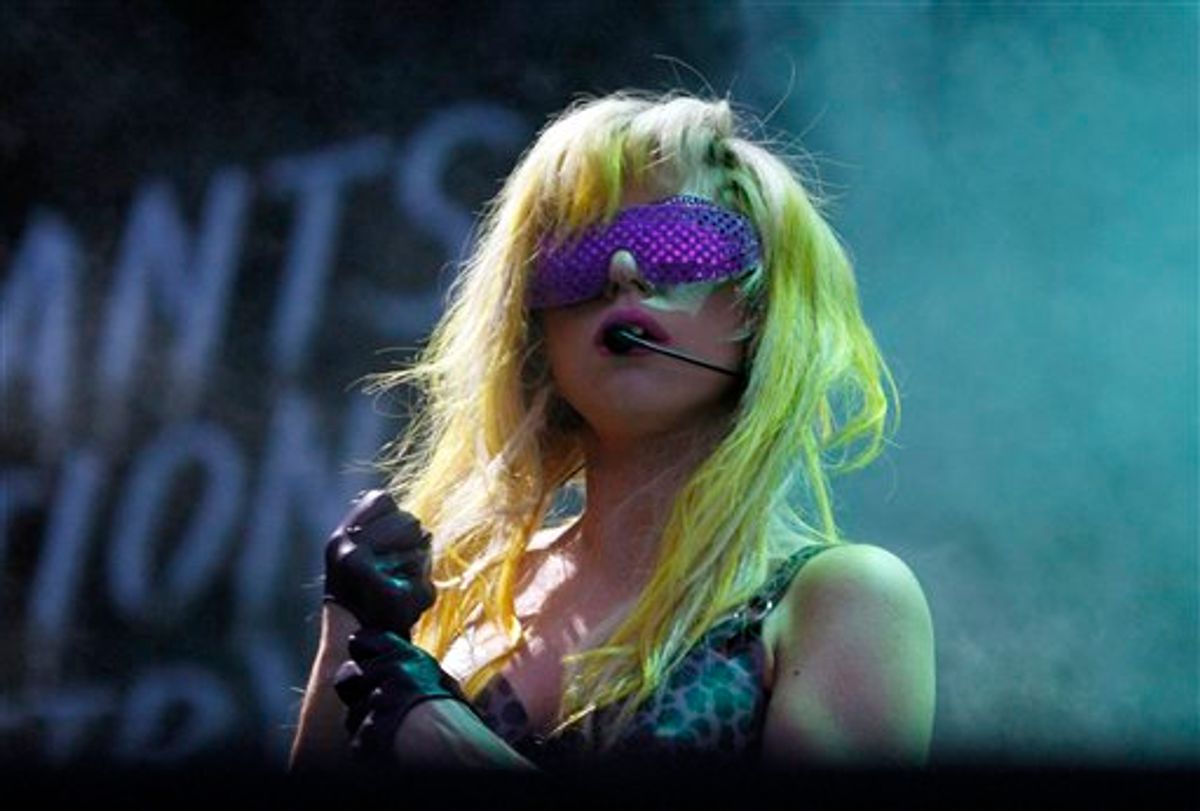 Lady Gaga can't be stopped -- on the Billboard charts, or in the social media game. The glam rock-inspired artist is now the most followed person on Twitter, with 5.74 million followers, eclipsing former title-holder Britney Spears' 5.71 million (which is, be honest, kind of surprising in itself, right?).

This is just the latest online triumph for Gaga. The social media tracker Famecount.com ranks her as the most popular celebrity on the internet, with a perfect score of 100 percent on its Famecount scale. Trailing her is President Obama (90.46), the leader of the free world, and Justin Bieber (88.8), the holy grail of tween girls everywhere.  Along with the Twitter crown, Lady Gaga boasts 16.37 million fans on Facebook (compared to Obama's paltry 12.79 million) and 333,358 YouTube Subscribers.

It's now safe to say Gaga is the queen of social media. But she promises to be a benevolent monarch.

"I vouch never partake in celebrity online shenanigans," she says in her inaugural video (see below) posted on YouTube shortly after her coronation.

Gaga goes on to thank her fans, wishing them well in future social networking. "May you always have soft cuticles while tweeting," she says, waving a fluorescent blue wand amid a cloud of glitter. "May you never have carpal tunnel."