"Army of Crime": Real inglorious bastards of the Resistance

A French World War II thriller tells the real story of those who fought back, amid a huge majority who didn't care 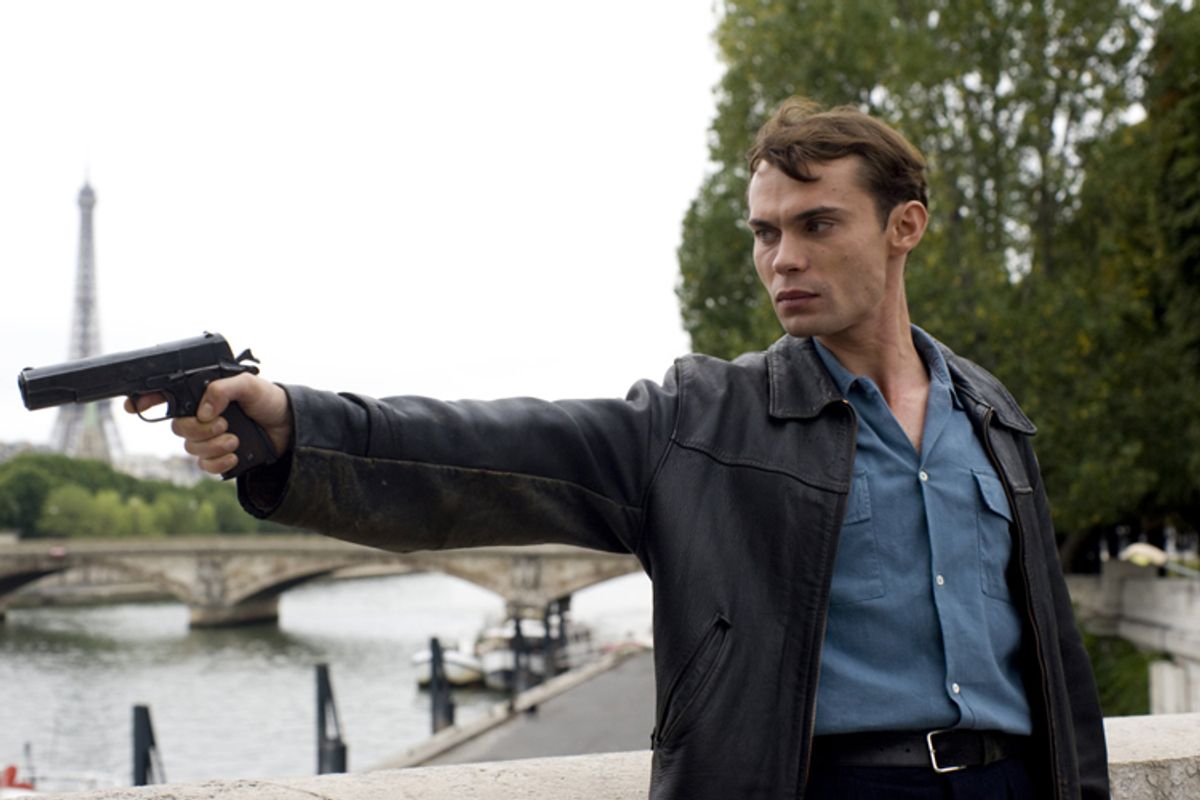 Nobody's likely to confuse French director Robert Guédigian's dense, multi-stranded French Resistance flick "Army of Crime" with the extended "Saturday Night Live" sketch that is Quentin Tarantino's "Inglourious Basterds," or with Jean-Pierre Melville's brooding, downbeat 1969 masterpiece "Army of Shadows." But this is a solid, spellbinding drama based closely on real history, which along the way offers a not-so-subtle commentary on the diverse, immigrant-rich society of contemporary France.

Like all modern nations, France always represented a confluence of different peoples, but for many years the official republican ideal prevented much public discussion of ethnic differences, and enabled a quasi-official racism and anti-Semitism. In the very first scene of "Army of Crime," Guédigian -- himself a native-born French citizen of Armenian ancestry -- calls this dramatically into question. As a busload of wartime prisoners is transported to an unknown destination by their Nazi-collaborator jailers, we hear an unseen narrator reciting an honor roll of names, each one followed by the phrase "mort pour la France" ("died for France"). The surnames are Polish or Hungarian or Armenian or Jewish or Russian or Italian -- hardly any would have been recognized by a nationalistic Frenchman of those years as "truly French."

There's a lot of historical truth to that, especially because the Resistance in Nazi-occupied France was closely tied to international socialism, a movement that attracted many people from Eastern Europe, the southern Mediterranean and the Jewish diaspora. Guédigian is of course making the point that the French-identified majority population largely capitulated to Nazi rule and raised no strong objections to ethnic cleansing -- whatever they may have wanted to claim later -- while newcomers risked their lives for the supposed ideals of "liberté, égalité et fraternité."

You've got to stick with "Army of Crime" for a bit until its characters and plot start to cohere, but it tells the largely true story of a daring, ragtag Resistance unit led by Armenian poet Missak Manouchian (Simon Abkarian) and his wife, Mélinée (gorgeous French starlet Virginie Ledoyen). Others in the group include Marcel Rayman (Robinson Stévenin), a handsome young French Jew who carries out a reckless series of public assassinations of German soldiers, a Hungarian family who host clandestine gatherings in their Parisian bar, and a swaggering, streetwise Polish Communist named Henri Krasucki (Adrien Jolivet) -- who would actually survive the war and become a player in French left-wing politics.

It's entirely possible that Tarantino had the Manouchian group in mind when inventing his fictional Resistance cell for "Inglourious Basterds." They had no training, few resources and were not especially well organized, but they flew so close to the ground -- and got such good leaks from sympathetic French authorities -- that they bedeviled and embarrassed the Nazis for years, finally staging a big attack that Berlin could not ignore. No, they didn't assassinate Hitler and prevent the worst crimes of the Holocaust. But as "Army of Crime" demonstrates, they did lay down their lives courageously, on behalf of a nation that wasn't entirely sure it wanted them to.

"Army of Crime" is now playing in New York and San Francisco, with more cities to follow.