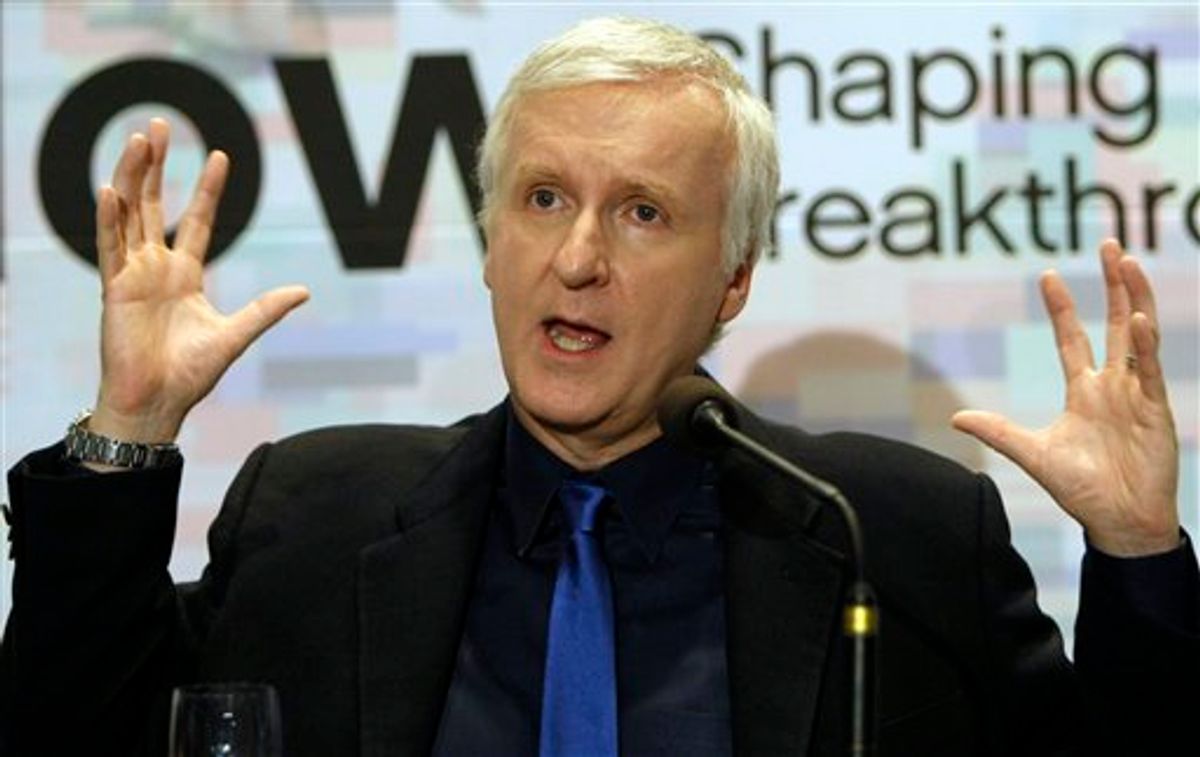 The movie pushes 257 minutes -- a mind-numbing length that is, as Cameron put it, "strictly for hyperfans."

But is this rehashing any surprise?

"Avatar" was bound for milking, with two additional installments, undoubtedly with their own re-releases and myriad Criterion and collector's editions of Blu-ray discs, which, to the normal person, are indistinguishable. It is, after all, the most lucrative movie of all time. So the sci-fi epic was bound to be a trilogy whether Cameron wanted it or not. Movie executives would be idiots to kill this golden egg-laying goose.

But if there were any doubts, they were dispelled today when Cameron gave the first details on the sequels.

The unnamed "Avatar" 2 and 3 will likely be shot back-to-back, Cameron tells MTV, and he says they won't hit theaters until at least 2014. Which, for you impatient Avatards, should be tolerable considering the first installment took 15 years from conception to the big screen.

If that's not enough, Cameron, an avid deep-sea diver, also hinted that the sequel will take place underwater, describing Pandora's oceans as "equally rich and diverse and crazy and imaginative" as the setting for the first film.

Here's an interview with Cameron discussing the future "Avatar" films: