The daily calls the French first lady a "prostitute" again, and then takes things to a whole new level 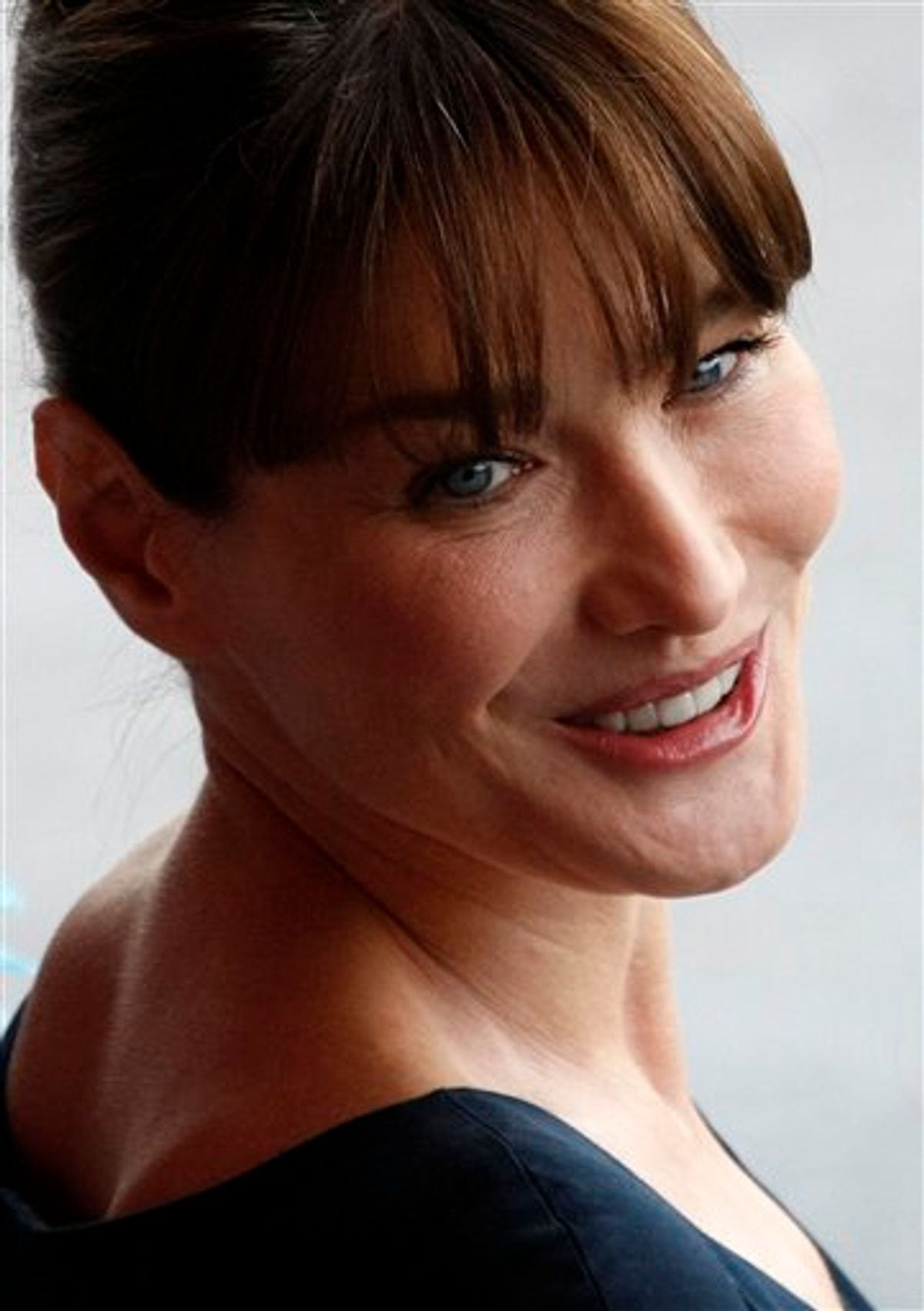 Iran's daily newspaper has offered some clarification about reports that it called the first lady of France a "prostitute" -- you know, just in case any of us in the Western world assumed an unflattering mistranslation was to blame or that the comment was taken out of context. On Tuesday, the Kayhan paper made clear that, yup, it called her a prostitute -- and this time, it added that she also "deserves to die."

When I wrote yesterday about the paper calling her a "hypocrite" for defending an Iranian woman sentenced to death for adultery, I speculated that the editorial powers that be saw Bruni-Sarkozy as "deserving of death as well." At the time, I actually wondered for a moment whether I was being hyperbolic. Sadly, it turns out I wasn't at all.

In the meantime, the Iranian government has expressed mild disapproval of the paper's remarks. (It's worth noting that the daily is supervised by the Supreme Leader Ayatollah Ali Khamenei's office.) Ramin Mehmanparast, spokesperson for the Iranian Foreign Ministry, said: "The media can properly criticize the wrong and hostile policies of other countries by refraining from using insulting words." Translation: Next time, make your murderous ire a little more subtle, dudes.