The rapper takes to Twitter to makes amends with the country singer, wants her to sing over his music 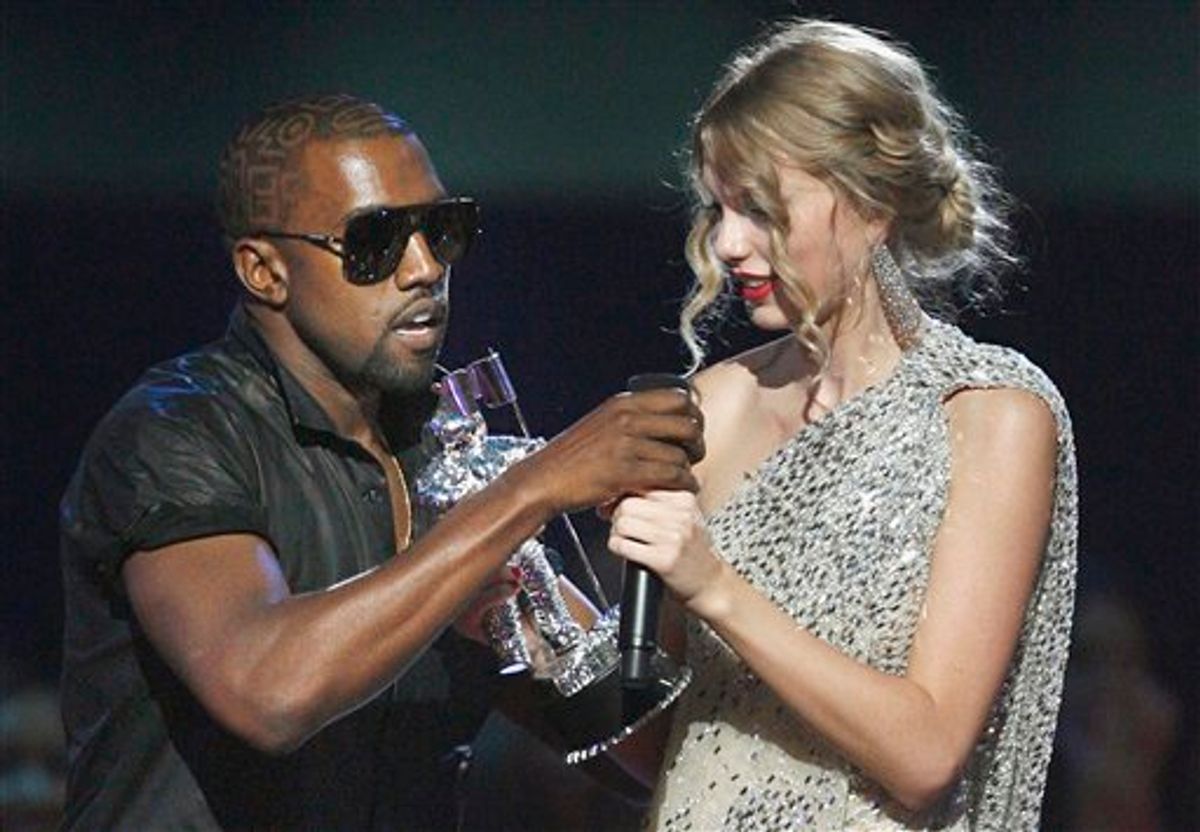 Kanye West apologized to Taylor Swift over the weekend on Twitter. The apology was, of course, for his drunken ambushing of Swift's acceptance speech at the 2009 MTV Video Music Awards, sullying the spotlight of the industry's preeminent sweetheart. And though the act of remorse is about a year too late, West offset what he lacks in timing with persistence and a heartfelt gesture -- or, as heartfelt a gesture as possible via a social media website.

It was simple, to the point, and that alone probably would've sufficed … but the floodgates were open, baby, and West kept going and going. "I've hurt, I've bled, I've learned. I only want to do good. I am passionate, I am human, I am real. I wish I could meet every hater," West went on.

He didn't stop there. "If you google Asshole my face may very well pop up 2 pages into the search." At least he wasn't so hard on himself as to say he'd be the top result.

But even falling on his own sword wasn't enough. The rapper-producer then did what he does best -- create music -- and crafted a track over which, at West's wishes, the country pop star would sing. "I wrote a song for Taylor Swift that's so beautiful and I want her to have it," West wrote. "If she won't take it then I'll perform it for her."

It was a surprising moment of humility for a musician known for his arrogance. But anyone who's heard West's last album "808s & heartbreak" knows he's always been a romantic at heart, a gentle soul beneath a jagged exterior, and this proves it. MTV News seems equally impressed by West's effusive admission, ranking him alongside Chris Brown, Justin Timberlake and feces-dumping Dave Matthews Band on the list of Best Musician Apologies.

But let's be honest here: a Kanye West and Taylor Swift collaboration? How would West's predominantly hip-hop beats mesh with Swift's distinctive Nashville twang?  Entertainment Weekly takes a guess at how it would sound, but we can only hope it's as pleasant as West's newfound humility.