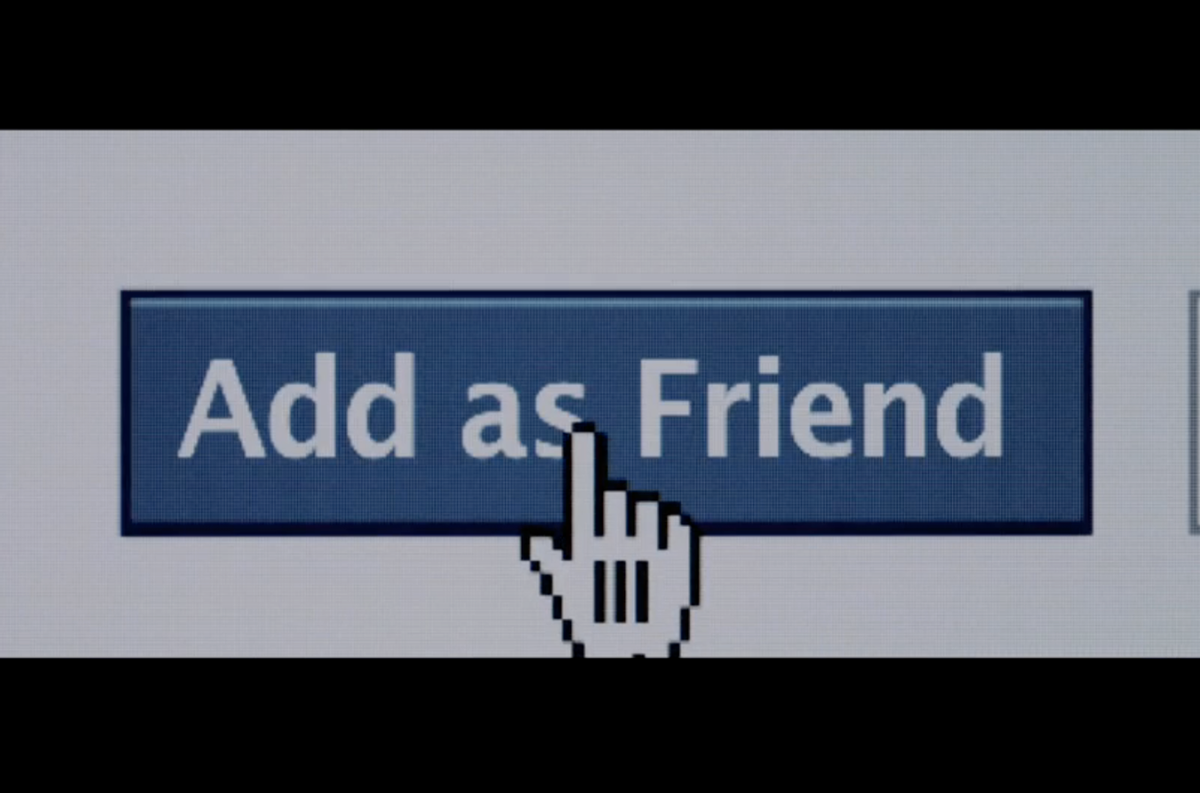 As if to validate the suspicions of your above-it-all friends who claim they can't be bothered with the superficial world of social media, news out of Canada's York University declares that the crappier the self-worth, the likelier a person is to be Facebooking. In a study of 100 18-25-year-olds entitled "Self-Presentation 2.0: Narcissism and Self-Esteem on Facebook," undergrad psychology student Soraya Mehdizadeh found that "individuals higher in narcissism and lower in self-esteem were related to greater online activity," especially the "self-promoting" variety that "appear to attempt to persuade others about one’s own positive qualities." Is your profile picture a little too good? Are your interests a little too clever? Guess your parents didn't love you enough.

For a small study by an undergraduate student, Mehdizadeh's findings made big headlines around the world – because who doesn't revel in a story about how terrible the kids today are, with their Internet and all? Or as the UK Telegraph summed it up with a smug, told-you-so explanation, Facebook is "a haven for narcissistic people because they can establish a large number of hollow 'friendships' without having to establish a real relationship." And you thought everybody was just there for the Farmville.

It's true that you can't have more than five Facebook friends without at least one of them displaying some truly epic attention-hogging, possibly wildly-inappropriate behavior: those 500 new pictures from vacation, the passive-aggressive "Why does everything happen to me?" status updates, the dreaded "Why didn't you respond to my poke?" guilt trips. For the navel-gazing, validation-craving and just plain emotionally needy, Facebook is undeniably a thumbs up-filled bonanza.

But there's more to social media than pleas of "Look at me, world!" and self-absorption isn't what it used to be. Study author Mehdizadeh, who tellingly boasted to the Star newspaper this week that "To be honest, I don't use Facebook much,"  certainly seems to have stacked the deck against those who do. In her paper, she editorializes the medium as "a gateway for hundreds of shallow relationships and emotionally detached communication."

Every day brings new opportunities for Facebooking too hard – a peril that is far from the exclusive domain of the under 25 set. (Exhibit A – the braggart parent brigade.) Yet it seems wildly inaccurate to characterize choosing to present oneself in a positive light as a sign of excessive vanity. Gosh darn, people were so much less self-involved before mirrors and regular bathing! Why then, when technology has radically changed the way we interact in the normal course of our days, are we clinging to pre-Internet standards of what constitutes socially healthy attitudes and behavior?

People "self-promote" on Facebook? Isn't that a big part of Facebook's raison d'etre? And while critics have been squirming over the private life as public spectacle nature of online communication since the early nineties, it's only part of the story. What the York University study – and the tripping-over-itself ensuing media coverage declaring that "You, my friend, are narcissistic and insecure"  fails to grok is that just because a percentage of a community are full-on attention whores doesn't invalidate the rest of the group – of all ages – who don't just bleat into the void but understand the value of giving, who may happily accept an "attaboy" for acing exams or getting a new job but will gladly do likewise for a friend or even casual acquaintance. Because connection, as most of us know, is not a one-way adventure. And in a world of trolls and plentiful ugly behavior on and offline, presenting one's best self hardly seems much of a moral failing. Sounds more like a reasonable aspiration.