This week in crazy: Kanye West

A year after his Taylor Swift debacle, the rapper takes apologies -- and hubris -- to the next level 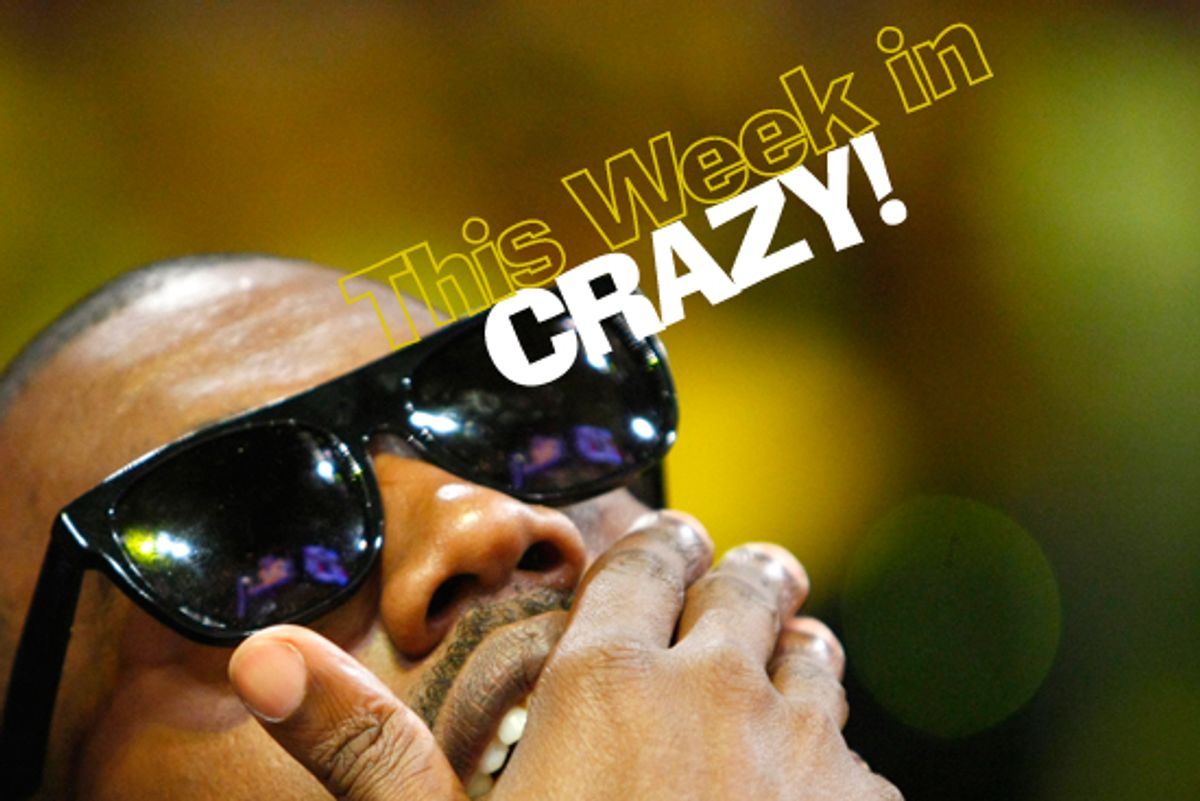 This weekend, America will mark the anniversary of an event that both divided us and brought us together, a shocking moment that will forever be etched in our collective psyche. Yes, it's already been a year since Kanye West hijacked Taylor Swift's victory at the MTV Video Music Awards with the "Imma let you finish" heard round the world.

In the ensuing 12 months, Mr. West has beaten a path back into our good graces in his usual unorthodox way. For a while, he laid low -- to the extent that such a thing is possible for a man who has appeared on the cover of Rolling Stone in a crown of thorns. He went to Hawaii to toil on his new album. He managed to not upstage anyone at the Grammys, Oscars, Golden Globes, Emmys or even the Kids' Choice Awards. But come on — Kanye not being a loose cannon is about as much fun as a Real Housewife not tipping over tables. It was only a matter of time before he'd return to form.

By the summer, he'd released "Power," a tune that revels in the "screams from the haters," and a video that combines chiaroscuro, Götterdämmerung, scantily clad hot chicks and our hero in a necklace that would make Mr. T shake his head and say, "That's a bit much." He then answered the prayers of lunacy enthusiasts everywhere by taking to Twitter, where he promptly began dispensing cryptic tidbits like "I just be feeling like I need to rap on incarcerated scarfaces some times!" Don't we all, Kanye. Don't we all.

But as this Sunday's 2010 VMAs approached and both West and Ms. Swift were announced for the bill, the air began to hang heavy with an awkwardness unmatched since that time Jennifer Aniston and Angelina Jolie ran into each other at the express line at Sam's Club. That's when Kanye decided to take the high road and do the gentlemanly thing, emphatically restating the apology he made to her last year.

A Kanye mea culpa, however, does not take the form of your typical stuffed-animal-festooned American Greetings "I'm 'beary' sorry" card. It'll be more like a lengthy, peyote-flavored rant, doled out 140 characters at a time. Did you ever have someone call you up to "make amends" and find yourself remembering why you got that restraining order in the first place? Such was the feeling that Kanye's Saturday Twitter litany of contrition inspired. Over the course of the day, he posted 93 tweets -- digressing about race, about his history of outbursts, about his identification with the Broadway musical "Wicked," culminating at last in a simple "I'm sorry Taylor." It was sincere and unmistakably Kanye; it was pure hubris run amok. He didn't hesitate to throw down the gauntlet that "I wrote a song for Taylor Swift that's so beautiful and I want her to have it," adding, "If she won't take it then I'll perform it for her." This is the hip-hop superstar equivalent of submitting a picture of a spider as a payment for a bill. Oh, Kanye, you shouldn't have! No, really, you should not have. Because a big brag nestled within an unsolicited offering is not the wisest way to win the affections of the people, nor the goodwill of someone you describe as "justa lil girl with dreams like the rest of us." Swift meanwhile has remained decorously silent in the wake of West's generous gesture, deciding perhaps that she'd said all she needed to express on the subject last year when she tersely noted she had accepted his apology

The circus of West's lavish self-imposed walk of shame will no doubt include some new and whopping gesture at Sunday's VMAs (come onnnnnnnn, hairshirt!), but maybe afterward he will at last be able to fire up a chorus of Hall & Oates' "She's Gone" and return to his day-to-day problems of what's the smoothest yacht on which to edit a film and where he last left his antique fish tank.

And while he has insightfully decreed that "The ego is overdone ... it's like hoodies," we strongly suspect that Kanye West's ego, like hoodies and his great big bag of crazy itself, is here to stay. And it's so uncomfortably entertaining that frankly we wouldn't have it any other way. So take that, haters.