The Republican threat to shut down the federal government 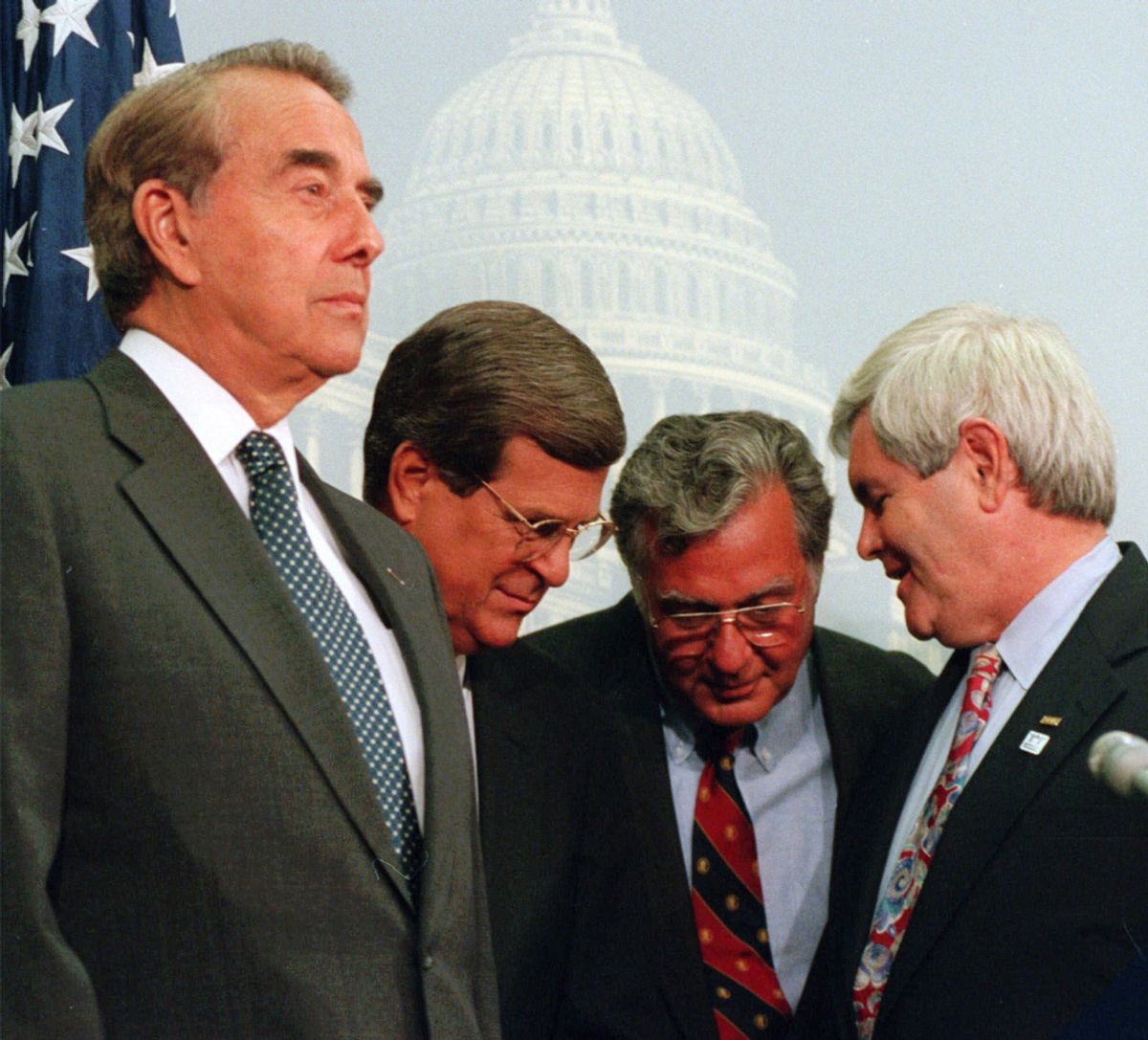 Newt Gingrich is saying if Republicans win back control of Congress and reach a budget impasse with the president, they should shut down the government again. GOP pollster Dick Morris is echoing those sentiments, as is Rep. Lynn Westmoreland, R-Ga., and Alaska GOP Senate candidate Joe Miller.

I am continuously amazed at the GOP’s ability to snatch defeat out of the jaws of potential victory. It is the gift that keeps giving.

I was there Nov. 14, 1995, when Newt Gingrich pulled the plug on the federal government the first time. It proved to be the stupidest political move in recent history. Not only did it help Bill Clinton win reelection but it was a boon to almost all other Democrats in 1996 (Gingrich’s photo was widely used in negative ads), and the move damaged Republicans for years.

Gingrich hurt his cause by complaining that Bill Clinton had put him in the back of Air Force One on a trip that occurred about the same time. Republican lore has it that it was this babyish behavior rather than the shutdown itself that caused the public to side with Clinton in the game of chicken Gingrich launched over the budget. Undoubtedly Gingrich’s whining didn't help, but it was his cavalier attitude toward government itself that was the defining issue. Gingrich was the one who first bragged he'd shut down the government if Clinton didn't agree to what the Republicans wanted.

Now, remarkably, Gingrich is back at it.

Dick Armey says it’s "premature" to talk about doing any such thing. What Armey means is if the public sees Republicans already plotting a shutdown, they’ll react even more angrily than they did 15 years ago.

Americans may be cynical about government but we're proud of our system of governance. And we don't want it to be used as a political pawn in partisan power games. That's what Republicans forget time and again. They dislike government so much they don’t see the difference between government as a bureaucracy and democratic governance as a cherished system.

The framers of the Constitution developed checks and balances to assure one branch didn’t accumulate too much power. But they never contemplated that one party could shut down the entire governmental system if it didn’t get what it wanted.