Pour some corn sugar on me

High fructose wants a makeover -- but is it too late to win back our love? 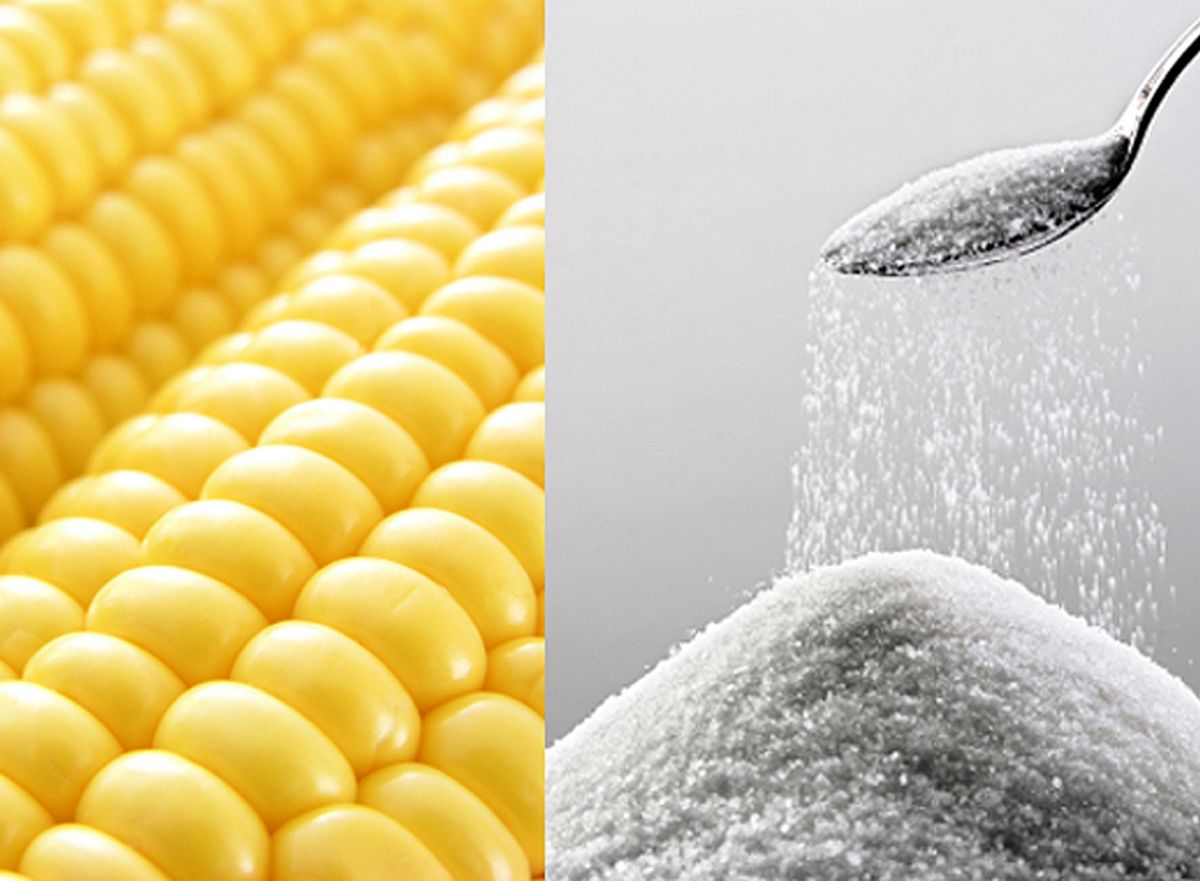 What do you do when you're famous and you've got a public image problem? You could go on the cover of Vanity Fair and declare that you are "literally falling apart." You could do the VMAs and sing about your own douchiness. You could just lay really low and hope everything blows over or, if you're corn syrup, you might try to reinvent yourself and change your name.

On Tuesday, the Corn Refiners Association, acknowledging that the phrase "high fructose corn syrup" has of late become a shorthand for "deadly crap," took a break from sticking pins into its Michael Pollan-shaped voodoo dolls and applied to the federal government to change its name on food labels to something a little friendlier. Corn syrup would like you to now address it as "corn sugar." Miss Corn Sugar if you're nasty.

Who'd have thought the day would come when anything not a stripper or a Pomeranian would actually want to be called sugar? But with high fructose's increasing synonymy with childhood obesity, Type II diabetes and evil, food and beverage manufacturers have been flocking back to basics. "Real" sugar has been enjoying a bit of a revival, returning to Sara Lee, Hunts Ketchup and other brands. Kosher Coke – it's not just for Passover any more.

But while it could take the FDA two years to rule on whether corn syrup can self-identify as corn sugar, Corn Mellencamp or just a mysterious, sexy glyph, the image overhaul has already begun in earnest. You may already have seen the two new ads, both of which feature smiling children, fields or corn as high as an elephant's eye and nary a whiff of aggressive agribusiness.

The experts at CornSugar.com would furthermore have you know that, in the words of the Jesus and Mary Chain, they are just like honey. "A sugar is a sugar whether it comes from corn sugar or cane sugar. All are safe and natural. Your body can't tell the difference," they explain on their abundantly verdant Web page. Oh yes, by all means, leave the decision-making to our indiscriminating bodies!

Whether a sugar really is just a sugar is the subject of intense debate. Perhaps the more important issue is how manufacturers have gotten away for decades with ramping up the sweetness of the foods we consume for their own profit. As the corn sugar folks themselves somewhat darkly warn, "High fructose corn syrup keeps our foods affordable." You don't want to pay more for your McFlurry, do you?

But will a little image makeover and calling itself something cute like "golden maize dew" fool label-reading consumers into believing they're getting something new from the same old, same old? Hey, I still know people who insist that pork is white meat because the National Pork Board said it was.  (You do know it comes from the same animal that gives us bacon, right?)

It's very easy to wrap up a product in a lean, green image and make it seem appealing. But even if you want to go ahead and embrace the Corn Refiners Association's insistence that "sugar is sugar," do you really need that much of it in your salad dressing or English muffins? And while that which we call a rose, or a can of Dr. Pepper, by any other name would be as sweet, it would appear that sweetness itself is no longer such a hot commodity.