The controversial star of "Borat" and "Bruno" has signed to portray Queen's front man, and it's a perfect match 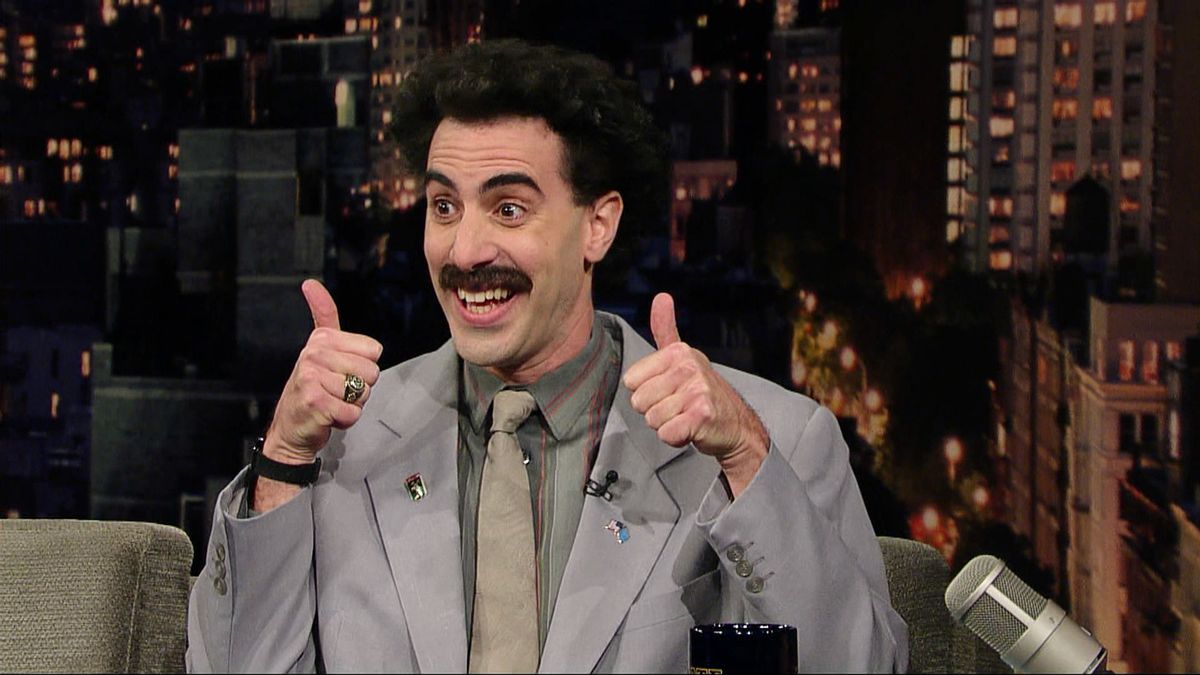 Sacha Baron Cohen as Borat on the David Letterman Show
--

Sacha Baron Cohen has had enough of faux-documentaries. No more pantomimed felattio and ass-naked brawls with his sasquatch of a film producer for this actor! At least for the time being.

Baron Cohen, of "Borat" and "Bruno," is slated to portray Freddie Mercury, frontman of the band Queen, in a coming film. The untitled movie will focus on the period leading up to the band's career-defining performance at Live Aid, the famed multi-venue charity concert held in 1985. Peter Morgan, Oscar-nominated screenwriter of "Frost/Nixon" and "The Queen," is currently working on the script.

But back to Borat. Baron Cohen as Mercury seems a perfect fit, and it's more than Baron Cohen's "ethnic elasticity," as the Guardian writes, that reminds many of the Zanzibar-born, ethnically Parsi Mercury. It's stage presence. Mercury, with his theatrical performances and dynamic voice, was perhaps music's most intoxicating lead singer. He was a snake charmer onstage, and the audience, whether a room of 20 or a stadium of 72,000, was the snake. Baron Cohen's balls-to-the-wall approach as Borat, a Kazakh immigrant in search of Pamela Anderson, and the gay fashion reporter Bruno, is exactly what is required to do Mercury any justice.

And even Mercury himself had a little Borat and Bruno in him, though in a decidedly less indecent manner. Mercury's public and private life was rife with trouble, from his ambiguous sexuality, his secret battle with AIDS, the extent to which he embraced his ethnicity, and the band's blacklisting by the United Nations for breaking the cultural boycott of apartheid South Africa.

If anyone has the guts, and range, to take on the titanic-sized persona of Freddie Mercury, it's Baron Cohen.  Though I'm guessing he'll have to tone it down for the role.

Here's video of Queen's performance at Live Aid.  Prepare to be blown away.