She's given away a house and an Australia trip and she brought Liza together with Jon Stewart. Are we bored yet? 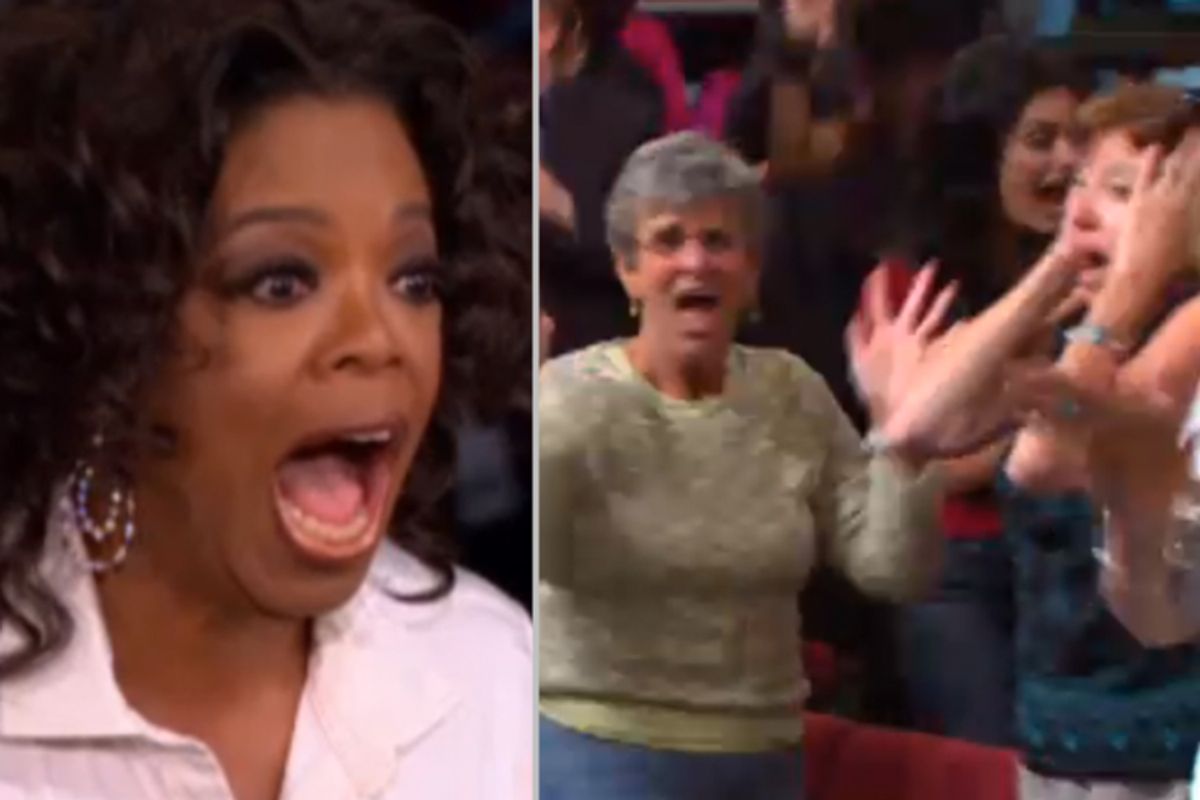 Did you hear what Oprah's doing for her show today? There are going to be jetpacks under every seat, and Jesus is going to teach the audience how to use them! Then later, Nate Berkus will be dropping by.

From the moment those very special promos for the final season of "The Oprah Winfrey Show" -- complete with the legally-required-for-any-montage strains of Sia's "Breathe Me" -- started airing, it was pretty much a given that afternoons for the next several months would be devoted to getting our minds blowwwwwwn. And blowwwwwwn they have been. For her premiere last week, she coyly asked the audience where they'd like to go, before announcing they were heading to the other side of the world, on a magical carpet flown by Danny Zuko. I am not even kidding.

As if that little gift to viewers didn't qualify for inclusion in the category of "Ultimate Wildest Dreams," she then devoted a separate show last week to tackling that very subject. How many of us in life ever get a shot at an experience involving even one of those words? Only Oprah has the moxie to think she can pull off all three at once. More surprisingly, she does. In six days back on the air, she's also given away a house, put Jon Stewart and Liza Minnelli on the same bill, and donated $6 million to charter schools. Do you doubt the power of this woman to perform miracles? She even got Jonathan Franzen back.  Nine years after he pooh-poohed her selection of "The Corrections" for her book club, she chose his new novel, "Freedom," for her latest club, and got him to agree to come on the show to discuss it. I hear she's getting Salinger next. His reclusiveness and deadness were only minor hurdles.

It would appear the only challenge left for a woman who has become like Santa Claus crossed with the Beatles in 1964 is how to maintain that momentum for an entire season without having her entire screaming, flailing, jumping-out-of-its skin audience drop dead from the excitement. Or worse -- boredom.

As we the incredibly spoiled television viewers know, a show that does not promise to be the "most! shocking! amazing! You won't believe what happens next!" thing in the world is a show that might just get switched off in favor of a "Law & Order" rerun. It's not enough to entertain; the ante must perpetually be upped. What do you do when outrageous benevolence is your tried and true party trick? At the rate she's going, by December, she may well step out to announce she's mastered time travel and is giving an audience full of Haitian orphans the opportunity to ride around on dinosaurs, and America will barely be able to muster a slow hand clap and an "I thought we were getting pashminas."

When, six years ago, Winfrey famously gave away a roomful of cars, I wrote about the event for TV Guide. I had to watch that "You get a car! You get a car!" clip about a dozen times, and I cried during every one of them. Trust me, that's exhausting. It wasn't out of automotive envy -- it was the sheer novelty of seeing people being unself-consciously happy, of watching the doyenne of daytime making the often unpleasant concept of surprise a good thing in our lives again. It was also all that hysteria. It's likely for the best that Oprah is bowing out after this year, because, frankly, the world can't take much more excitement.

Oprah herself seems to be having the time of her super-awesome life these days, reveling in her "last chance to do something big." So if by the incredibly tear-filled finale we find ourselves limping to the finish line, it won't be the fault of O, because she is psyched. While the queen of all media has the unique pleasure of giving away whatever she wants, she also gets whatever she wants. So if she wants us in a goddamn frenzy from now until her very last moment on the air, grab a paper bag or two and start taking deep breaths. Because we haven't seen anything yet. And we're going to loooooooove it.