"Waiting for 'Superman'": Can public education be saved? 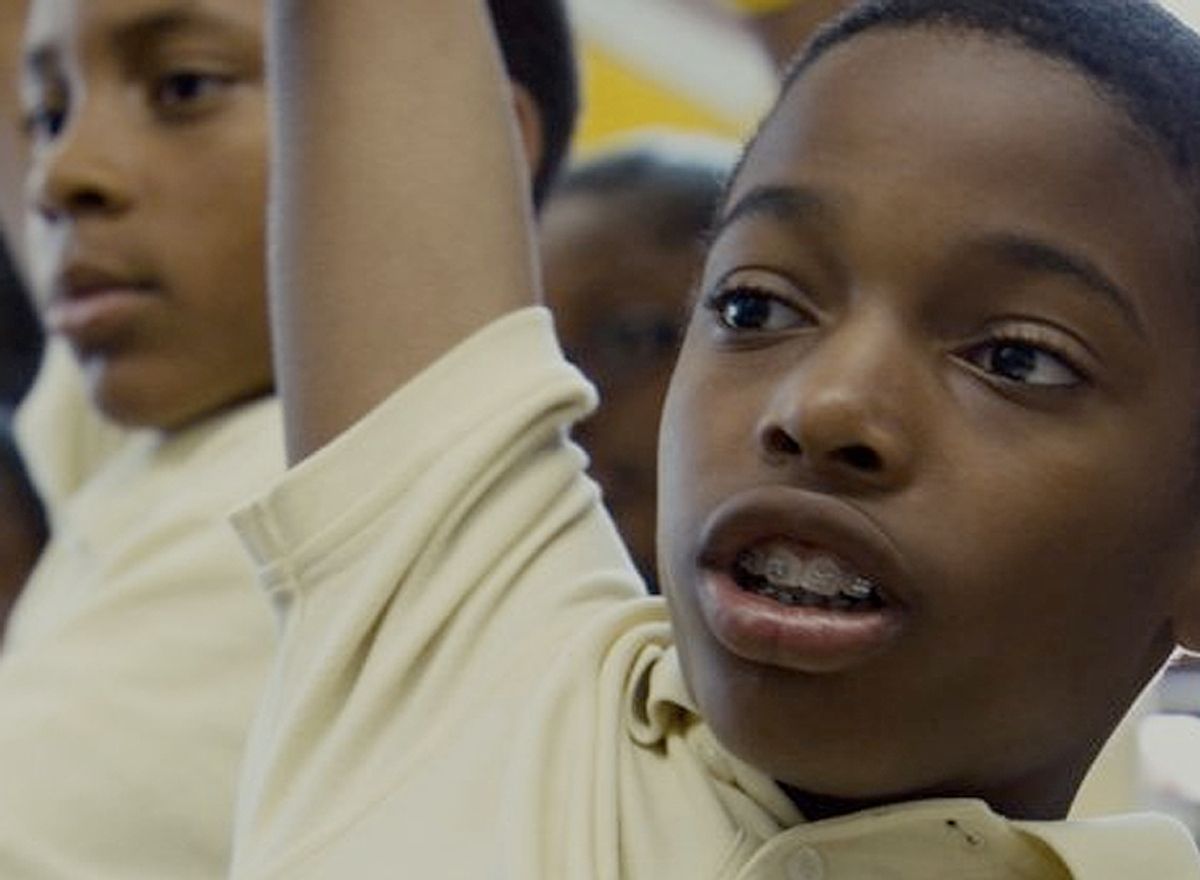 Oscar-winning filmmaker Davis Guggenheim -- yes, "An Inconvenient Truth" was Al Gore's movie in the public mind, but Guggenheim actually directed it -- has had one of those epiphanies so ordinary and indeed ubiquitous that if you're reading this sentence you've probably had it too. He sent his children to school.

That changes a person in many ways. Suddenly, the long-running debates around American public education, which can seem to childless people like a bottomless sinkhole of good intentions (not unlike the Middle East's endless "peace process"), assume an urgent present-tense importance. Furthermore, you rapidly discover that whatever your philosophy about education in general might be, you'll happily ignore it in favor of whatever option seems best for your own kids. So it was that Guggenheim, who made a documentary in 1999 celebrating the dedication of public-school teachers, found himself driving past several Los Angeles public schools on the way to dropping off his kids at an elite private school, an experience that forms the basis for his new movie, "Waiting for 'Superman.'"

As I say, this is a widely shared experience. I think we can agree that Barack Obama cares about public education, even if his daughters attend Sidwell Friends, probably the District of Columbia's best-known private school. Obama and Guggenheim and you and I and everyone else in the country have an enormous stake in the public schools, whether or not our children attend them. Unfortunately, we are unlikely to agree about too much else after that -- say, what has produced the long and puzzling history of failure in American education, and still less how to fix it.

There's a great deal that's appealing about "Waiting for 'Superman,'" an ambitious blend of hope and scathing criticism that frames the education debate with heart-wrenching case histories of five different families across the country struggling with substandard schools. These range from inner-city Washington, where a parentless fifth-grader named Anthony applies to a rigorous college-prep boarding school in hopes of escaping his failing middle school, to suburban Redwood City, Calif., where an eighth-grader named Emily worries about the academic "tracking" that may set her up for failure even at an attractive and well-appointed high school. Here Guggenheim clearly makes a point that many commentators on education miss: While the system's failings may hit poor kids of color much harder, schools in affluent suburbs aren't necessarily providing a great education to all their children either.

All too often, attacking the teachers' unions is a lazy rhetorical tactic of the anti-government right, but Guggenheim does not shy away from the fact that union contracts -- which can make it impossible to fire the worst teachers, or pay the best ones more money -- have become a serious impediment to school reform. A former Milwaukee chancellor discusses his district's annual "Dance of the Lemons" (known elsewhere as the "Turkey Trot"), in which underperforming teachers are shuffled from school to school. Infamously, Guggenheim obtained footage clandestinely shot inside New York's "rubber room," where dozens of teachers awaiting disciplinary hearings sat every day for months, collecting their full salaries while reading or playing cards. (Since the film's Sundance premiere, the New York rubber room has been closed down -- but presumably the un-fired teachers are still stashed somewhere.)

Guggenheim has already been attacked for what some perceive as an anti-union bias, and for being too credulous about the results achieved at small, intensive, college-prep-type charter schools like New York's famous Harlem Success Academy or the nationwide network of KIPP schools founded by former Houston schoolteachers David Levin and Mike Feinberg. In fact he never argues that charter schools are the one-size-fits-all solution, or that all have been successful. (Quite a few haven't.) He's making a broader and more important point: It's no good blaming bad schools on poverty and economic segregation (as traditional social scientists have done) when ambitious educators have proven that even kids from the worst possible neighborhoods can thrive in school.

But there's almost as much in this movie that is downright baffling, beginning with the quotation marks in the title (to differentiate the DC Comics Man of Steel from the Nietzschean Übermensch? Or what?) and moving on to Guggenheim's blithe certainty that he has all the answers, and his apparent lack of awareness that virtually every frame of his film is likely to piss somebody off. "Waiting for 'Superman'" was constructed to become a key element in a social-media activism campaign, much as were "Inconvenient Truth" and "Food, Inc." (not to mention less successful examples like "The End of the Line" or "Countdown to Zero"). But building a broad social consensus around addressing climate change looks like child's play compared to the poisonous realm of educational debate, where every question of fact is in dispute and where adults engage in ideological proxy wars, almost totally divorced from the question of how to educate children.

Pick your villains or your heroes: Teachers' unions, self-perpetuating bureaucracies, meddlesome state legislatures, corporate-style reformers, charter-school visionaries, testing and "accountability" mavens, the grand schemes and big promises of every president from Lyndon B. Johnson to Bush and Obama. Whoever you'd like to praise and castigate on that list, let's assume for the moment that they all mean what they say, and genuinely want to improve American schooling. They have also all manifestly failed to do it. As Guggenheim observes, educational spending per student has doubled since the 1970s (yes, that's adjusted for inflation), while our educational system has steadily lost ground to those of other countries.

Launching a campaign aimed at cutting through all the political noise and focusing on proven solutions sounds like an admirable goal -- but it assumes that there are proven solutions and that we know how they work. Many of the hottest issues in the contemporary educational debate never come up at all in "Waiting for 'Superman," including the compulsive and universal over-reliance on standardized testing. It never occurs to Guggenheim to question the exaggerated "academic" focus of early-grade education -- including the longer school day and school year, and homework in first grade or before -- which many researchers now believe is counterproductive on various levels. (Another recent documentary, "Race to Nowhere," addresses those issues well.)

Guggenheim's recommendations in "Waiting for 'Superman'" approach tautology, as when he urges us to "celebrate great teachers," "ensure world-class standards" and "raise literacy rates." Um, OK. I don't think you can find anyone this side of the Taliban who opposes those things, but Guggenheim does not seem aware that extensive educational research has failed to identify what makes a "great teacher" or how to train one, nor that there are strikingly different and conflicting strategies for teaching literacy.

At various points in the film, Guggenheim embraces Harlem charter-school entrepreneur Geoffrey Canada (who tells a story from his childhood that lends the movie its title), American Federation of Teachers head Randi Weingarten and embattled Washington, D.C., school chancellor Michelle Rhee among his principal heroes. All are unquestionably charismatic figures -- and great movie characters -- but they also represent divergent poles of the educational debate, and might have a hard time agreeing that the earth orbits the sun and Thanksgiving falls on Thursday.

Ultimately "Waiting for 'Superman'" seems to propose that if intelligent people like them -- and you and me too -- can put our territorial and/or partisan bickering aside, we'll solve our educational problems tomorrow. And, hell, maybe that's true. There's nothing wrong with wishful thinking, and we could use a bit more of it in this dismal political season. But this feels sadly like a dose of early Obama-era hope delivered in a darker time, when entirely too many of us are driving past those public schools every day like Davis Guggenheim does, as fast as possible and with our eyes averted.