"Enter the Void": Acid-trip freakout movie of the year 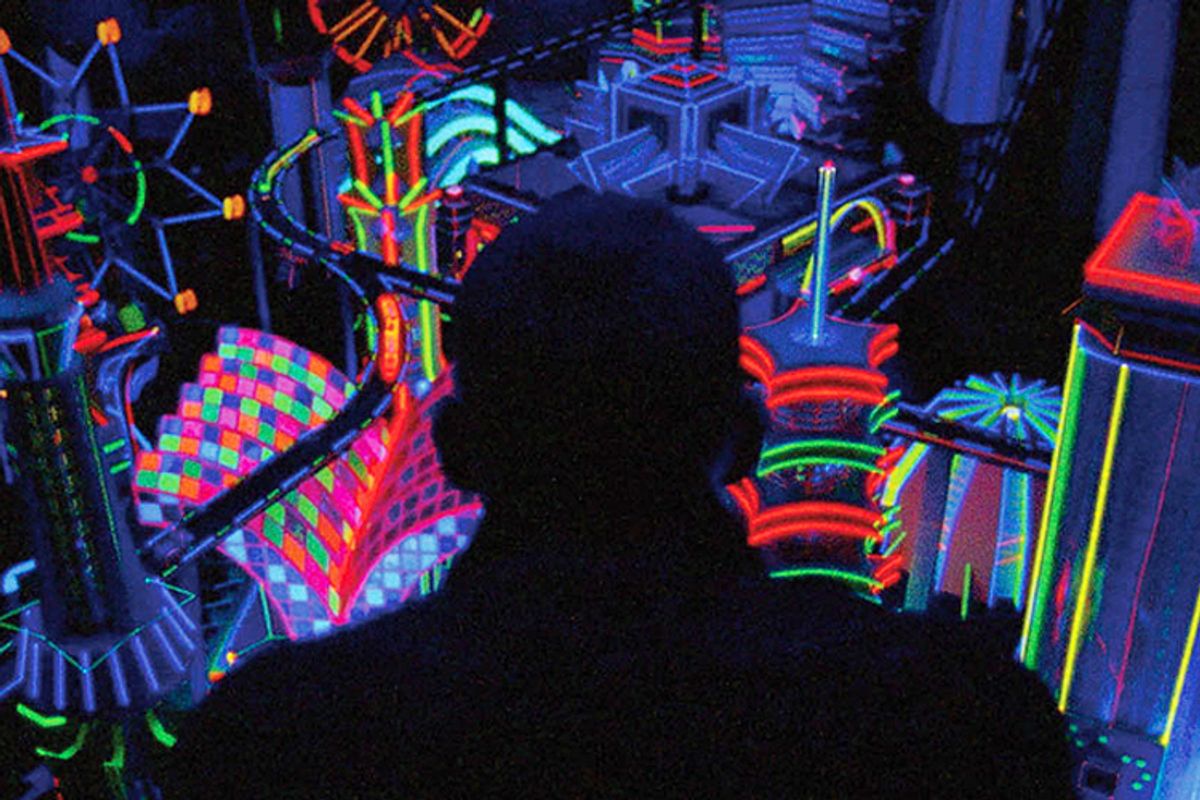 If you're like me, and pine for the dangerous, ridiculously ambitious and more than occasionally silly LSD mindfuck movies of the 1970s, the Argentine-born French director Gaspar Noé feels your pain -- and is here to fill up your synapses with brightly colored goo. Although he remains nearly invisible to Americans, Noé has carved out a career as a visionary and provocateur on the outermost edge of European cinema, making deliberate outrages like the reverse-chronology rape-revenge saga "Irreversible" and its even more misanthropic and violent predecessor, "I Stand Alone."

After many years of gestation and production, Noé is back with his first English-language film, "Enter the Void," and whether you like it or not, the dude has taken his game to the next level. This powerful, hallucinogenic journey will strike some viewers as a flat-out masterpiece and others as flatulent garbage. It actually has elements of both, so let me issue a completely weaselly, asterisk-laden recommendation: You have to see this! If (and only if) you're into this kind of thing!

Below, you can read what I wrote about "Enter the Void" after seeing Noé's 156-minute edit of the film at Sundance earlier this year. (I've made a few discreet edits.) He's cut almost 20 minutes out of it since then, and that's the version IFC is distributing to theaters and via VOD. I was delirious and underslept when I wrote this -- which was entirely appropriate, as would be other altered states of consciousness -- and somehow neglected to mention Noé's amazing opening-credit sequence, which got a roaring ovation from the Sundance audience and is worth seeing all by itself.

For that matter, I also didn't mention that Noé now has the honor of being the first quasi-major director to use newfangled, 21st-century digital effects to capture the subjective experience of a drug high. It's a landmark moment, of a certain kind. On the other hand, maybe he's not -- when I met him at Sundance, we started talking about "Avatar," which we had both recently seen. "It's kind of a stupid movie, at least in terms of story," Noé mused. "But, wow -- I have the feeling that James Cameron has taken some of the same drugs I did."

"Enter the Void" is obsessed with mortality, and expresses the ephemeral nature of love and family life, themes that run beneath the work of French provocateur Gaspar Noé. But "Enter the Void" isn't exactly set in our world, as its title suggests. Its main character is a young American drug dealer in Tokyo named Oscar (Nathaniel Brown, whom we hear but rarely see), who is shot and killed by police in a nightclub men's room early in the film. We watch most of the movie through his eyes, alive and dead, as he soars above Tokyo's streets, clubs and brothels, viewing our earthly existence through an increasingly distorted lens, as if suspended irresolute between his former life and whatever somethingness or nothingness lies beyond.

There's no way to summarize the paranoid, terrifying and surpassingly beautiful lysergic odyssey between life and death on which Noé takes us, except perhaps to explain that he has said his principal influences here are Kubrick's "2001: A Space Odyssey" and the "Tibetan Book of the Dead," and by God, he has the verve and the special-effects budget to pull it off. In previous hotly debated films like "I Stand Alone" and "Irreversible," Noé has combined a dazzling visual imagination with what seemed like a juvenile desire to brutalize the audience with acts of traumatic violence. There are certainly some shocking and grotesque images in "Enter the Void" -- if there were a rating more restrictive than NC-17, one that signified "you can't see this unless you're massively fucked-up in various ways," Noé would earn it -- but they feel like essential parts of the mind-bending whole.

This movie isn't for the faint-hearted on several levels, and there were more than a dozen walkouts during the Sundance press screening. But if you have the stomach and the endurance, it represents a revolutionary break from ordinary movie storytelling. There are characters besides Oscar in "Enter the Void," including the damaged sister (played by New York hipster socialite Paz de la Huerta) he promised he would never leave and various disreputable Tokyo friends, acquaintances and lovers. All these people's actions do add up to a narrative, of a sort. But Noé has here completed a journey he began with "Irreversible," a film in which you could first see his desire to dissolve the distinctions between past, present and future, between happening and not-happening, between the physical landscape and the mental one, between life and death.

So when Oscar is not flying through the walls, roofs and clouds of Tokyo, observing the consequences of his death, he is reliving his parents' horrifying deaths many years earlier and his childhood separation from his sister, recycling the events that led to his own murder and creating scenes that could not have happened and others that never will. He briefly comes back to life, as a zombie who has lost the power of speech, before realizing that he can't come back -- his body has been cremated. (I can't explain Noé's dream logic any better than that.) This is a daring, thrilling, awful and wondrous film that pushes so hard at the medium's boundaries it sometimes becomes exhausting. With this movie Noé jumps to the front rank of mindfuck acid-trip filmmakers, right next to David Lynch, and I wandered out afterward into the Utah snow feeling dazzled, dizzy, exhausted, grateful.

"Enter the Void" is now playing at the IFC Center in New York, the Music Box in Chicago and the Nuart in Los Angeles. It opens Oct. 1 in Philadelphia; Oct. 8 in San Francisco and Seattle; and Oct. 22 in Denver, Minneapolis, Nashville, Salt Lake City and San Diego, with more cities to follow. Beginning Sept. 29, it will be available on-demand via IFC In Theaters, from various cable and satellite providers.