"Dancing with the Stars" to prove Sarah Palin wasn't booed

Some say she was, others think it was pointed at the judges. The show's execs are dying to show it was the latter 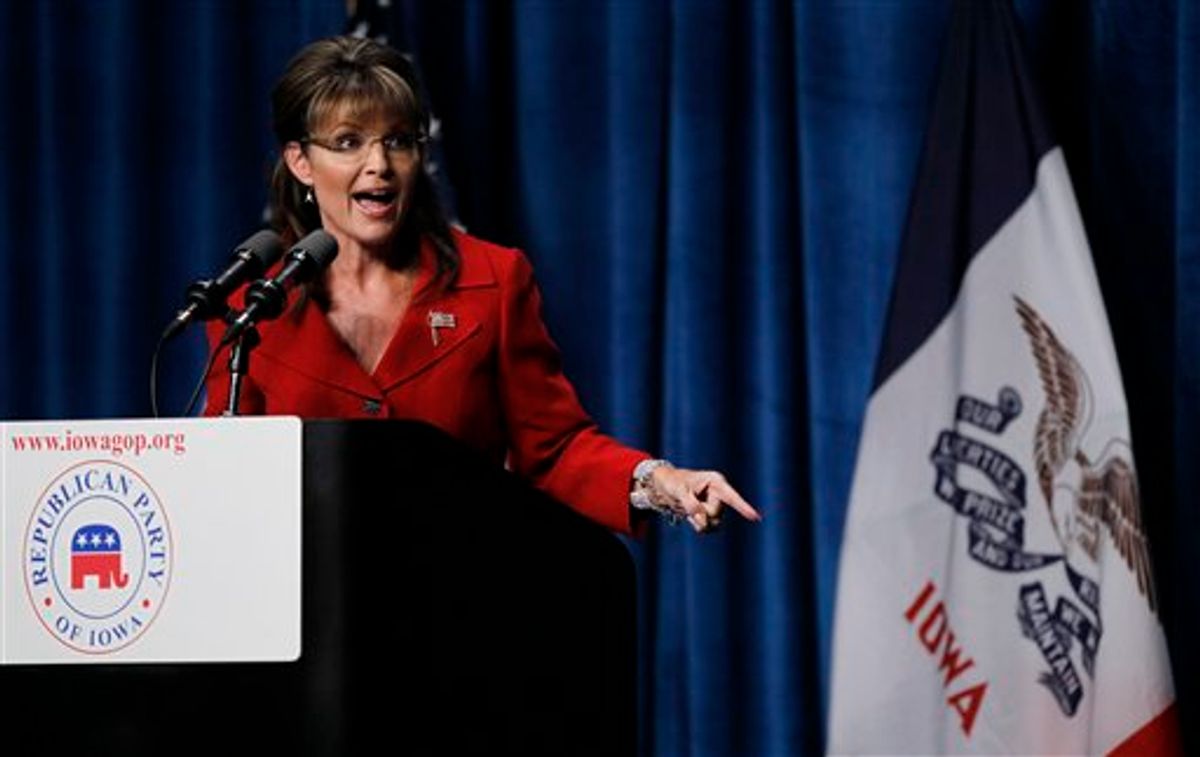 There was an awkward moment on last night's "Dancing with the Stars," and it wasn't Michael Bolton's impersonation of a wooden board. Contestant Jennifer Grey had just received the scores for her masterful routine when suddenly -- off-camera -- a chorus of boos showered the dance floor. Cut to Sarah Palin. Coincidence? Judge for yourself.

Opinion seems to vary depending on whom you ask. Entertainment Weekly wags its finger at the boo-ers, arguing that Palin-haters can refrain from buying her book, refuse her their vote, but they should never, ever boo her in front of her young daughter! Will somebody please think of the children?!  ABC spokespeople (unsurprisingly) say the boos were not aimed at Palin but at the panel of judges. "The booing heard was a direct response from the audience to Jennifer Grey and Derek Hough's scores, which were perceived as relatively low for a dance that received a standing ovation," executive producer Conrad Green says.   To further beat home this point, the show will air footage showing just that. See! See! We here at ABC like Republicans too!  Way to bend over backwards, ABC.

But why would the audience be upset that the judges gave Grey a score of 24, the highest total of the night? Hmmm.  Does anyone else smell a conspiracy?

Will the supposed footage put an end to the grassy knoll booing?  Find out tonight.

Dancing With The Stars Sarah Palin