Sanctions imposed today by the U.S. on Iranians reveal a rather glaring double standard 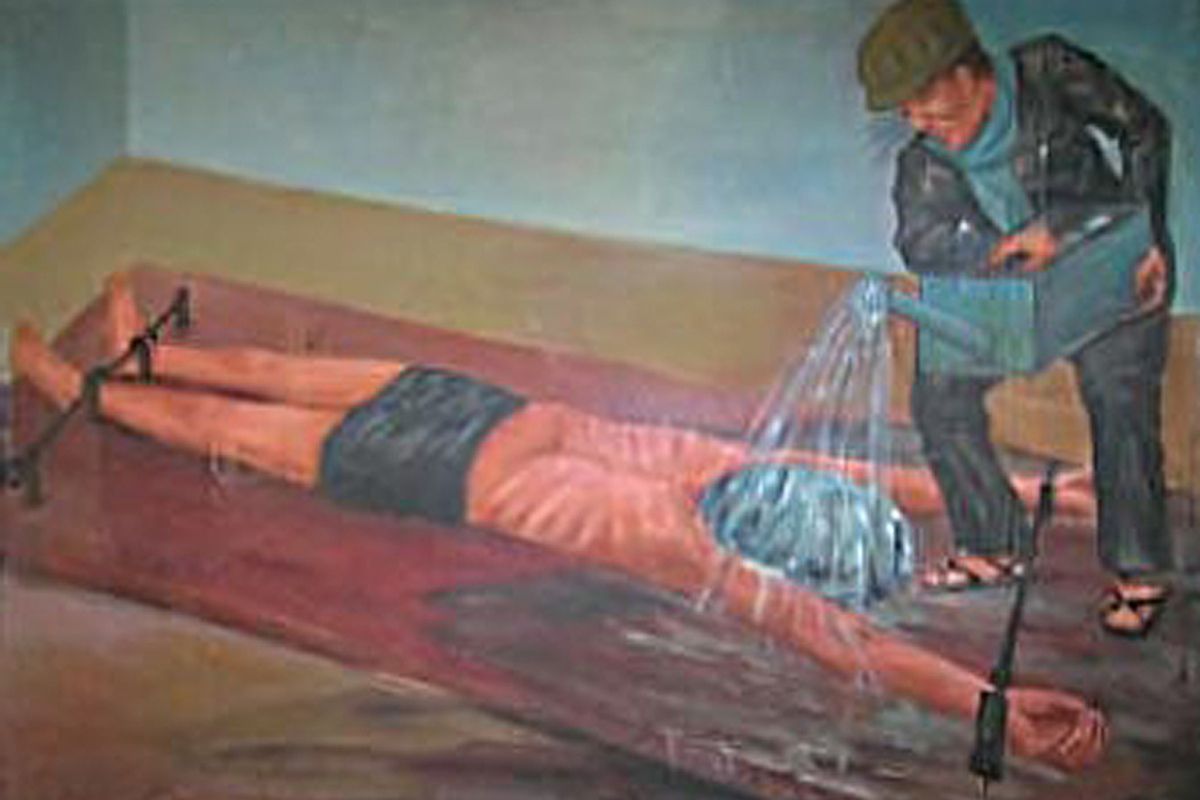 For many people, one of the earliest and gravest disappointments in Barack Obama was his announcement that those who implemented a worldwide torture regime should not be punished in any way, because we must Look Forward, Not Backward.  He even chose a General neck-deep in detainee abuse to lead his war in Afghanistan, and chose a Bush-era CIA official who endorsed many "enhanced interrogation techniques" as his top Terrorism adviser.  Torture and other crimes was something to be forgiven and swept entirely under the rug.  Obama now appears to view such matters differently . . . . at least when the torturers are Iranian rather than American (h/t Atrios):

The Treasury and State departments jointly announced that the sanctions, signed by President Barack Obama, target Iranians who "share responsibility for the sustained and severe violation of human rights in Iran."

At a State Department news conference, Secretary of State Hillary Rodham Clinton said this is the first time the United States has imposed sanctions on Iranians for human rights violations.

"On these officials' watch or under their command, Iranian citizens have been arbitrarily arrested, beaten, tortured, raped, blackmailed and killed," Clinton said. "Yet the Iranian government has ignored repeated calls from the international community to end these abuses."

Obama's order blocks any U.S. assets of the eight Iranians and prohibits Americans from doing business with them.

Numerous detainees in American custody were also beaten, tortured and killed.  The photos Obama caused to be suppressed -- even after two federal courts ordered them disclosed -- depicted multiple acts of detainee rape.  Thousands were arbitrarily arrested and detained by the U.S. without due process, and continue to be.  None of that resulted in a smidgen of accountability for the high-level government officials responsible for all of that, because the Obama administration formally took the position that they should be immunized.  Somehow, though, the same Obama officials manage with a straight face to stand up in public and impose penalties on Iranians for the same conduct.  Note, too, how freely the Associated Press uses the word "torture" to describe what the Iranians did, in contrast to the American media's refusal to use that term for what Americans did.

Can you believe those crazy, paranoid Muslims and Arabs who claim that the U.S. maintains completely different standards for itself and the rest of the world?  Such deranged, conspiratorial thoughts can mean only one thing:  They Hate Us For Our Freedom.

Uganda today implemented a supposedly "controversial" new eavesdropping law "giving powers to security officials to listen into private communication if they have sufficient reason to suspect the communication is in aid of criminal activity"; requiring "telecom companies [] to give government security agencies cooperation to place their (agencies') tapping gadgets on their network equipment with the aim of enabling the security men access private conversations or exchanges"; and "makes it compulsory for all mobile phone users in the country to register their SIM cards for security purposes such that if a sim card is used for criminal communication and coordination, the user can be traced."  It's interesting that this law is deemed "controversial" given that its safeguards are far greater than what Americans enjoy under the FISA Amendments Act of 2008 supported by Obama ("according to the [Ugandan] law, only a High Court judge can grant permission to a state security operative to tap into a person's communication").  I wonder if the State Department tomorrow will issue a stinging condemnation of Uganda's tyrannical new eavesdropping powers.

UPDATE:  Harper's Washington Editor, the excellent journalist Ken Silverstein, is leaving his position and explains what it is about Washington that led him to his decision.  It is short and well worth reading.