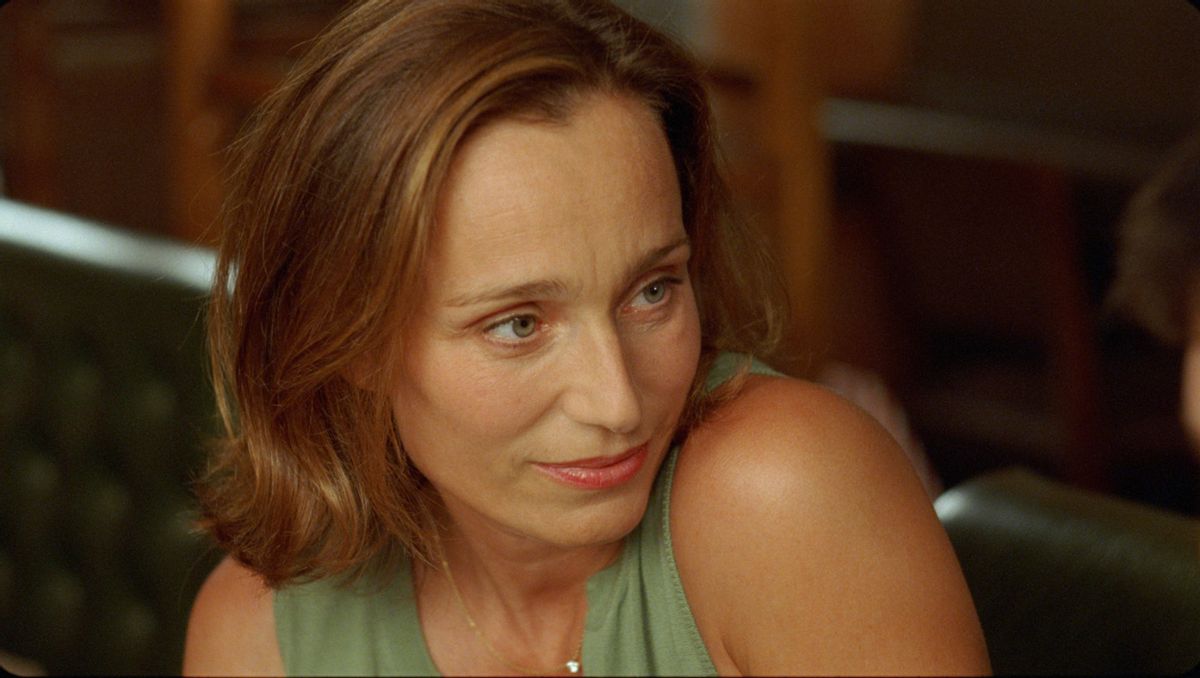 "Leaving" is a lot more melodramatic and fatalistic -- in a word, more French -- than "Eat, Pray, Love" or the recent Patricia Clarkson vehicle "Cairo Time," and it lacks the over-the-top Milanese style of "I Am Love," the rapturous Italian spectacle starring Tilda Swinton. But it's got something none of those movies about middle-aged women finding love has: the amazing Kristin Scott Thomas, who keeps appearing in roles that seem bound to win her the Oscar she's deserved for so long, but inevitably don't. (She's been nominated only once, for "The English Patient" in 1997.)

As she does in "Leaving," playing a privileged French wife who falls hard and disastrously for a Spanish laborer (Sergi López), Scott Thomas can seem like a woman hoarding a prodigious buried treasure of sensuality. On the other hand, in the forthcoming "Nowhere Boy," she is equally irresistible in a totally different direction as John Lennon's Aunt Mimi, a standard-bearer of lower-middle-class English propriety who has no discernible sexual identity. She is beautiful, but without possessing many of the attributes of beauty: Her nose is large, her lips thin; her startling gray-blue eyes are customarily half-hooded; her high forehead and un-curvaceous figure suggest neurotic intellectual, not sex bomb.

At an age when many actresses struggle to find roles at all, Scott Thomas comfortably plays both upward and downward in age by a decade or so. At 50, she is several years older than both López, who plays her lover in "Leaving," and Yvan Attal, who plays her vengeful surgeon husband. She's comfortable not just with the language but also the mannerisms of both French and English characters (although her French characters often have an Anglo background, to cover a slight accent). It's well known that actresses over 40 get much better roles and last far longer in European film, but Scott Thomas seems devoted to playing every kind of role in every kind of movie. In recent years she's played a lesbian best friend in "Tell No One," a released convict rebuilding her life in "I've Loved You So Long," Lady Elizabeth Boleyn in "The Other Boleyn Girl," and whoever the hell she played in "Confessions of a Shopaholic."

Now, "Leaving" isn't going to win her that Oscar either, but this compact, intense little adultery drama from French writer-director Catherine Corsini is well worth adventurous moviegoers' attention. Its literary antecedents are obvious -- it's like a 21st-century combination of a little "Lady Chatterley" and a whole bunch of "Madame Bovary," which may already be giving too much away. You'll probably be able to tell where the story's going from the opening act of violence, but this is still one of Scott Thomas' best performances, playing a normally bored, normally attractive bourgeois wife who goes from tasteful twills and pastels -- she's like the Gallic equivalent of the J. Crew catalog -- to erotic madness and despair.

"Leaving" is now playing in New York, with other major cities to follow. Beginning Oct. 27, it will also be available on-demand from many cable and satellite providers.