The man behind feminist villain Ally McBeal is tapped to bring the superhero to the small screen. I'm worried 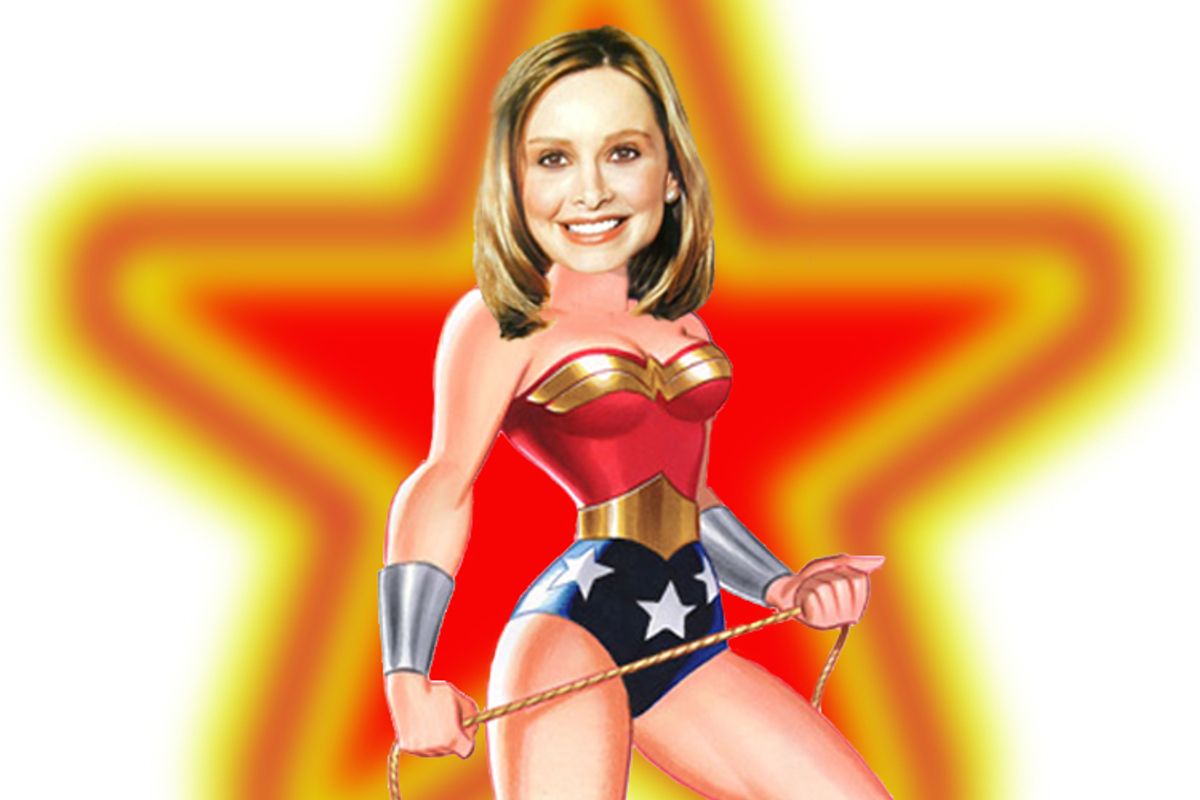 To be fair, David E. Kelley didn't directly kill feminism. It was his most famous creation, Ally McBeal, that short-skirted, romantically challenged, possibly insane television lawyer who notoriously graced a 1998 Time magazine cover that pondered the death of the movement. And in the interest of further fairness, it should be noted that for Time magazine to place such a burden on a fictional character has generally come to be regarded as one of the dumbest things that happened in the '90s, right after the Starr report and the Macarena.

Yet when the news broke late Friday that the much-promised, oft-postponed reimagining of the ultimate female superhero was to become a TV series written and produced by the man who gave us a dramedy about female lawyers called "Girls Club," perfectly manicured eyebrows across the land raised in skeptical unison. Kelley? The guy who gave us "The Practice" and "Boston Legal"? Has anybody told the guy that the Justice League is not an eccentric New England law firm?

It's not that a man can't do a fantastic job delivering strong, memorable female television characters. Without J.J. Abrams, there would be no Felicity, no Sydney Bristow,  no Kate Austen. Without Matthew Weiner, we wouldn't have Joan, Betty or Peggy. Could anyone do equal justice to the job Alan Ball has done with Sookie Stackhouse? For years, the name most closely associated with the Wonder Woman revamp was the world's most trusted purveyor of kickass babes, Joss Whedon. Nor has Kelley built a career strictly limiting himself to dragon lady stereotypes  and flinty, bitter wedding planners.  This is also the man who steered Christine Lahti to her Emmy-winning role of Kate Austin on "Chicago Hope" and gave us the complicated Ellenor Frutt on "The Practice."

But few other writers have built an empire creating characters who play so beautifully to male fantasies. Will Wonder Woman get a boyfriend who's yet another gleefully cake-and-eat-it-too alleged satire of sexists like the dogs of "Boston Legal"? Will she engage in pseudo lesbianism, client seducing, or late-night pining for an ooga chaka baby to ride shotgun in her invisible plane?  The superheroine occasionally known as Diana Prince isn't just some lasso-twirling bimbo in an eagle-emblazoned bustier, dying to make some gimmicky speech to a judge somewhere, you know. She wears pants now and everything. Yes, David E. Kelley. I said pants. Can he provide a heroine like that, a woman whose strength and character and righteous left hook generations of girls have grown up idolizing?

Whether Kelley can deliver the goods and the golden bracelets remains to be seen. He currently still has his hands full with the NBC midseason series "Harry's Law." It's about a law firm -- and there's a leggy, designer shoe-loving blonde who wears short skirts. The veteran writer and producer sure knows his wheelhouse. And perhaps that's why when it comes to our superhero women, when Kelley's involved we've got to wonder.