A viral image is giving people the heebie-jeebies, but what's so gross about "mechanically separated meat"? 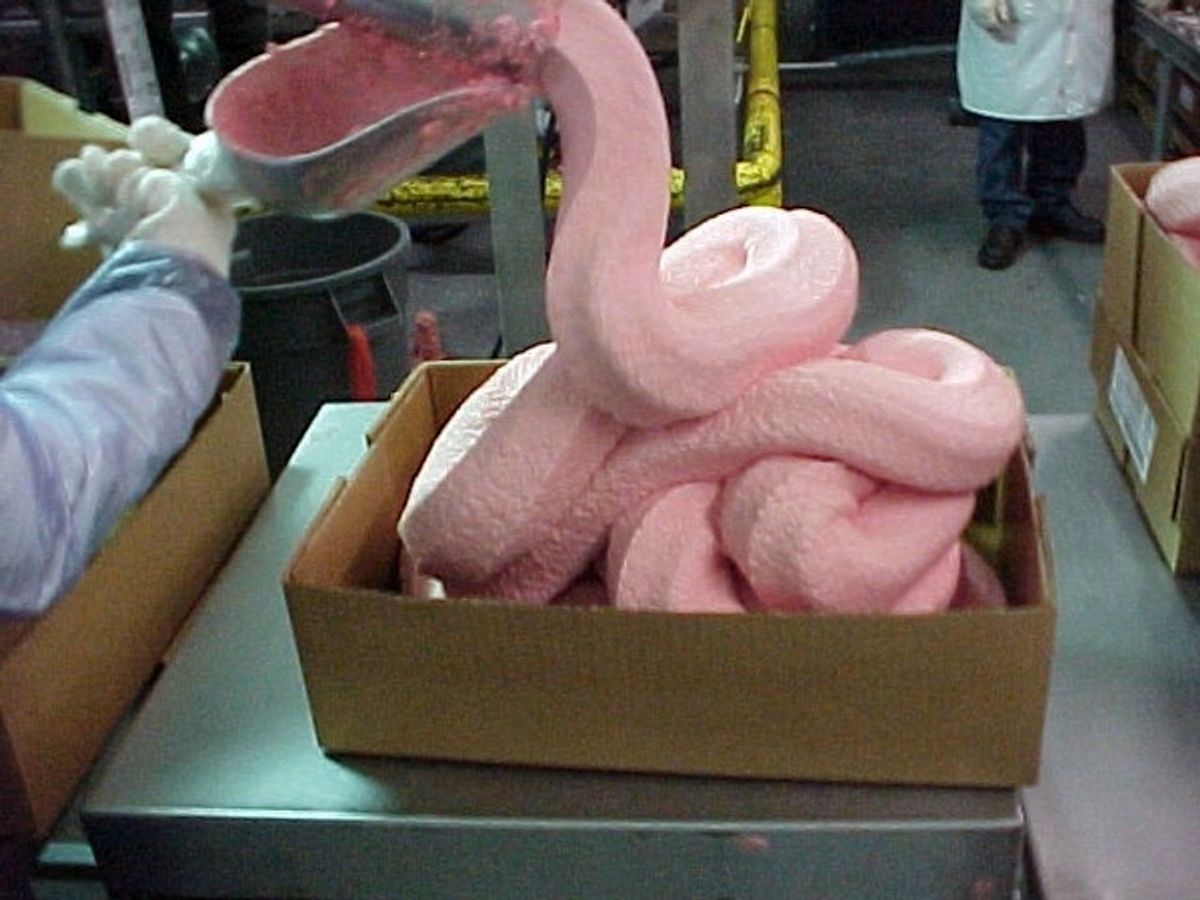 A photo circulating the Internet, claimed to be of mechanically separated chicken.
--

That low groan you've been hearing is the sound of the entire Internet getting nauseated from the photo above, which is flying high on its second or third tour of viral-land. "Folks, this is mechanically separated chicken," the site Fooducate says by way of introduction, before explaining that it's a product of a charming process known as "advanced meat recovery," before advancing the widely believed notion that this is the stuff from whence my (formerly) beloved Chicken McNuggets come.

Since the photo is at least a few years old, uncredited and unlabeled, and since we kind of couldn't believe that chicken could be made to look like a mutant cone of strawberry soft-serve, we spoke to David Radford, director of sales and marketing of BFD Corp., which makes advanced meat recovery machines, who confirmed that yes, that is an accurate depiction of what mechanically separated chicken looks like.

But is it really so nasty? I admit, my stomach churned as if drunk at sea when I saw that picture, particularly right after eating my first fast-food chicken in many moons. But advanced meat recovery, despite sounding like something from our dystopic cyborg future, is actually not a particularly novel idea; machines grind chicken carcasses that have already had the legs, wings and breasts taken off and force them through a sieve to catch all the bones. What's left is pasty, finely ground chicken meat, "recovered" from between the ribs, the backs and the other parts that you would gnaw on if you had a good whole roasted chicken sitting in front of you.

Looking at it that way, why is this gooey paste inherently any grosser than eating a chicken leg? Or a chicken sandwich? Granted, I am a lover of liver and other organ meats many won't touch, but eating the whole of an animal, "nose-to-tail dining," is a time-honored tradition born of necessity and, yes, respect for the animal that died for your dinner. Why waste anything? As one of my most meat-loving friends once said, "Look. Eating meat means eating gross stuff. You have to accept that if you're going to do it."

That said, it's not all hunky-dory. The U.S. Department of Agriculture requires products that contain mechanically separated meats be identified as such, because of, according to the USDA,  "concerns for limited intake of certain components in MSM, like calcium." Yum, bones! (It should be noted here that McNuggets are not made with this stuff, but many hot dogs are.) And, really, the bigger issue is not necessarily what it is, but what it symbolizes. I mean, despite the ostensible alignment of this process and my more romantic notions of nose-to-tail eating, the fact is that advanced meat recovery takes place in industrial processing of factory farmed animals that are treated like just another product, emphatically not raised with respect. Maybe seeing a coiling tube of chicken paste the size of a python will remind us of that.