As the sleeper documentary grows in popularity, so do rumors of its deception. What's the real story here? 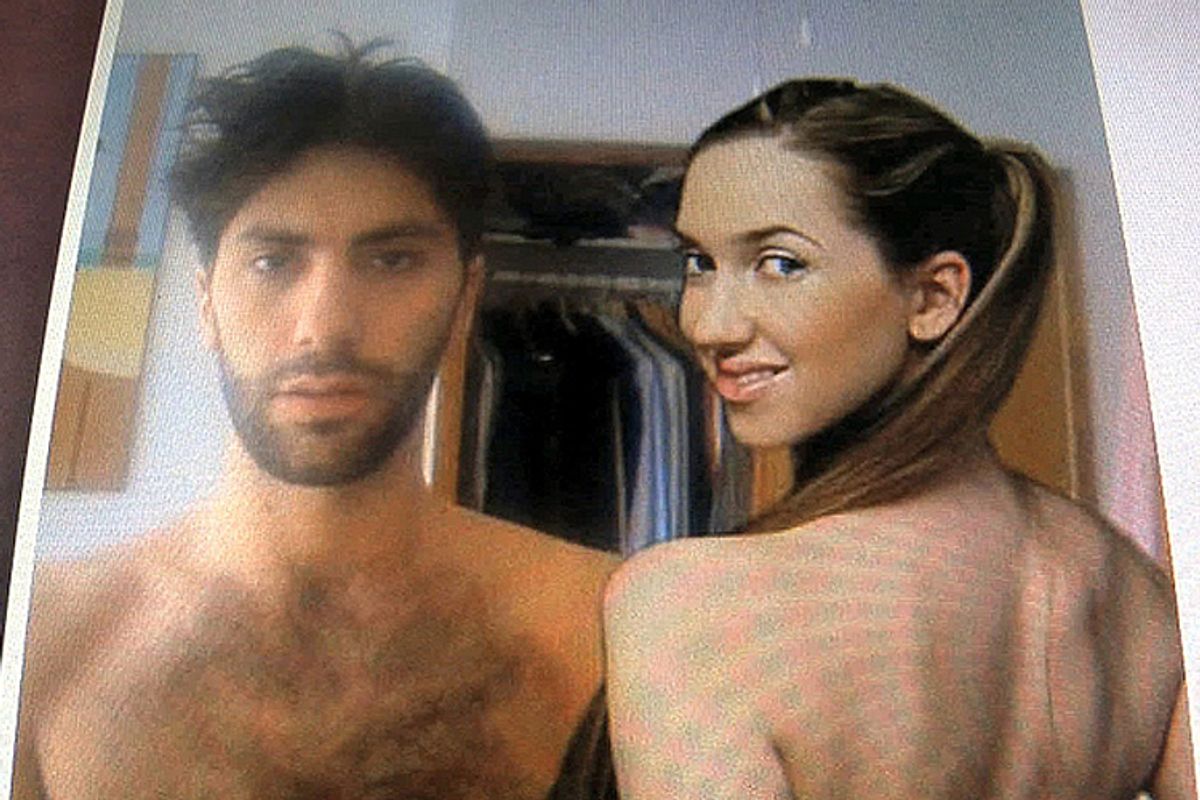 If you've already seen the documentary "Catfish," or encountered any of the fervid media coverage surrounding the film, then you already know how difficult it is to write about it without giving away its so-called secrets. I'm not even going to try. "Catfish," which follows a young, media-savvy New Yorker's Internet romance with a far-away girl through a series of increasingly startling revelations, has been playing around the country for several weeks now. As I see it, the story has become primarily about how people react to the movie's twists and turns, and what that may or may not tell us about honesty and veracity in the new-media age.

So if you haven't caught "Catfish" yet or haven't heard much about it and would like to preserve that innocence, I suggest you go elsewhere. I was in Toronto when the film opened and didn't review it for release, but no critic faced the "Catfish" challenge more imaginatively than Dana Stevens of Slate, whose review features embedded hyperlink revelations you can either read or ignore. Basically, Dana shifted the spoiler onus to the readers, which is pure genius -- but did even one person read her review while avoiding a peek at the pop-ups?

Directors Henry Joost and Ariel Schulman have said that certain expository scenes and screen captures in "Catfish" were re-created after the fact, because the decision to make a film about Ariel's brother Nev Schulman's troubled Facebook love affair came relatively late in the story. That awkwardness may explain, in part, the alarm bells some viewers keep hearing in the movie, despite the filmmakers' insistence that the story itself is entirely true. At this point, Joost and the Schulmans have been accused of punking the audience in any number of ways: Maybe the whole thing is fictional, maybe they have exaggerated and distorted real events, maybe they took a germ of truth and used it to set a cruel, reality-TV-style trap for their star antagonist. (I haven't heard that they're actually Muslims from Kenya implicated in 9/11, but no doubt that's out there.)

The three young men who made this slippery, inexpert and totally addictive movie have also been accused of being "supremely douchey," which is not a charge that can be objectively rebutted. Thing is, the others aren't either. I am not remotely arguing that there is no such thing as truth -- as filmmaker Errol Morris has said, people who believe that should go to prison for a crime they did not commit. But when you tell a story that's about false identity and self-delusion and the shape-shifting magic of the modern media -- a story that strongly evokes both real-life hoaxes and works of fiction -- and you do not command the boundaries of your story with confidence, you can't be shocked when people think you're bullshitting.

It's easy, in hindsight, to say that when Nev Schulman got a painting in the mail that was based on a newspaper photograph he'd taken -- a painting supposedly made by an 8-year-old girl in rural Michigan -- he could and should have known better. (This is almost your last chance to bail out without learning too much!) Still, the picture is impressive and flattering no matter who painted it, and there seems little risk in exchanging a few e-mails with Abby, the prodigal 8-year-old, who is Internet-chaperoned by her friendly and attractive mom, Angela. As we see in the film, Angela's older daughter, Megan, then joins the mix, and she turns out to be a lonely, gorgeous 19-year-old with musical and artistic ambitions, who is endlessly impressed by this handsome and successful stranger from the big city.

Anyone and everyone who sees "Catfish" will strongly suspect from the outset that all is not exactly what it seems to be with Abby and Angela and Megan, and that was true from the film's first screenings at Sundance. (I was present for the now-legendary Q&A in which an audience member facetiously congratulated Joost and Schulman for making a "faux-documentary." They seemed genuinely taken aback.) If anything, the early part of the film is about Nev's willing and even willful desire to be deceived, or at least to play along with the pulchritudinous possibilities. "I was really bored. My life was in limbo. I was unbelievably self-convincing," Nev told New York magazine.

Those who feel that Nev's reaction fails the smell test are not giving the filmmakers, or the human capacity to believe highly improbable things, quite enough credit. They look at this guy and see a plugged-in, prepped-out, good-looking Manhattanite with a burgeoning media career. If you look at him and see instead a 22-year-old kid -- a person experiencing the first flush of adulthood, who, like 22-year-olds throughout history, is consumed with his own emotional dramas and imagines himself as the hero of a whirlwind romance out of Jay Gatsby's back catalog -- you might be more forgiving. Furthermore, Nev's upscale New York-ness is also a limitation, a form of parochialism. He has said that he Googled Abby's family and found no evidence that they existed, but simply concluded that folks in Ishpeming, Mich., weren't quite up to speed on the Internet.

"Catfish" moves briskly from Nev's initial credulity, and his hot 'n' heavy exchanges with Megan -- which venture off-line into extensive and erotic phone calls -- toward the irresistible conclusion that Megan is not who she says she is, and the Schulman-Joost trio's fact-finding mission to the Upper Peninsula. This is where the film gets itself in trouble, engaging in some clumsy shorthand storytelling and apparently forcing the audience to choose between two unappealing conclusions: Either Nev has embarrassed himself by acting like a total buffoon, or he has embarrassed himself by acting like a total dick. To put it more bluntly: Either he has spent weeks of his life on a steamy long-distance love affair with a mentally ill Michigan housewife in her 40s, or he purposefully played along with her in order to entrap her on camera.

Arguably, the fact that many viewers seem eager to vote for the second option (in which Nev is evil, but not naive) says more about the pervasive force of conspiratorial thinking, and about our collective reluctance to suspend our disbelief, than it does about "Catfish." With their jittery, uncertain and self-referential style, the filmmakers have invited a certain amount of misunderstanding and mockery -- and doucheyness, after all, is in the eye of the beholder. But if their execution is flawed, as I read it their intentions were pure.

Nev Schulman allowed himself to be seduced by Angela Wesselman-Pierce, who painted all the paintings and invented a grand and artful fictional Facebook universe -- an entire social network, in fact -- out of her personal and artistic isolation. She invented online identities, complete with stolen photos, for herself and her daughters, along with numerous other people. (Abby and Megan exist, but played no role in her invention.) As with every successful work of fiction and every con game (choose your own term) Nev was more like a willing collaborator than a mark or passive spectator. "Your voice is not at all like what I expected," he says the first time he talks to "Megan" on the phone.

If we don't want to confront an apparently sophisticated protagonist who lies to himself and resists logical thinking and continues to hope that the hot chick out there in cyberspace might be real, that's probably because his naiveté hits a little too close to home. Some commentators have brought up the stories of Joaquin Phoenix and James Frey and J.T. Leroy and Armistead Maupin's "The Night Listener" as cautionary examples -- but examples of what? Of the fact that smart people are all too eager to fall for artful deception? That's it exactly.

Now, as for Wesselman-Pierce, arguably she deserves a moment of her own, and a much longer one than she gets at the end of "Catfish." As A.O. Scott has argued in the New York Times, she's the real star of the film, and her intense hunger for self-revelation is far more powerful than Nev Schulman's callow process of self-discovery. Wesselman-Pierce's recent interview with ABC News, meanwhile, ought to quash the notion that she's a fictional character, or a simple rube sandbagged by New York hipsters. But you know how it goes. People will believe what they want to.