The bullying celeb blogger says that he's done being nasty -- but will people still want to read him? 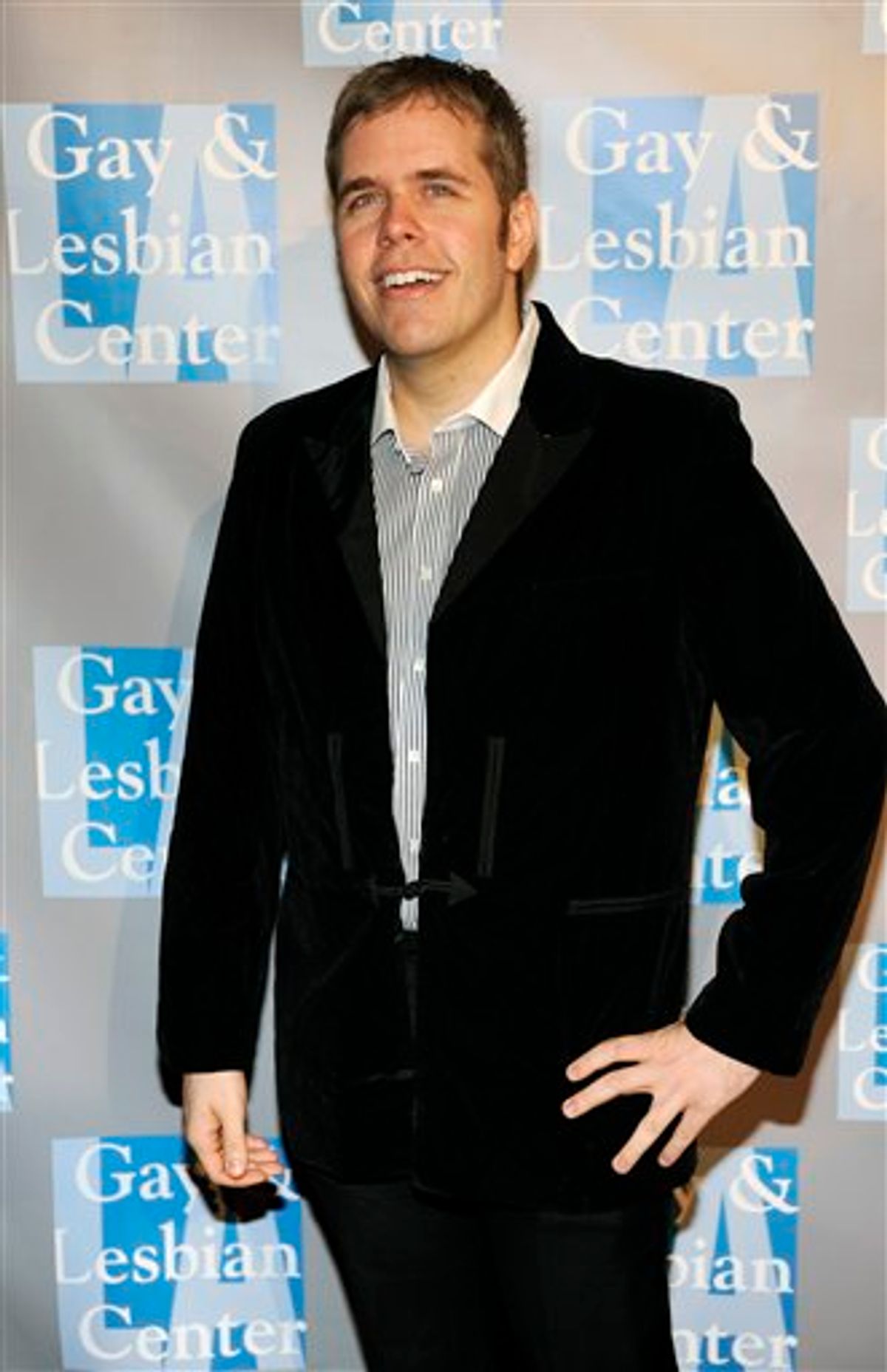 In a stunningly rare display of self-awareness, the man behind "Hollywood's Most-Hated Web Site" announced Wednesday that he's going to stop being a creep. "I am very happy, scared and ready," he said via YouTube. "I need it to be the change I want to be .… I still want to be me and be fun and be sassy without being vanilla, and without being malicious and hurtful and nasty .... Starting today, things will be different .... I'm ready to grow, and I hope you'll grow with me."

Why the sudden change? It would appear the pot formerly known as Mario Lavandeira has recently had his blackness pointed out to him by the kettle of public opinion. When Dan Savage launched the It Gets Better Project after a tragic string of teen suicides this September Hilton was, admirably, among the first to offer testimony of his experience as a closeted gay teen, and to affirm "You are special and you are loved…. Your life and your spirit is of great value."

But those familiar with the gossip blogger's antics -- posting upskirt photos of underage singers, outing celebrities, drawing devil horns and compromising white drool on photos of the famous, calling women whores and being an all-around nightmare, found his message a tad hypocritical. The man who has referred to allegedly gay actors as "fagulous" thinks "maybe it’s only cool to 'cyber bully' people about their sexuality if you do it in front of millions." And indeed, the notion of the biggest cyber bully on the Internet propping himself up as the voice of consolation and hope has been richer in irony than a back catalogue of Alanis Morisette lyrics. You want to talk about name-calling, dirt-digging, slut-shaming, salt-in-wound rubbing monsters? Uh, that would be you, Hilton.

The road to reform will be a slow one. Welcoming him to her show Wednesday, Ellen DeGeneres said, "Every day millions of people go to our guest's web site to get the latest celebrity gossip" and then added tersely, "I have never been one of them." But as he strode toward DeGeneres's chair, it was a much toned down Hilton who walked out to greet America. He was slimmed down; his hair was not dyed an outrageous shade; he was not wearing a goofy fur coat. He looked, in fact, fantastic.

"I've been doing everything I can to bring awareness to teen suicides and bullies," he said. "And a lot of people have called me a hypocrite and a bully. It was a big wakeup call, and I want to be part of the solution. I'm not going to call people nasty nicknames. I'm going to try to force myself to not doodle inappropriate things, not out people." True to his word, his site today is still rife with doodles and gossip, but there's not a sign of seminal fluid or an accusation of whoriness to be found anywhere.

But without the inappropriate, hurtful stuff, what's left of Perez Hilton? There are plenty of other sites for celebrity news and gossip – and the Radars and the TMZs manage to dispense the headlines and break the big stories faster. The horrible draw of Hilton has likely been, for many of his regulars, his unbridled nastiness. So this moment has got to be scary for him – to consider the possibility that without his cloak of ugliness, he might be nothing. It's something few who are regularly unkind at the expense of others, who employ lazy sarcasm when sincerity and empathy would just not have the same zing, would risk finding out about themselves.

But while Hilton has built a tidy empire for himself as the queen of mean, he's also fortunate to already have a huge platform and an enviable level of access to the Hollywood world. If he can play nice and reverse his reputation as a brute, he could emerge from this smelling like a rose, and more successful than ever. He's already taken drawing splooge on Jon Gosselin's image as far as one can go with that sort of thing anyway, so what the hell. And though his road-to-Damascus moment seems to have been very real, it could also ultimately prove well-timed. In 1994, Oprah Winfrey publicly decided to take her show out of the tabloid, sensational realm and focus on the positive, saying, "I'm not going to be able to spend from now until the year 2000 talking to people about their dysfunction." And look how well that worked out for her.

Hilton is no Oprah, but he has an opportunity now to use his voice for something other than cheap shots and moral scolding. In the process, he might even be able to send the most effective message of all to the other bullies out there – that any one of us, even the worst kid on the block -- can be redeemed. And though today he's still got a long, long list of people on his amends list and a lot of wrongs to right, if he's committed and sincere, Hilton might just eventually prove himself a decent celebrity blogger and, more significantly, a decent human being. You've got your work cut out for you Perez, but don't worry. It gets better.