Pick of the week: "Down Terrace" 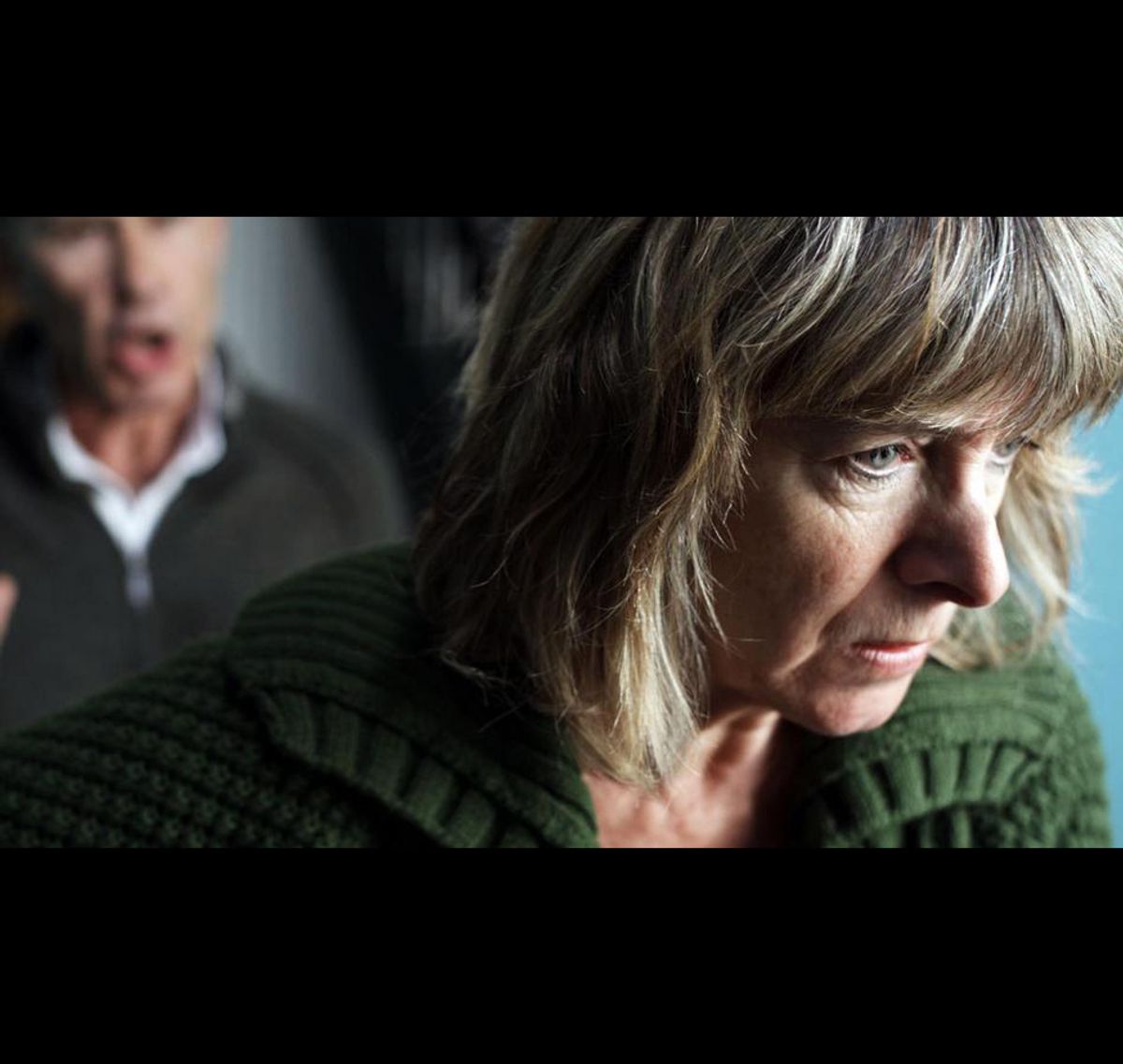 If I use the phrase "crime family drama," you have a pretty good idea what to expect, right? I mean, they vary somewhat: There are the Corleones and the Sopranos, the high-living Triad clans of Hong Kong cinema, the brutal, black-suited thugs of the Tokyo yakuza. Australian director David Michôd recently showed us a downscale, suburban Melbourne version in this year's art-house hit "Animal Kingdom."

But I guarantee you've never seen a crime film like "Down Terrace," a strange and dry low-budget blend from English director Ben Wheatley, or a crime family like the one headed by the father-and-son team of Bill and Karl (played by real-life father and son Robert and Robin Hill). We get the impression that Bill, a 60ish guy with close-cropped steel-wool hair and a feral visage, is a major drug dealer in an unnamed English provincial city. (It's Brighton, on the south coast.) But for at least the first half of the movie, he does nothing that even hints at serious criminality. He seems like an aging, impotent, vaguely erudite hippie who sits around smoking bowls and boring people with his monologues about Timothy Leary and Tibetan meditation.

To anybody who's watched a lot of recent British cinema, the characters and situations in "Down Terrace" seem immediately familiar: Bill, along with his hardass, harridan wife, Maggie (Julia Deakin), and Karl, a shaggy, shambolic 34-year-old who still lives at home, come straight out of the lo-fi, vérité-style films of Mike Leigh or Ken Loach. These perennially aggrieved people are partly sympathetic and partly intolerable; they sit around drinking tea and bitching about each other and the rest of the world. (The cast includes such British sitcom vets as David Schaal, Tony Way and Michael Smiley, as the sad-sack members of Bill's inefficient and alcoholic criminal crew.)

Wheatley strikes a tone of bleak, half-affectionate working-class comedy without much action, and when Karl's ex-girlfriend Valda (Kerry Peacock) shows up pregnant, we assume the major plot development has just happened. "Granddad to a bastard child," Bill muses unhappily. "Is there a word for that?" Maggie answers him: "Cunt." He nods; he's an old cunt, all right. But he'll come around to granddad-ness after his own crusty fashion, and that'll be it, right?

Well, except that's when the killing starts. I don't want to tell you too much about how far Wheatley and co-writer Robin Hill (also the actor who plays Karl) push these characters and their story. Much of the pleasure in "Down Terrace" -- if you're the sort of person who finds pleasure in these things -- comes from the nasty shocks it delivers, right in the middle of what seems a lackadaisical, likable narrative. Suffice it to say that Bill and Karl are much more than the semi-lovable, lower-middle-class stoner losers they appear to be. I mean, they definitely fit that description, but they're also a pair of vicious, manipulative and selfish low-lifes, locked in an epic Oedipal struggle that threatens to destroy their decrepit inner-suburban row house and everybody in it.

By the time we witness an attempted contract murder fatefully interrupted when the hit man must pause to use his inhaler -- he appears to suffer both from asthma and some form of palsy -- the film has turned gleefully evil, not to mention frequently hilarious. Other critics have suggested that "Down Terrace" resembles "The Sopranos" as created by Mike Leigh instead of David Chase, or a Coen brothers film infused with British kitchen-sink realism. Those descriptions come close, but they miss the fact that Wheatley and Hill are channeling the grand British tradition of "taking the piss," meaning that they're emulating working-class drama to make its conventions look ridiculous, and also that they delight in offending every possible viewer. In this, "Down Terrace" resembles Chris Morris' as-yet-unreleased terrorism comedy, "Four Lions," a farce about a group of Midlands Muslim idiots whose nutso bomb plot turns deadly serious.

There's even an element of Shakespearean grandeur to "Down Terrace," although I'm not sure a movie as intimate and domestic as this one can really pull it off. (Most of the action takes place in the family home -- which actually is the Hill family's home.) Convinced that someone in their inner circle has sold them out to the cops, Bill and Karl launch a worsening spiral of violence that will pit them against each other, with all the inevitability of one of the Bard's murder plays. A ruthless woman of few words, Maggie ranks high on the Homemaker Lady Macbeth scale -- and Valda, Karl's on-again, off-again squeeze (who may or may not be pregnant with his kid) reveals some hidden dimensions of her own.

If you're one of those viewers who really wants to find somebody to root for, I'd suggest skipping "Down Terrace." You'd have to describe Karl as the hero, but Robin Hill plays him, with delicious abandon, as a weaselly, whiny, emotionally volatile and thoroughly unappealing little man, who almost always wears the same shapeless and horrible striped shirt. Bill is far more charismatic and confident, but Robert Hill reveals him, over time, to possess nearly every odious quality possible in a human being: Under the pot smoke and the shorthand philosophy, he's cruel, violent, vindictive, small in spirit and utterly selfish.

No doubt many people will find "Down Terrace," and its utterly unredemptive view of humanity, completely unbearable. What saves the film for me (and a few other dark-hearted souls, I expect) is that its litany of outrageous abuses and horrible crimes, as it careens from delicately phrased dinner-table insults to old ladies murdered in the street, is often gaspingly, ridiculously funny. When it's all over and you don't have to spend any more time smoking pot with Karl and Bill in their horrid little house, you may feel the elation of tragic catharsis. Then again, you may feel as if you just drank a bottle of drain opener; the difference between those states is subtle.

"Down Terrace" is now playing in New York and Los Angeles, and opens Oct. 29 in Portland, Ore., with other cities (and eventual DVD release) to follow.