Could it be that Republican presidents understand a few things about midterm losses that Democrats don't? 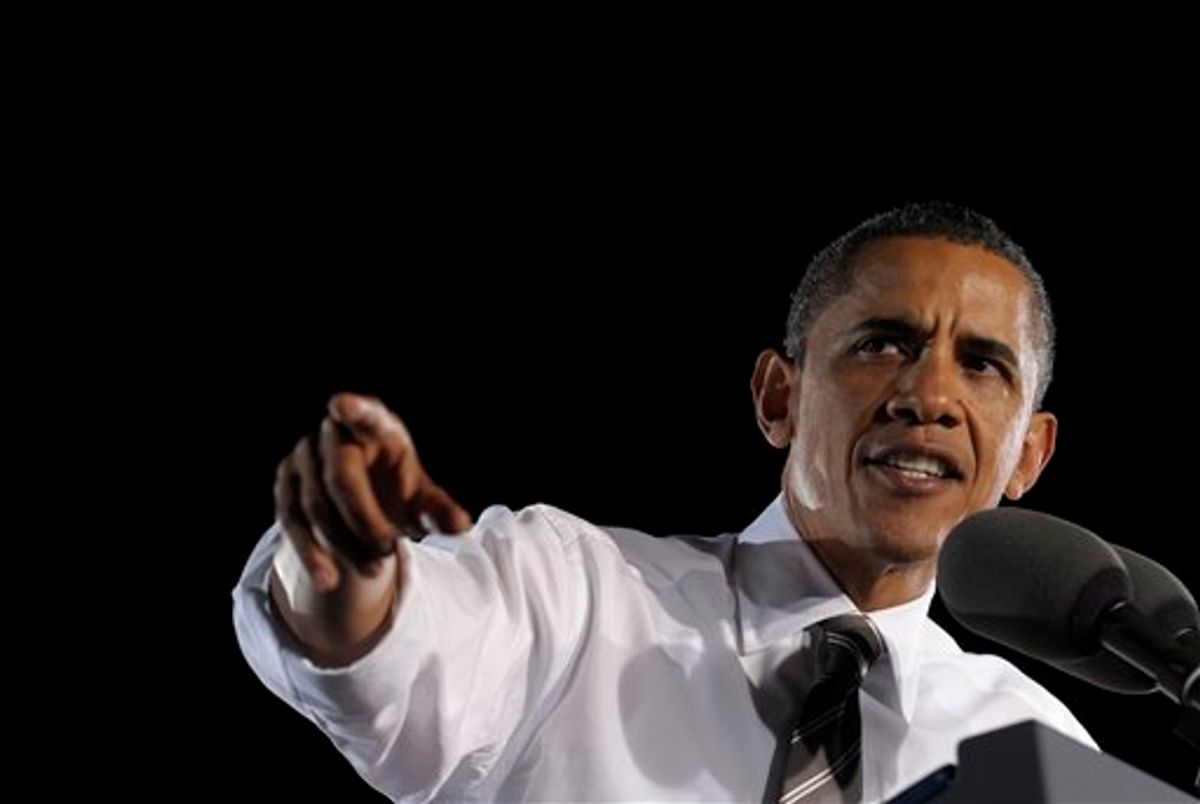 If Republicans succeed in taking over the House and come even close to gaining a majority in the Senate, expect calls for the president to "move to the center." These will come not only from Republicans but also from conservative Democrats, other prominent Dems who have been defeated, Fox Republican News, mainstream pundits, and White House political advisors.

After the 1994 midterm, when Dems lost the House and Senate, Bill Clinton was told to "move to the center." He obliged by hiring pollster Dick Morris, declaring the "era of big government is over," abandoning much of his original agenda, and making the 1996 general election about nothing more than V-chips in televisions and school uniforms.

It happened in the 1978 midterm, when Dems lost ground and Jimmy Carter was instructed to "move to the center." He obliged by firing his entire Cabinet, apologizing for the errors of his ways, and making the 1980 general election about absolutely nothing.

Oddly, though, after Republicans suffer losses in the first midterms, they pay no attention to voices telling them to move to the center. Could it be that Republican presidents understand a few things Democrats don’t? For example:

1. There is no "center" to American politics. The "center" is merely what most people tell pollsters they think or want at any given time. Trying to move to the center by following polls means giving up on leadership because you can’t lead people to where they already are.

2. By the first midterm the public is almost always grouchy because the president wasn’t a messiah and didn’t change the world. No single president has that kind of power. The higher the expectations for change at the start of an administration, the greater the disillusionment.

3. Presidents’ parties always lose the first midterm elections because the president isn’t on the ticket, and the opposing party has had time to regroup and refuel. It’s always easier for the party on the outs to attack -- and to mass troops for the assault -- than for the party inside to defend.

4. The economy trumps everything else, even though presidents aren’t really responsible for it. So when it’s bad -- as it was during the first midterms of Carter, Reagan and Clinton -- voters penalize the president’s party even more than usual. When it’s very bad, the electoral penalty is likely to be that much larger.

Why are Democratic presidents so much more easily intimidated by the "move to the center" rhetoric after midterm losses than Republican presidents?

Because Democrats think in terms of programs, policies and particular pieces of legislation. It’s easy to reverse course by compromising more and giving up on legislative goals. Bill Clinton never mentioned the words "healthcare reform" after the 2004 midterms.

Republicans think in terms of simple ideas, themes and movements. It’s far harder to reverse course on these (look what happened to the first George Bush when he raised taxes), and easier to keep them alive: Republican presidents just continue looking for opportunities to implement them.

Republicans are also more disciplined (ask yourself which party attracts authoritarian personalities and which attracts anti-authoritarians). This makes it easier for them to stay the course. Their base continues to organize and fulminate even after midterm defeats. Democrats, on the other hand, are less organized. Electoral defeats tend to fracture and dissipate whatever organization they have.

Republicans are cynical about politics from the jump. Political cynicism fuels them. Democrats are idealistic about politics. When they become cynical they tend to drop out.