"The Kids Grow Up": Invading your daughter's privacy to make a film

Douglas Block airs his child's personal life and own neuroses -- and emerges with a powerful, wrenching movie 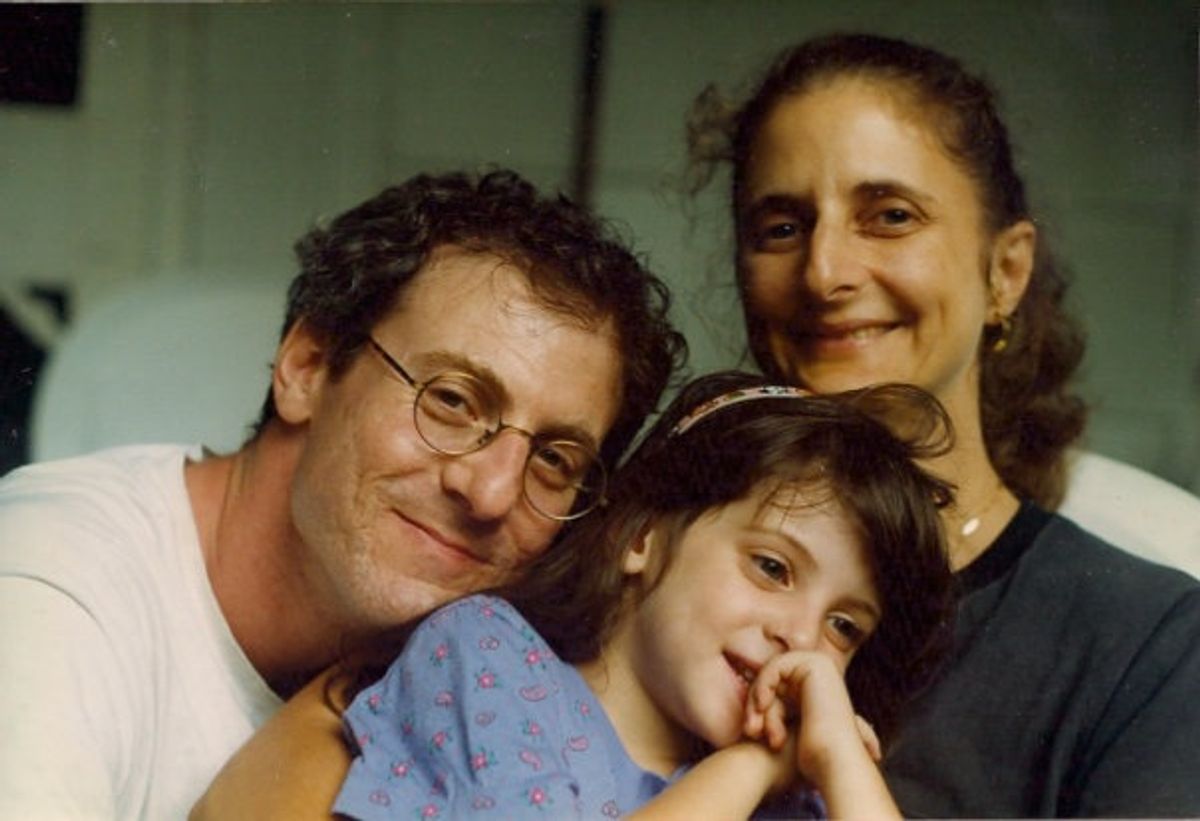 There's a key moment in Doug Block's absorbing and often exasperating documentary "The Kids Grow Up" that might flit right past you if you're not paying attention. Block, who directed, produced and co-wrote the film -- and shot almost all of it as well -- is moving around the outdoor deck of his family's country house, trying to get a shot of his daughter, Lucy, the film's ostensible subject, who is inside talking with her boyfriend. But the sun is behind him, and what he captures instead, for a second or two, is his own reflection in the window.

As Block has admitted, "The Kids Grow Up" is a long-gestating project that's at least as much a self-portrait as a story about Lucy, who begins the film as a reserved, 17-year-old high-school senior, alternately bemused, annoyed and righteously pissed off by her dad's relentless voyeurism and overly general interrogation. She's used to it, since Block's been intermittently filming her since she was born. (Much of that footage is used to haunting or nostalgic effect, but occasionally it's funny. Block asks Lucy, aged about 11: "Were you happy as a child?" She spreads her arms wide in disbelief: "Dad, I am a child!") Even the plural noun in the title carries an unmistakable double edge: Lucy is Block's only child, and Block's wife, law professor Marjorie Silver, tells him early in the film that his obsessive interest in Lucy's last year at home is a way of dramatizing his own Peter Pan complex.

Indeed, the same qualities that sometimes make "The Kids Grow Up" tough to watch also make it irresistible. Block can come off like a self-centered buffoon, a stereotypically neurotic Jewish New Yorker out of a Woody Allen film. For the sake of turning his own family life into a film, he risks alienating everyone around him and wallows in a borderline-unhealthy attachment to a teenage girl who seems determined to get as far away from him as possible. (Even Block does not think it's coincidental that Lucy wants to go to college on the West Coast, 3,000 miles away from her parents' Manhattan home.)

But then you remember that you're not actually watching outtakes from some idiot's home movies, but a finished film by an accomplished documentary director. (And one that his wife and daughter have seen and approved.) Every viewer must of course form his or her own impression of Block, but the element of self-mockery in the film is at least partly conscious. In focusing so minutely on his own understandable pain and his daughter's equally understandable desire for autonomy, he's trying to capture something universal and something specific.

The universal, of course, is the widely shared experience of empty-nest syndrome, which probably arrives with alarming suddenness for almost all parents. (My kids are first-graders, and it's still hard to think about!) Block exposes all his fears, doubts and anxieties about "losing" Lucy, including the fact that he mourns the adorable little girl he could once communicate with so effortlessly, and that he has yet to establish a stable near-adult relationship with the lovely young woman in front of him. In doing so he risks our ridicule -- I believe I exclaimed out loud, "These people worry too damn much!" -- but he also forces us to recognize that we may share some or all of those feelings. (Other parents may choose to mask them with such time-honored remedies as gardening, television sports, alcoholism and shopping for patio furniture.)

Block's specific project, which follows from "51 Birch Street," his remarkable film about the buried secrets beneath his parents' marriage and their aftereffects, now extends to a half-accidental portrait of parenting across three generations of one ordinary American family. As Block begins his year of pursuing Lucy to school functions and grilling her a bit too eagerly about her handsome French boyfriend, his own father -- now remarried to his longtime secretary -- is nearing the end of his life in a Florida retirement community, and Block's stepson and his wife have a baby. (Block jokingly, or half-jokingly, refuses to be called Gramps or Grandpa or any variation thereof. "How about Uncle Doug?")

Almost every viewer will have moments of wanting to throttle Block, or take a golf club to his camera, as when his hounding finally reduces Lucy to tears, or when he interviews Marjorie while she's in bed suffering from a near-suicidal depressive episode. (She claims, perhaps naively, that her illness has nothing to do with Lucy's impending departure.) But again, Block was under no obligation to include those scenes in the finished film, and the naked confessional honesty of "The Kids Grow Up" is what redeems it in the end. His final scenes with Lucy and with his own dad are both surprising and shattering, and I was left humbled by the film's honesty. You may not conclude that Block is the world's greatest dad, but he doesn't think so either. With "The Kids Grow Up" he has given Lucy irrefutable evidence of how much he loves her, after his own fashion.

"The Kids Grow Up" opens Oct. 29 at the Angelika Film Center in New York and Nov. 12 at the Laemmle Sunset 5 in Los Angeles, with more cities to follow. Doug Block's previous film, "51 Birch Street," is now available on iTunes.