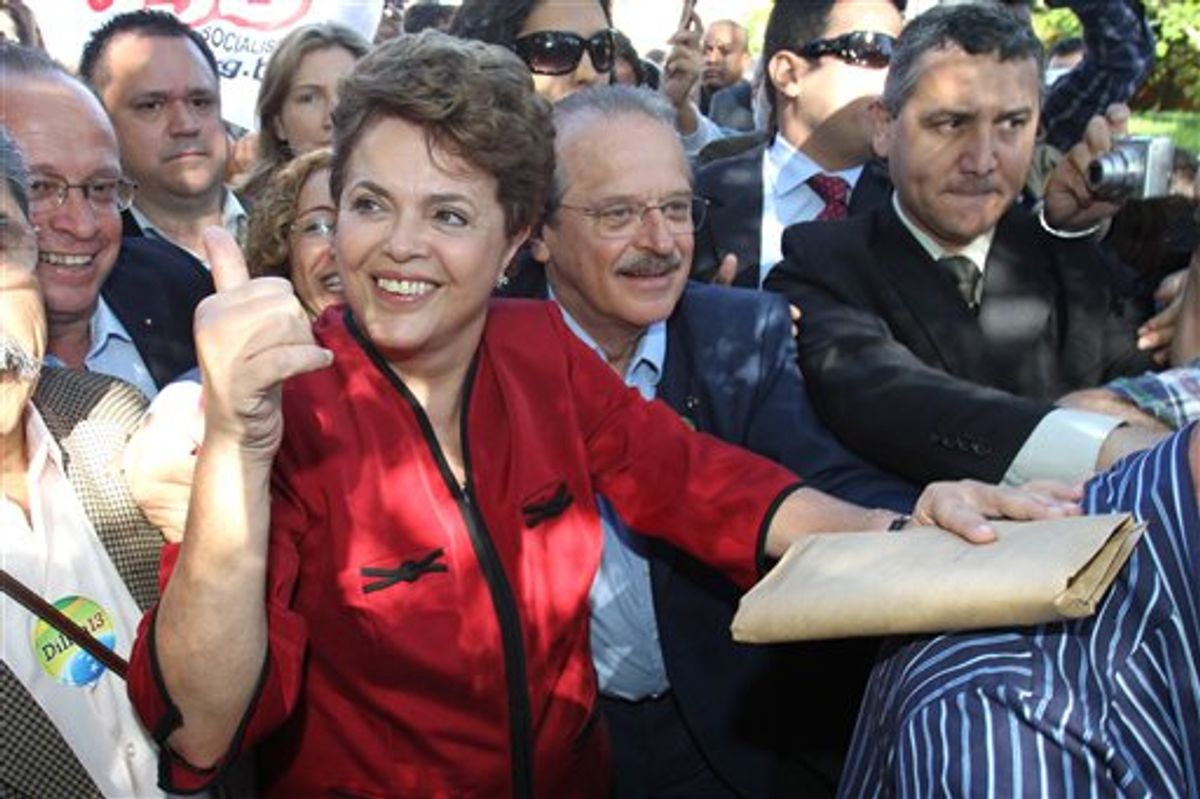 Well, here's occasion to break out the Carnival costumes and floats once more this year: Brazil just elected its first female president.

Dilma Rousseff's win follows major global steps toward presidential parity: In 2006, Michelle Bachelet was elected as Chile's first female president, and Cristina Fernández de Kirchner became Argentina's first female president in 2007. You might also have noticed that the 2008 U.S. election brought about many historic moments for women (so many, in fact, that some smart people have written whole books on that very subject). In the context of women's advancement, her victory is certainly something to celebrate, as are her leftist, democratic aims -- but Rousseff is also a more complex character than that narrative allows. As the Washington Post reports, she has quite the fabled past:

In the 1960s, with Brazil ruled by a military dictatorship, she joined a rebel movement and, according to Brazil's military of the time, became an urban commander of the VAR Palmares organization that robbed banks and carried out assassinations. … After her capture by the security forces in 1970, she was tortured --including hanging upside down from a metal bar, her wrists wrapped to her ankles in an excruciatingly painful position called the "parrot's perch."

Rousseff, who campaigned on the promise of reducing poverty and giving the government greater economic control, has little in the way of actual political experience, but the 62-year-old was given an enormous boost by the endorsement of Luiz Inácio Lula da Silva, the country's celebrated outgoing president. Now, she says, "a new stage of democracy begins" -- although, policy-wise, the new administration isn't expected to differ much from the current one. Only, this time around, there will be a lady at the helm.