The GOP's recipe for an anemic economy through '12

Could it be that Republicans want to keep the economy ailing through the next election? 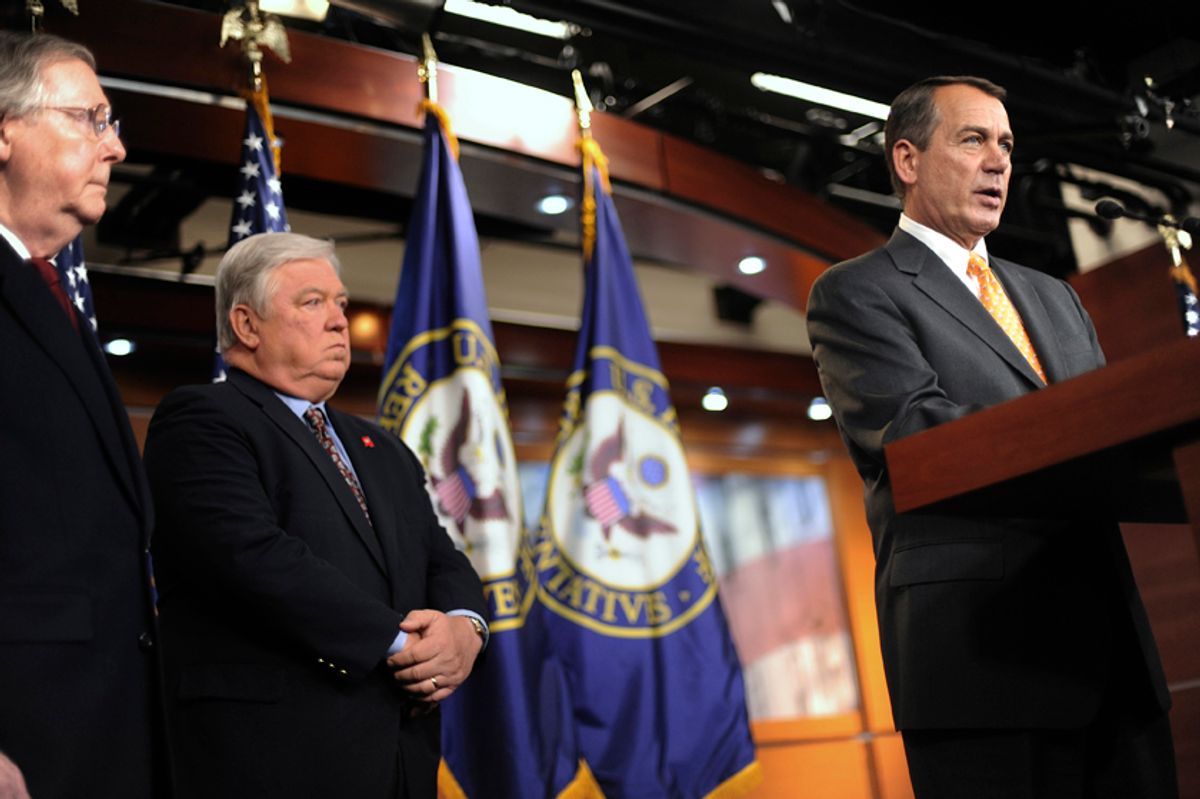 The real message from voters was "Fix this stinking economy." But Republicans have no intention of doing so.

With Republicans in control of the House, forget spending increases or tax cuts to stimulate the economy.

Republicans don’t believe in stimulating economies. They think markets eventually clear — once the pain is sufficient. Or in the immortal words of Herbert Hoover’s treasury secretary, millionaire industrialist Andrew Mellon: “Liquidate labor, liquidate stocks, liquidate the farmer, liquidate real estate. It will purge the rottenness out of the system. People will work harder, lead a more moral life.”

Of course, Mellon was dead wrong. Nothing was purged. Instead, the economy sunk into deeper and deeper depression.

So how do we get out of this bog?

By default, all the responsibility is on the Federal Reserve — which announced today (Wednesday) it will pump $600 billion into the economy between now and June to reduce long-term interest rates (“quantitative easing” in Fed-speak).

But without an expansionary fiscal policy, the Fed’s goals are pipe dreams.

Lower rates won’t push down the dollar and spur more exports. They’ll only spur more competitive devaluations by other nations determined not to lose export shares and jobs.

And lower rates won’t allow middle-class and working-class Americans to refinance their homes because banks won’t lend to families whose incomes have dropped, whose debts have risen, or who owe more on their homes than the homes are worth. That is, most of us.

Without an expansive fiscal policy that puts more money into the pockets of consumers and gets them out from under their huge debt load, the Fed’s billions will just fuel another stock-market bubble.

It’s already started. Stocks are up even though the rest of the economy is still down because money is already so cheap. Bondholders who can’t get much of any return from their loans are shifting into stocks. Companies are buying back more shares of their own stock. And Wall Street is making more bets in the stock market with money it can borrow at almost zero percent interest.

In other words, with Republicans in charge of the House, the economy remains anemic. It may even succumb to another bubble that bursts.

Could it be that Republicans want to keep the economy this way through Election Day, 2012?