A new show will have women competing for a chance to get a plastic surgery makeover. It's America at its ugliest 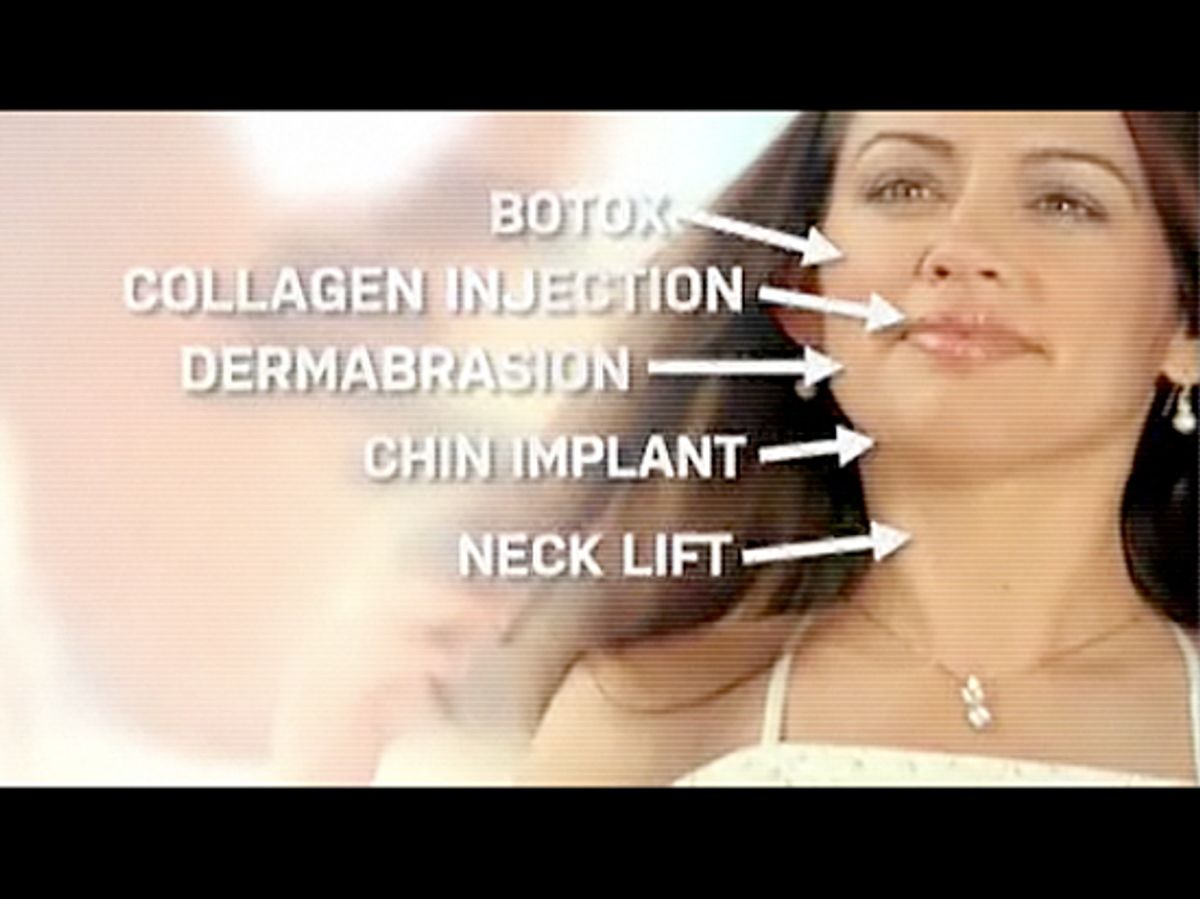 And the winner for the "Most Terrible Portmanteau of 2010" goes to … "Bridalplasty." Bridalplasty, you say? That couldn't be the word for a new E! reality show in which "brides-to-be compete in challenges to earn plastic surgery procedures in a quest to win their ultimate dream wedding," could it? Oh yes, it is. Somewhere, God has just killed a kitten.

It's easy to imagine the brainstorming session in the bowels of E! lair that led to this monstrous realitystrocity, premiering November 28. Take "Bridezillas" -- a show that invites aspiring participants to be "the best of the worst" – cross it with "Extreme Makeover" and "The Swan," throw in Shanna Moakler, a chicken foot, and some goat blood, and then check your watch to see if that Mayan apocalypse is thundering toward us a bit early.

Though host Moakler, a reality veteran herself, told OK! magazine last month that "women will love it" for its inspiring stories – like brides who receive implants after breast cancer -- the general consensus is that any show that promises to be "the only competition in which the winner gets cut" is likely to be the handiwork of Lucifer. When the series was first announced, Videogum mused, "Is it possible for America to CHOP ITS OWN HEAD OFF?" Now the first preview has been unleashed on a screaming-yet-despairingly-resigned-to-its-grim-fate populace, others have chimed in their horror. Television Without Pity called it the show "where women will weaponize their self-loathing" and Mediaite solemnly pronounced, "May God have mercy on our souls."

Dear little baby Jesus, what have we done to deserve a show that promises to showcase those aspiring, cancer-surviving women "possibly walking away with nothing and losing [their] chance to be the perfect bride," and in which the winner's groom will have an "emotional and possibly shocked reaction as they stand at the altar and he lifts her veil to see her for the first time following her extreme plastic surgery"?

As so often is the cases in Michael Bay-sized disasters, it was man's own folly that brought this about. The show is executive produced by E! host Giuliana Rancic and production company 51 Minds, the folks who have to answer for such popular train wrecks as "The Surreal Life," "Rock of Love," and "Megan Wants a Millionaire" -- a show best known for contestant Ryan Jenkins, a domestic abuser who went on to murder his ex-wife before committing suicide.

A show like "Bridalplasty" does not exist to make young women's dreams come true. It's not there to celebrate the universal spirit of competition, like an Olympics of boob jobs. It exists because, of course, people are going to hate it. They're going to watch it precisely so they can hate it. You think anybody was tuning into "Megan Wants a Millionaire" because of its inspirational message? It's because there is a proven audience appeal in presenting horrible people doing terrible things for incredibly shallow reasons. "Bridalplasty" exists because people will watch it.

It says something none too pretty about the bottomless cynicism of its creators that they can grind up the most loathsome elements of reality shows past and peddle them in a new format, and it something similar about audiences that they will sit and drink and point and laugh at this thing. And nothing reveals a cultural ugliness that goes right to the bone like a new show about the competition for "extreme" beauty.