"Night Catches Us": A "Casablanca" for the Black Power era 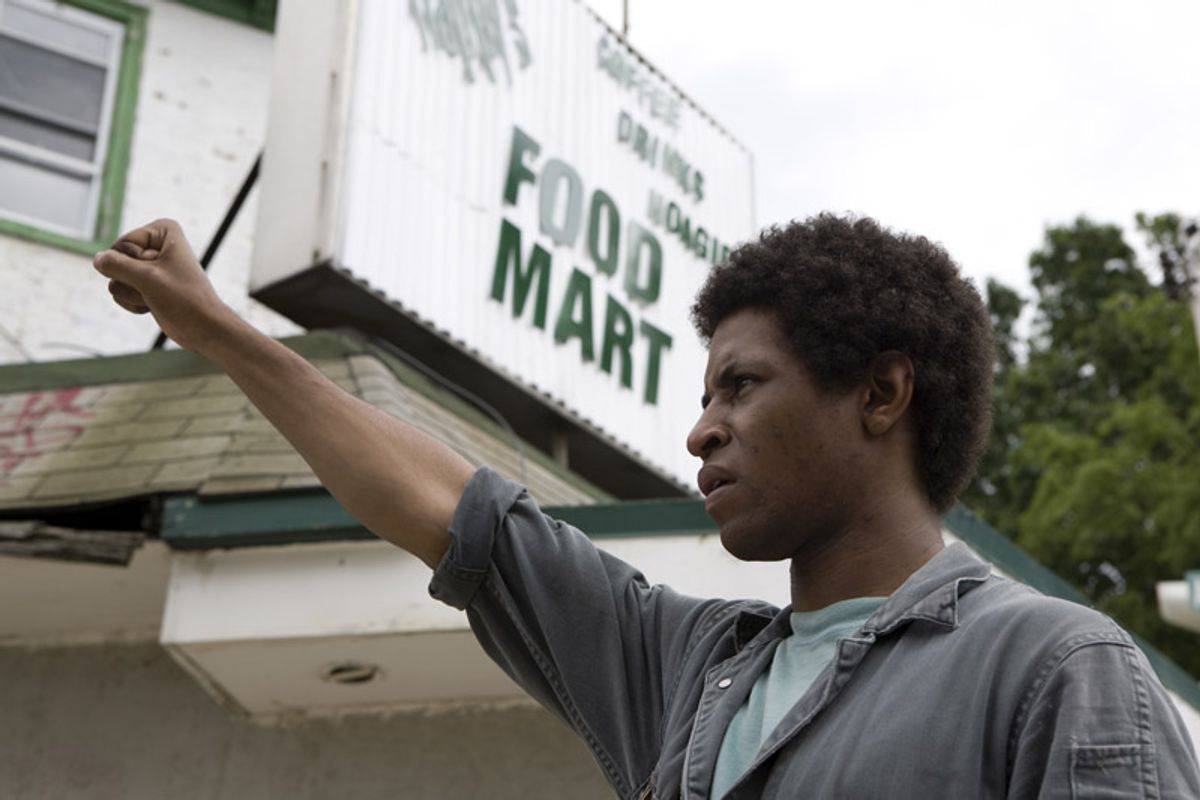 A still from "Night Catches Us"
--

I'm probably grading on a curve with writer-director Tanya Hamilton's debut feature "Night Catches Us," a low-budget film that took 10 years to get made and was shot in 18 days. Hamilton will no doubt make more polished movies, but this one has unusual atmosphere and emotional depth, and tackles subject matter no mainstream American film would touch without Hazmat equipment.

Set during the hazy, hot bicentennial summer of 1976, "Night Catches Us" uncannily captures the feeling of life in an African-American neighborhood of Philadelphia, where middle-class strivers inhabit elegant old homes around the corner from empty lots and ghetto housing projects. It's a place of hope and hopelessness, of sizzling backyard barbecues and R&B on the radio and constant incipient violence. (One of the first things we hear is ex-Georgia Gov. Jimmy Carter, announcing his long-shot presidential campaign.)

Hamilton's characters, as she explained when I met her last year at Sundance, are survivors of an unacknowledged war, now living in a time of uneasy peace. Patricia Wilson (Kerry Washington, looking elegant in her late-'70s business-casual attire) is a do-gooder defense attorney, living with her daughter and a fast-rising local prosecutor (Ron Simons) in one of the Germantown neighborhood's nicest old houses. Marcus Washington (Anthony Mackie), on the other hand, seems to have drifted rootlessly around the country for several years, and makes a brief stop back in Philly after the death of his preacher father. (His father's Bible sits open to Genesis 42:21, which provides a kind of epigraph for this movie.)

This prodigal son seems to have a lot of unfinished business in the City of Brotherly Love, most of it mysterious and at least some of it ominous. Marcus' own brother (Tariq Trotter), a Muslim convert, isn't too happy to see him, although we don't exactly know why. A police detective who treats the neighborhood as his private fiefdom (Wendell Pierce, playing essentially the same role he used to on "Homicide: Life on the Streets") warns him to stay out of trouble, and a gun-toting, Cadillac-driving thug (Jamie Hector) tells him that "the brothers" have not forgotten his long-ago act of betrayal. Then there's Patricia, who drops by to say hello and then bolts almost immediately -- her past history with Marcus seems to be of a somewhat different variety.

I won't give away too much about what connects all these people, but it's evident from the movie's first frames that they were all involved in the Black Power movement that permanently changed African-American politics and culture in the late '60s and early '70s. Specifically, Patricia and Marcus were Black Panthers, in the charismatic and unstable vanguard of that movement, and now they're trying to move on with their lives amid the complicated rubble of their revolutionary dream. What exactly did they do, back in the intoxicating heyday of Huey P. Newton and Bobby Seale, and what secret are they still keeping? Well, you'll have to see the movie to find out. Meanwhile, there's also the fact that they loved each other once, and may still.

Hamilton is neither trying to apologize for the Panthers or to demonize them (although I'm sure she will be accused of the former, and perhaps the latter too). It's fair to say that she sees the movement's abundant appeal, and also its sometimes poisonous consequences. Here, as throughout the film, she depicts African-American society as a complicated world of conflicting classes and ideologies and economic interests and, above all, human beings. She is, however, performing a radical service by reminding us that recent American history actually happened and was conducted by real people, not monsters or aliens or anti-American robots. We could stand to confront it honestly once in a while, rather than treat so much of it as a Forbidden Zone. There really was a militant, revolutionary black underground movement, barely four decades ago -- and it really was ruthlessly stamped out by law enforcement and the FBI, sometimes through indiscriminate violence and illegal domestic spying. Those who believe that Barack Obama, of all people, is some kind of crypto-black nationalist would do well to learn more about the real thing.

But the lessons on history and ideology are pretty light in "Night Catches Us," which is an old-fashioned, slow-burning tragic romance about Mr. and Ms. Right meeting at exactly the wrong moment. Think "Casablanca," with bigger hair and a Philly soul soundtrack. Kerry Washington is elegant, composed and effortlessly beautiful, but in some ways it's Mackie's performance as Marcus that steals the show. Soft-spoken and stylish, with lady-killer eyes and just a hint of ghetto swagger, Marcus is gentle but dangerous, the kind of guy who'd be unlikely to start a fight but can damn well finish one. Both actors no doubt deserve to be bigger stars, but for all that has changed for African-Americans in Hollywood (and it's a lot) there are just so many roles for black actors.

I don't know how many white folks (or people of other races) will turn out to see "Night Catches Us," but then, I don't know whether black folks will either. This sad and lovely picture, set in a minor key but loaded with big emotions, is a long way from the Tyler Perry/Oprah Winfrey model of African-American film, and about the only thing it has in common with "Precious" is the idea that a story made by and about black people might have some general relevance. All I know is that from the first moments of Hamilton's haunting and soulful elegy to a bygone urban America, I would have followed her anywhere.

"Night Catches Us" is now playing at Cinema Village and the AMC Magic Johnson Harlem 9 in New York, with more cities to follow. It's also available on-demand from many cable and satellite providers.