At this rate, unemployment won't return to its pre-recession level for more than a decade, if ever 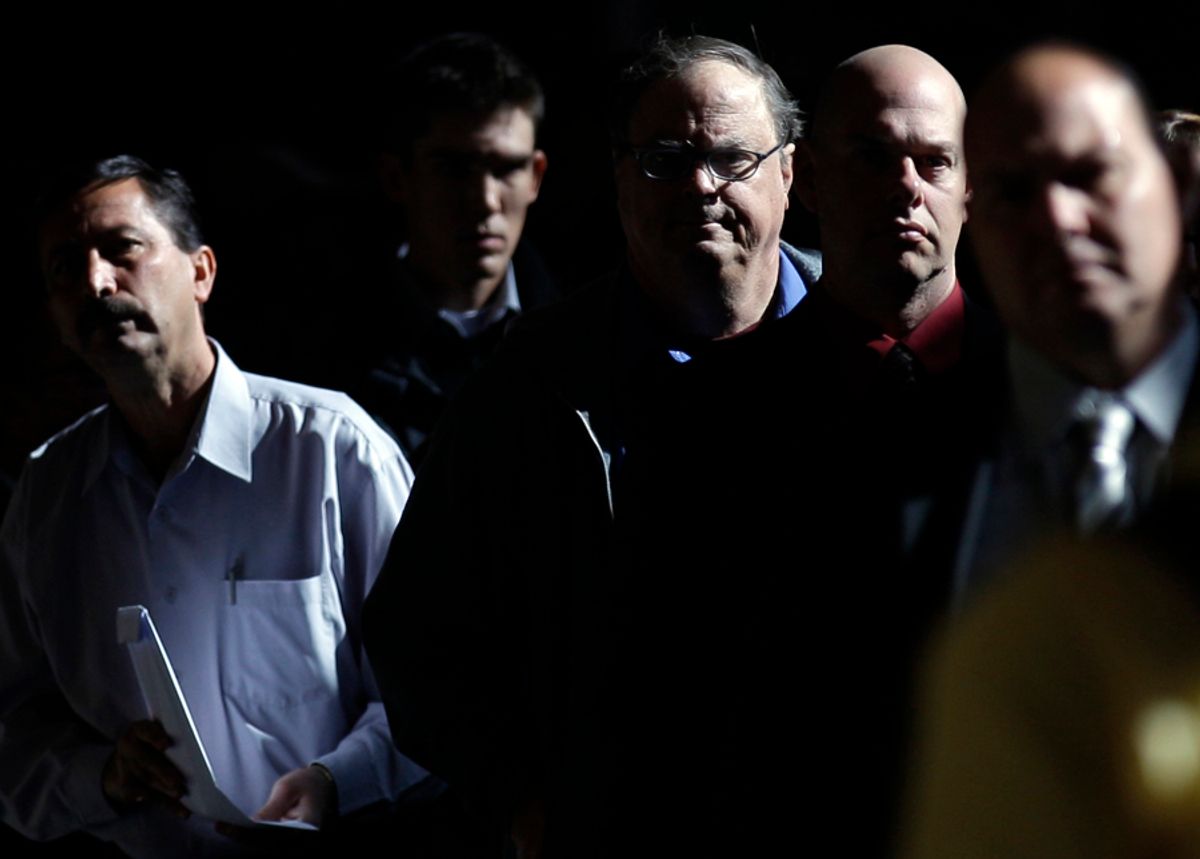 In this Nov. 30, 2010 photo, Mark Chavez, second from right, waits in a line to register at a career fair in San Diego. More Americans signed up for unemployment benefits last week, but the broader trend in layoffs still points to a slowly healing jobs market. (AP Photo/Gregory Bull) (Gregory Bull)
--

This is not a recovery. It’s a continuing jobs emergency and it demands action.

We learned this morning that unemployment rose to 9.8 percent in November and employers added only 39,000 jobs. Private employers added 50,000 -- the smallest gain since January. Government employment continued to shrink.

At this rate unemployment won’t return to its pre-recession level for more than a decade, if ever.

Over 15 million Americans were jobless in November. This doesn’t include those who are working part-time but would prefer to work full time. Nor does it include a record 1.3 million who are too discouraged even to look for work.

Nor does it take account of the fact that most families are dependent on two breadwinners. So to figure out the true impact on most families, all these numbers have to be doubled.

Nor does it reflect the fact that the level of unemployment tracks level of education. Only 5 percent of those with college degrees are now unemployed, while more than 20 percent of everyone else is without work.

Maybe that’s why Washington doesn’t get it. The Washington echo chamber is filled with college degrees.

The Big Money economy on Wall Street and in corporate suites doesn’t get it, either. They’re doing marvelously well because they’re tied to rapidly-growing markets in China, India, and Brazil.

But the Average Worker economy on Main Street continues to wallow.

Let’s be clear about this. The problem is lack of sufficient demand for workers.

There are only four sources of demand. The biggest source is American consumers, who comprise about 70 percent of economic activity.

But the vast American middle and working class can’t and won’t buy enough to get people back to work. They’re still under a huge debt load.

Even if and when they pay it off, their buying days are gone. The Great Recession took away their last means of coping with years of stagnant wages -- going deeper into debt by using their homes as collateral. The housing bubble burst, and home prices continue to drop.

(Republican supply-siders say businesses are not hiring because they’re uncertain about the effects of the new health care law and don’t know how much taxes they’ll have to pay. This is political claptrap. Supply-siders also say businesses would start hiring if their taxes were lower. But businesses are sitting on almost a trillion dollars of cash. They don’t need lower taxes in order to hire more Americans. They need more American customers.)

The third source of domestic demand is net exports. But they’re going nowhere. Although China, India, and Brazil are buying goods and services from American companies -- and thereby boosting US profits -- those US companies are making most of what they sell there in those countries. GM is selling more cars in China than in the US now, and manufacturing them in China.

That leaves the fourth source of domestic demand -- government. But it’s not nearly filling the gap. To the contrary, state and local governments are broke, and are cutting spending and raising taxes to the tune of over $110 billion this year. The federal government’s much-maligned stimulus is about gone (almost all economists believe it saved over 3 million jobs).

The Fed is pumping $600 billion into the economy, but without an expansive fiscal policy this is only fueling speculation.

Instead, austerity and deficit reduction are the new buzz-words in Washington, as well as in Europe -- which is absurd given what’s happening to the economy.

Republicans won’t even vote to extend unemployment benefits for the record number of Americans -- almost half the unemployed -- who have been out of work for six months or more. Starting today, 800,000 of the long-term unemployed lose their benefits. Unless Congress moves quickly, by the end of December, 2 million more will lose them.

What must be done

Create a new WPA and National Infrastructure Bank. Not only do we need extended unemployment benefits. We need a new WPA, modeled after the WPA of the Great Depression, to put jobless Americans to work. We need a national infrastructure bank to rebuild our crumbling highways and water and sewer systems, thereby putting additional people back to work.

Cut payroll taxes and enlarge the EITC. We should exempt the first $20,000 of income from the payroll tax, thereby putting more money into the pockets of lower-wage workers -- which they’ll spend. We should extend the Earned Income Tax Credit -- a wage subsidy -- upward through the middle class, and reduce taxes on everyone up to $80,000 of income.

Why Would Republicans and Conservative Dems Ever Agree?

They’ll agree to measures like this when they understand that our choice is either such reforms or continued economic stresses for millions of American families -- stresses that will translate into an ever angrier and more divisive politics.

(When I wrote my new book “Aftershock,” I hoped what I saw unfolding would not become the new reality. It is.)

They’ll agree when they see that we can not go back to the old “normal” of an unprecedented concentration of income and wealth at the top, because that old normal got us into the present fix.

It undermines the purchasing power of the rest of America. It invites speculation on Wall Street.

And it translates into extraordinary political power of a moneyed elite hell-bent on gaining even more power and wealth, and preventing the rest of America from flourishing.

But why would this moneyed elite ever agree? They’ll agree when they understand this is a lousing strategy for even for them.

They should convey this message to their bought-for representatives in Congress.