"Narnia: The Voyage of the Dawn Treader": Narnia gets a religious makeover 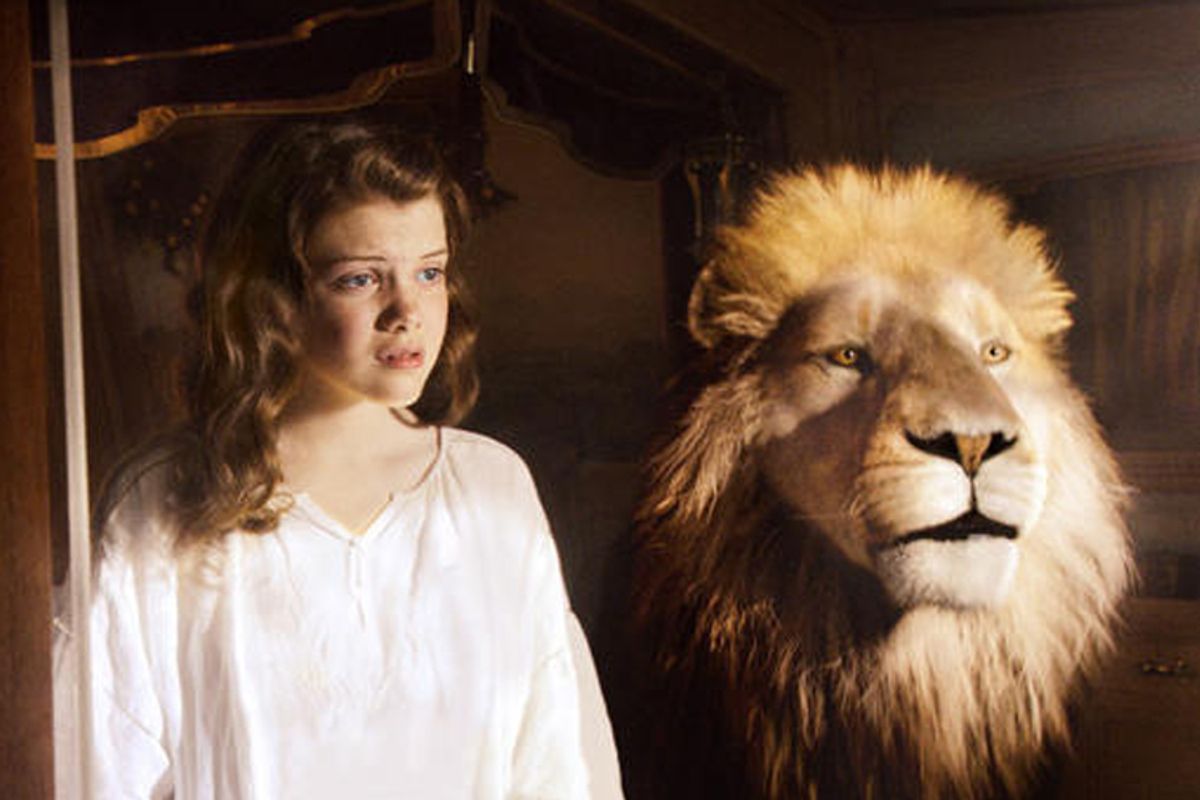 Georgie Henley in "The Chronicles of Narnia: The Voyage of the Dawn Treader"
--

Here's what I have to say about "The Chronicles of Narnia: The Voyage of the Dawn Treader." Not as bad as "The Last Airbender," although delivered in much the same post-production 3-D Murk-O-Vision [™]. Not as good as "Harry Potter and the Deathly Hallows: Part 1." Also: Even by the standards of mid-tier fantasy sequels, that's a long-ass title! There -- are we done yet?

Almost, I promise. It's difficult to make this mediocre adaptation of perhaps the best-loved book in C.S. Lewis' Narnia series -- it's either the third or the fifth volume, depending on which side of the dreadful Douglas Gresham schism you fall -- seem particularly interesting. A trio of English schoolkids, circa World War II, get sucked into a seascape painting and wind up aboard the Dawn Treader, a Narnian ship under the command of King Caspian (Ben Barnes). There they have a series of allegorical, frightening and/or comical adventures, delivered here by veteran English director Michael Apted (who has taken over the series from Andrew Adamson) in a far more directional, video-game fashion than in the Lewis original.

None of that is surprising: Lewis belonged to a far different generation, and was accessing an even more distant tradition. While the Narnia books are indeed, in part, a form of Christian parable (and we'll get to that), they're also an attempt to repurpose adventure stories of the late Middle Ages and Renaissance for a modern readership. Lewis was an eminent literary scholar and a huge fan of the Elizabethan poet Edmund Spenser, whose allegorical epic "The Faerie Queene" must be reckoned as a major influence. In a zillion ways large and small, the creators of the film series have ditched all that, in favor of a generic quest narrative that will presumably seem more familiar to fantasy buffs.

Apted and his technical crew come up with some memorable effects in "Dawn Treader," most notably an evil sea serpent that will scare the pants off younger children (and very likely their parents too) and an impressive wall of water that marks the boundary of "Aslan's country," supernatural domain of the Jesus-flavored lion who rules over Narnia. (As presented here, Aslan bears an unfortunate resemblance to the stuffed beasties on the PBS kids show "Between the Lions.) Once upon a time, the Narnia books constituted a beloved children's fantasy with strong spiritual overtones for those who sought them; Lewis insisted he began writing the series with no Christian symbology in mind, and "that element pushed itself in of its own accord." Now, unhappily enough, this half-successful film series -- ditched by Disney, and since picked up by Fox -- has become both a casualty and an instrument in America's culture wars, and Narnia is widely understood as mainly or exclusively a Christian realm (although it remains too heterodox for some believers).

As my friend and colleague Laura Miller (author of the "The Magician's Book," an affectionate, skeptical rereading of Lewis) observes, the Adamson-Apted Narnia movies have been significantly Christianized, in the sense that 21st-century American Christianity is a much different animal from the high-Anglican, early-20th-century version Lewis was preaching. This retelling of "Dawn Treader" is relentlessly goal-oriented -- our heroes must collect seven swords, and free a bunch of people imprisoned in mysterious green mist -- in a way Lewis' book simply isn't. It's also prodigiously sentimental about the sanctity of the nuclear family, an article of American faith that would have seemed totally mysterious to Lewis and his age, when middle-class or upper-class English children grew up barely acquainted with their own parents. While appearing to argue the unchanging verities of faith, "The Voyage of the Dawn Treader" illustrates how much our ideas about God are shaped by culture.

Movies Science Fiction And Fantasy The Chronicles Of Narnia