In an interview, she claims that everyone knows he's gay. But does everyone have a right to know? 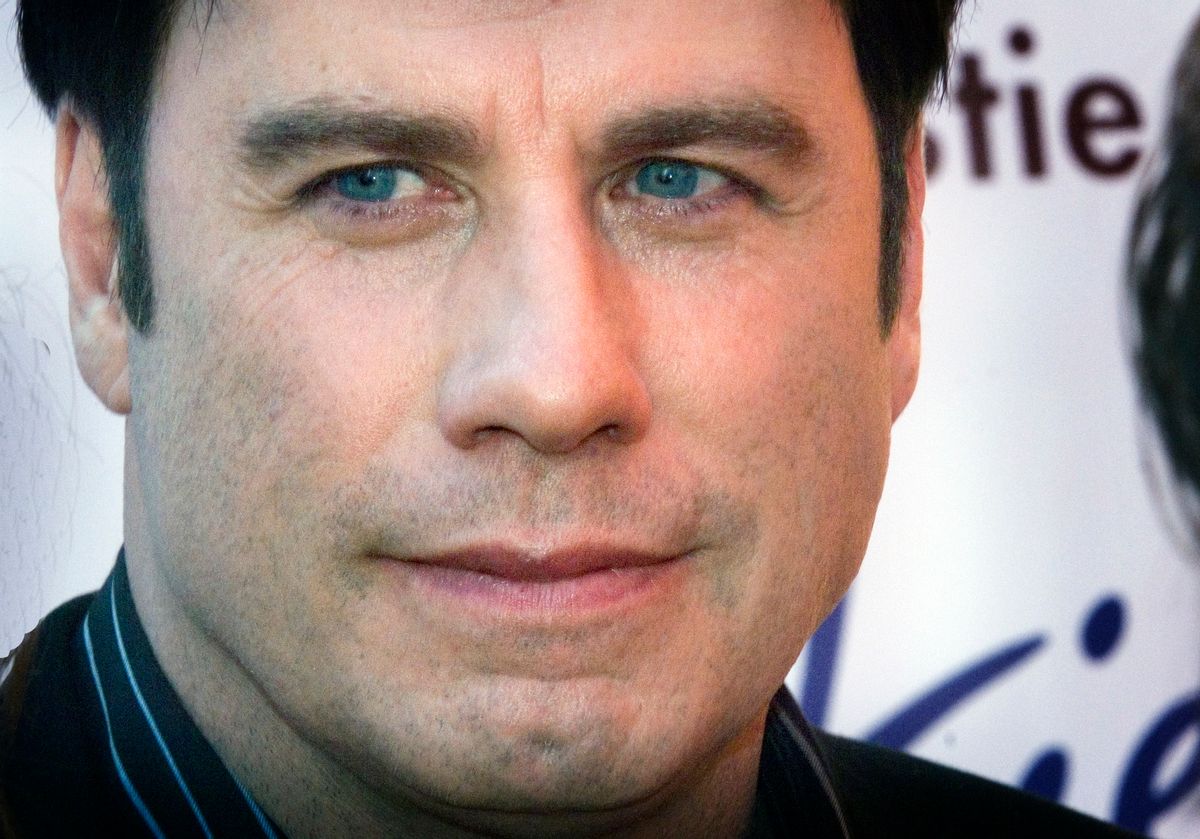 Princess Leia has a bone to pick with Tony Manero. In a no-holds-barred interview published Friday on Advocate.com, the perpetually frank Carrie Fisher opined about her gay fans, what it was like to be married to a man who later came out of the closet -- and those career-long rumors concerning John Travolta. "My feeling about John has always been that we know and we don’t care. Look, I’m sorry that he’s uncomfortable with it, and that’s all I can say." But the former Danny Zuko cares -- he cares a lot. The notoriously litigious actor/Scientologist most recently sent a stern warning to Gawker after it published "false and outrageous" claims regarding the star's alleged long-standing bathhouse habits,  a story Travolta's team dismisses as "blatant defamatory lies."

When Travolta first became a sex symbol 35 years ago, there was no such thing as an openly gay star. Good God, even Liberace played it coy. But in ensuing, more enlightened years, performers who began their careers more circumspectly have transitioned gracefully into successful post-closet careers. It's not as if Ian McKellen and Ellen DeGeneres are hurting for work. And a whole new generation of stars have proven that audiences can fall in love with a smarmy womanizer like "How I Met Your Mother's" Barney Stinson and adore the openly gay Neil Patrick Harris.

Yet the closet -- and the rumors of which big stars inhabit it -- persists. A man like Travolta isn't some bachelor clinging to the story he's "keeping the private life private" with all the tenacity of a CNN anchor. He's a man with a wife and family, a guy whose new son was just born three weeks ago. Professionally, he may don a dress to play Edna Turnblad, but his roles are likelier to be manly man action heroes. And as a Scientologist, he's also a member of a group that defines homosexuality as a "deviation."

Unlike Gawker's source, Robert Randolph, who told them last month that he'd witnessed Travolta in flagrante in the steam room multiple times, I have no claim to what Travolta does in his personal life. It's possible Carrie Fisher has some evidence beyond her "We know," but she hasn't elaborated. But the response -- to both her and Travolta -- have been divisive and telling. "Why does this worthless drug addict find it necessary to out John Travolta for her own publicitary gains? It's a despicable act," wrote one commenter on Advocate.com. Another  cheered, "I support the outing of anyone who goes about pretending to be what they are not!"

You don't have to look far to see that we still have miles and miles and then a few light-years to go before we are living a homophobia-free culture. For many, the penalties for being gay or even being suspected of being gay are steep and terrifying. Those of us who will never have to be afraid of risking our careers, our relationships with our loved ones, or our very lives can't know what that feels like.

But by the same token, it's tragic that the implication someone is gay is still, in the words of Travolta's lawyers, defamatory, and that the word "gay" is still used as a slur.  Ellen DeGeneres has often spoken of how she lost everything when she came out. But she got it all back with heavy interest, because living a life that's dishonest isn't just corrosive to the soul; it makes it that much harder for everybody else still standing somewhere between the closet and the big wide world. It's a risk I'll never have to take, and it makes me appreciate it profoundly when others do. And many, many audiences, gay and straight, have proven again and again that they will feel likewise for any star who does.

Was Carrie Fisher wrong to boldly state what's been whispered for the last three decades? Is outing a question of violating someone's privacy, or shining a light on hypocrisy? As difficult as it is to reconcile, the truth is that it's frequently both. It's not wrong to be gay. But being dishonest is a crappy way to live – mostly for the person doing the deceiving. (It's no picnic for the person's children, either.) And while I'm mostly in agreement with Fisher's "don't care" about Travolta or anyone else's habits per se, imagine how many fewer skeletons the world would have if more people took a chance and realized they didn't need their closets.  And what better incentive can we give to actors and anchors and musicians than to tell them, there are so many of us standing right outside, waiting to applaud?