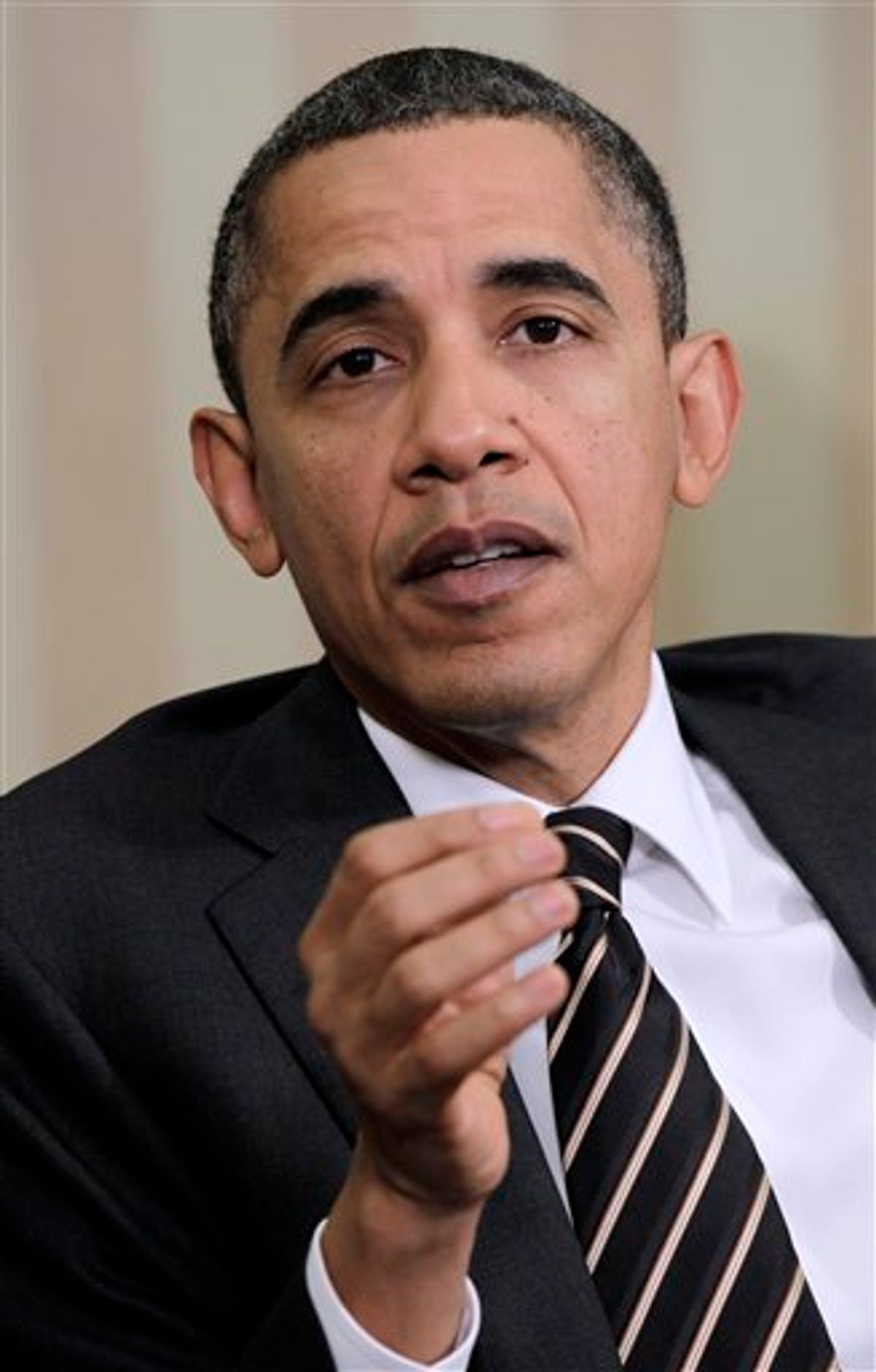 In the 2010 midterm elections Democrats suffered from a so-called "enthusiasm gap."

If Democrats agree to the tax plan just negotiated by the White House with Republican leaders, they’ll face a "why-should-I-get-up-out-of-my-chair" gap that will make 2010's Dem enthusiasm seem like a pep rally by comparison.

It's a $70,000 gift for every millionaire, financed by a gigantic hole in the federal budget that will put on the cutting board education, infrastructure and everything else most other Americans need and want.

Some Democratic apologists say the deal is a $900 billion stimulus. Not true. The rich spend a smaller share of their incomes than everyone else, so the huge benefits going their way will barely stimulate the economy. (Their savings will move around the world wherever they can get the highest return.)

And while middle- and working-class consumers will get a small break from payroll taxes, they’ll use most of it to help pay down their debts because they know the tax break isn’t permanent while their debt payments and penalties are growing. Again, very little stimulus.

An extension of unemployment benefits for the long-term jobless will surely help them and the economy overall. But a new WPA to put the jobless to work would have been far better. The longer they're out of work the harder it will be for them ever to get back in, even if and when jobs return. But apparently a new WPA wasn't even considered.

It's not just the Dem base that worries about the deal. Independents who believe the dice are increasingly loaded in favor of the privileged and powerful are also concerned. (Just the latest example: The New York Times today reports on a small cabal of bankers from the biggest Wall Street houses who meet regularly to maintain their lock on the lucrative multi-trillion-dollar derivatives trade. The Times story could have gone further and revealed how much the big banks are spending on lobbyists to gut provisions of the financial reform act aimed at regulating derivatives trading.)

Even Tea Partiers are convinced big government, big business and Wall Street are colluding against the rest of America. Only instead of blaming the powerful and privileged, the Tea Partiers are more comfortable taking aim at America's so-called cultural and intellectual elites.

The point is that with income and wealth more concentrated at the top than it's been since 1928, with money flooding politics as never before (much of it secret), and with cynicism about government at a post-World War II high, Obama's tax deal couldn't come at a worse time.

Enthusiasts on the right want to shrink government, and the deal sets them up nicely.

Most Democrats, many independents and everyone else who still sees government as our last bulwark against privilege and power are aghast by the deal. They ask: How could it have come to this? And when 2012 rolls around, why should I get out of my chair?