Why is Disney hiding the original "Tron"?

As the hyped sequel finally comes out, the 1982 original is nowhere to be found. Are the marketers just ashamed? 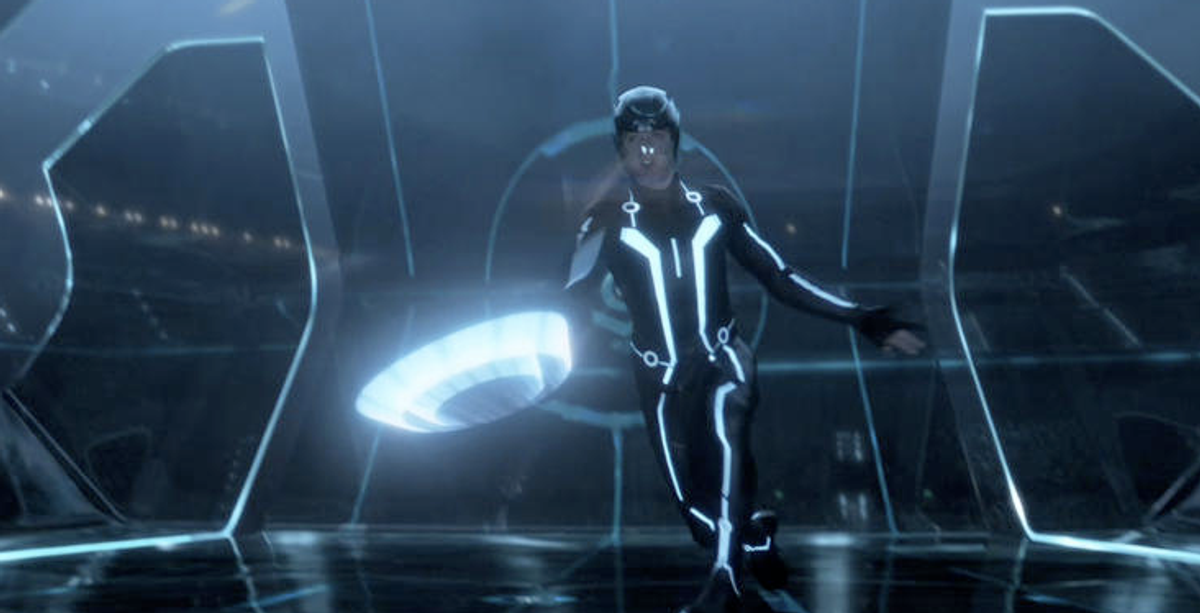 Maybe some things are better left in the past. Have you ever known the thrill of finding a pack of Pop Rocks at some off-the-wall candy store, and then remembered too late that Pop Rocks are actually pretty gross? Have you eagerly Netflixed some Sid & Marty Krofft gems to share with your children, only to have them ask if you seriously spent your youthful Saturday mornings watching this Lidsville crap? Have you ever, upon reflection, considered that Sea Monkeys were your first real life lesson in disappointment?

And then there's "Tron." The science fiction flick about a hacker who gets sucked into the virtual world was a modest success when it was released in 1982, but its digital special effects and ahead-of-its-time storyline quickly made it legendary in nerd circles. I was a high school student and massive dork (not necessarily in that order) at the time, in a town whose domination by Stevens Institute of Technology made it fertile soil for lots of "Tron" obsession. Today, movies about vaguely heroic computer dweebs get nominated for Golden Globes. Back then, "Porky's" was more the order of the day, and "Lawnmower Man" was still a decade away.

In the ensuing blossoming of the digital world, "Tron" was for years a beloved artifact from the dawn of the era. In certain circles, you could just throw the word "Tron" out into the group and hear a story about how it changed somebody's life. How it ignited an interest in computers. How easy and fun everything was before all the goddamn firewalls. And the "Tron" franchise has endured very nicely, spawning first arcade and then Xbox games for everyone who ever longed to get lost in the grid.

So when the first teaser trailer for the long-awaited sequel "Tron: Legacy" appeared at Comic Con two and a half years ago, happy little eeps of joy rose in the backs of throats across the land. Another "Tron"! With Bruce Boxleitner and Jeff Bridges reprising their original roles! Can I buy my tickets nowwwwww?

You'd think, then, that with the long-awaited release of "Tron: Legacy" now imminent, Disney would be flogging the original within an inch of its virtual life, cashing in on a few generations' worth of golden geek nostalgia. But it's not. You can get the out-of-print, 8-year-old 20th anniversary edition on Amazon for about $140 now. And you can wait till sometime next year for original "Tron" director Steven Lisberger 's remastered Blu-ray edition, which has no release date yet. And you can't get it on Netflix.

Why, in the midst of a marketing push so aggressive it includes track suits  and a revamping of theme parks to make them more Trontrastic, would the mouse be holding out so? Could it be because … the original movie itself isn't that great?

The last time I saw the original in its entirety, I may have been sporting a Human League haircut, but a few memory-jogging conversations with even the most die-hard old fans -- and some painful YouTubing -- reminded me of the dark truth: Those old effects look quaintly primitive today. Chances are your kid can dream up better digital movies on her phone. And the plot itself? Well, it's really plodding. Some might even call it tedious. And if true believers are skeptical, imagine how the old "Tron" might go over with our attention span-challenged, special effects-gobbling young. How can we sell them Jeff Bridges in a helmet after they've seen "Avatar"?

Maybe when we do finally see it again, we'll discover that after all these years, we're not so much in love with "Tron" anymore as we are with the idea of "Tron."  Just as we love the old "Electric Company," Wacky Packs and the playground we don't remember ever being this small, we love what they were for their time, and we love the memory of who we were at the time too, with fresh eyes that could widen in delight at stuff that we take for granted now. And Disney surely knows that. That's why it's hyping the daylights out of the new "Tron," and leaving the old one, like a prom dress we can no longer zip up, in the back of the closet. It's not that it isn't still adorable: It's just that it's out of style, and probably doesn’t fit anymore.