Obama and Big Business: A new era of cooperation

No wonder Jamie Dimon likes Obama's tax deal: He'll get an extra $1.1 million next year because of it 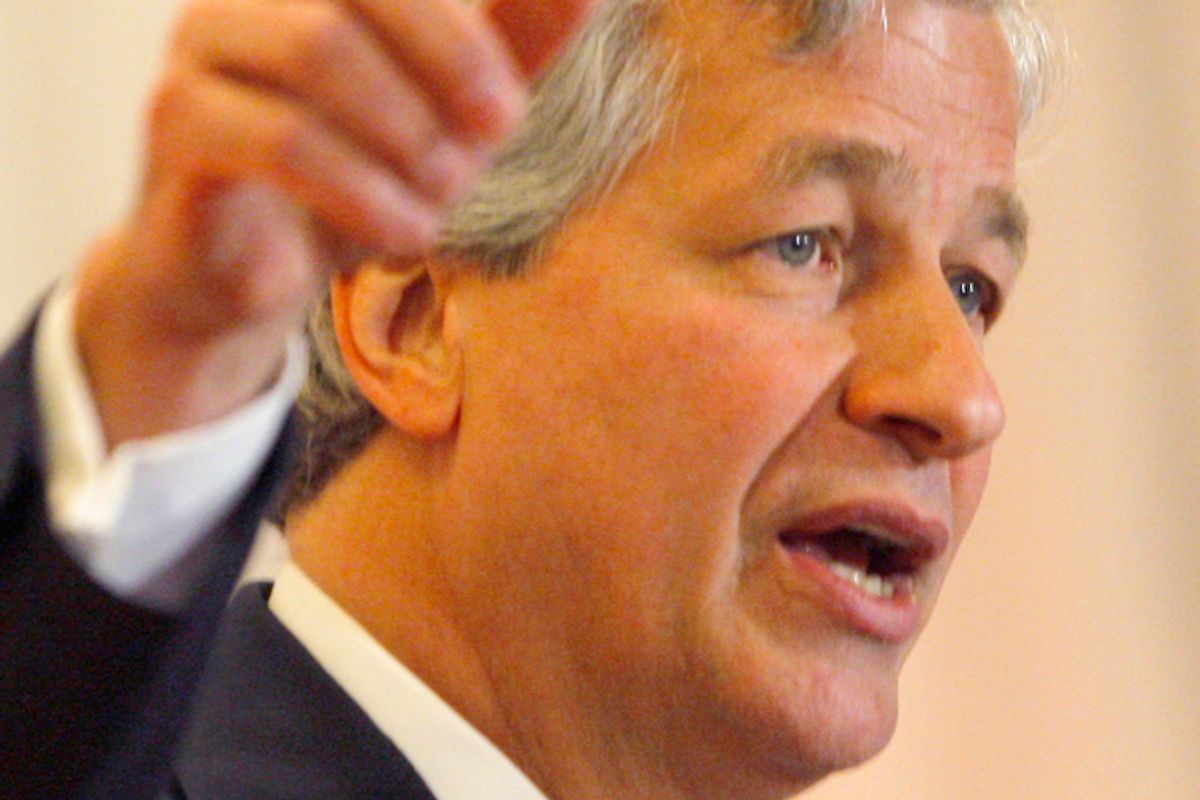 "If we’re going to strengthen our economy and grow jobs, this type of outreach -- and cooperation between the administration, Congress, and the private sector -- are critical," says Dimon.

Dimon met last week with the President. Thirty other CEOs are meeting with him today.

Dimon’s compensation over the last three years has averaged $21,991,394 a year. The tax deal agreed to between President Obama and the Republicans will give Dimon and extra $1,179,000 next year, according to an analysis by Citizens for Tax Justice.

The bank Dimon heads was also the beneficiary of the giant Wall-Street bailout of 2007 and 2008. JPMorgan Chase & Co, along with other Wall Street banks, also poured millions of dollars into a lobbying campaign to water down the financial reforms Congress considered earlier this year.