Save the children from Hooters?

NOW calls on the breast-obsessed chain to stop serving kids 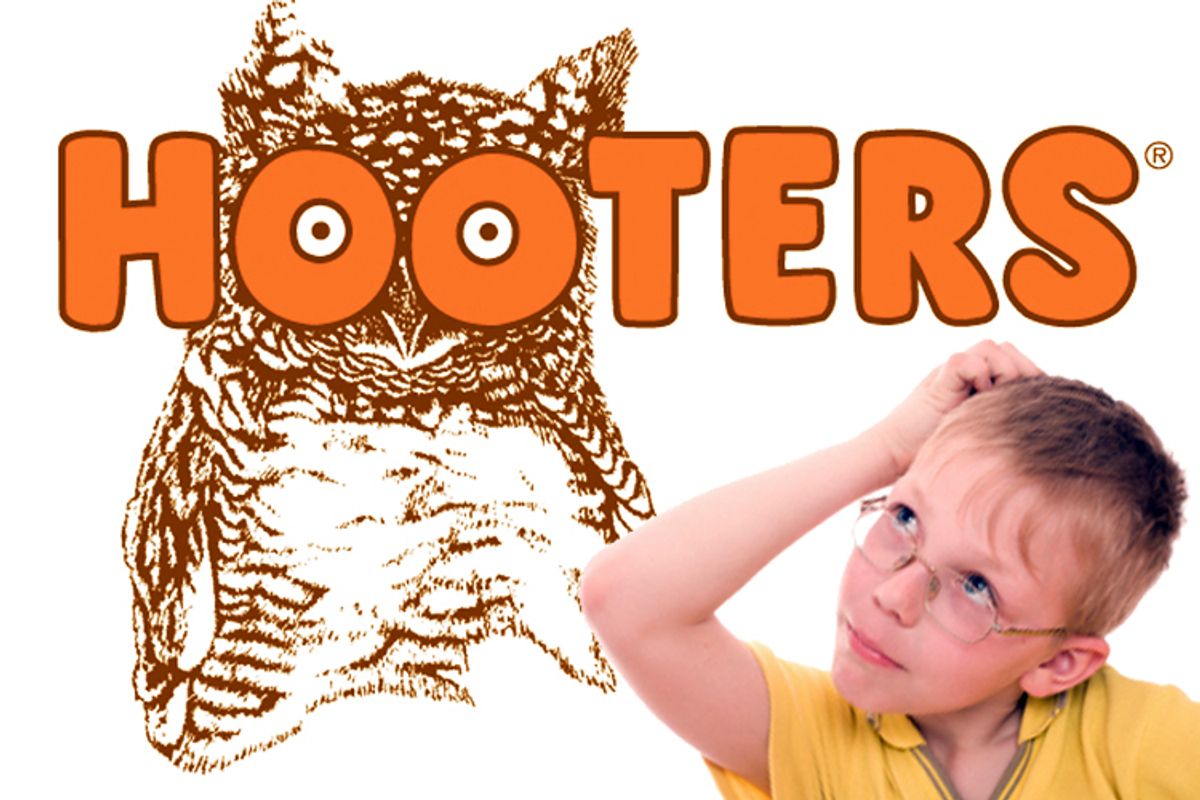 The National Organization for Women is protesting Hooters. I know: Yawn. Next I'll be interrupting major sporting events with breaking news that Gloria Steinem isn't a fan of the "Girls Gone Wild" franchise. But, seriously, the argument at play here is more interesting than it at first seems. It isn't the breast-obsessed chain's existence that is being challenged, but rather the fact that Hooters serves children. Clearly, there is abundant evidence that Hooters is guilty of poor taste (see: restaurant name) -- but should the chain be forced to card customers at the door and turn away anyone younger than 18? Several California chapters of NOW have filed official complaints alleging just that.

Hooters is described in official business filings as a provider of "vicarious sexual entertainment." NOW points out that the chain has "used this designation as a way to avoid compliance with regulations against sexual discrimination in the workplace." The official employment manual warns that a waitress is, as NOW paraphrases, "employed as a sexual entertainer and as part of her employment can expect to be subjected to various sexual jokes by customers and such potential contacts as buttocks slaps." At the same time, however, Hooters is marketed as a family-friendly restaurant. It offers a kid's menu, high chairs, booster seats and all sorts of merchandise for little tykes -- like a "Life begins at Hooters" T-shirt, an "I'm a boob man" onesie and a "Your crib or mine?" bib.

We could argue over whether Hooters has a healthy impact on a kid's developing view of women and sex, but I tend to think entertainment and dining decisions should be left up to individual parents. More important, that isn't the issue at hand. In this case, NOW (which hasn't always been a model of moderate thinking) has taken the exceedingly reasonable position that Hooters shouldn't be allowed to have the best of both worlds: Either it functions exclusively as an adult venue, and continues to protect itself (somewhat) from sexual discrimination claims, or it's held to the same standards as any ol' family restaurant and gets to keep on serving the kiddies tater tots and creepy onesies.