Is the N.Y. Times celebrating home-wrecking?

Outrage erupts over a "Vows" column about two people who find each other while married. Why all the fuss? 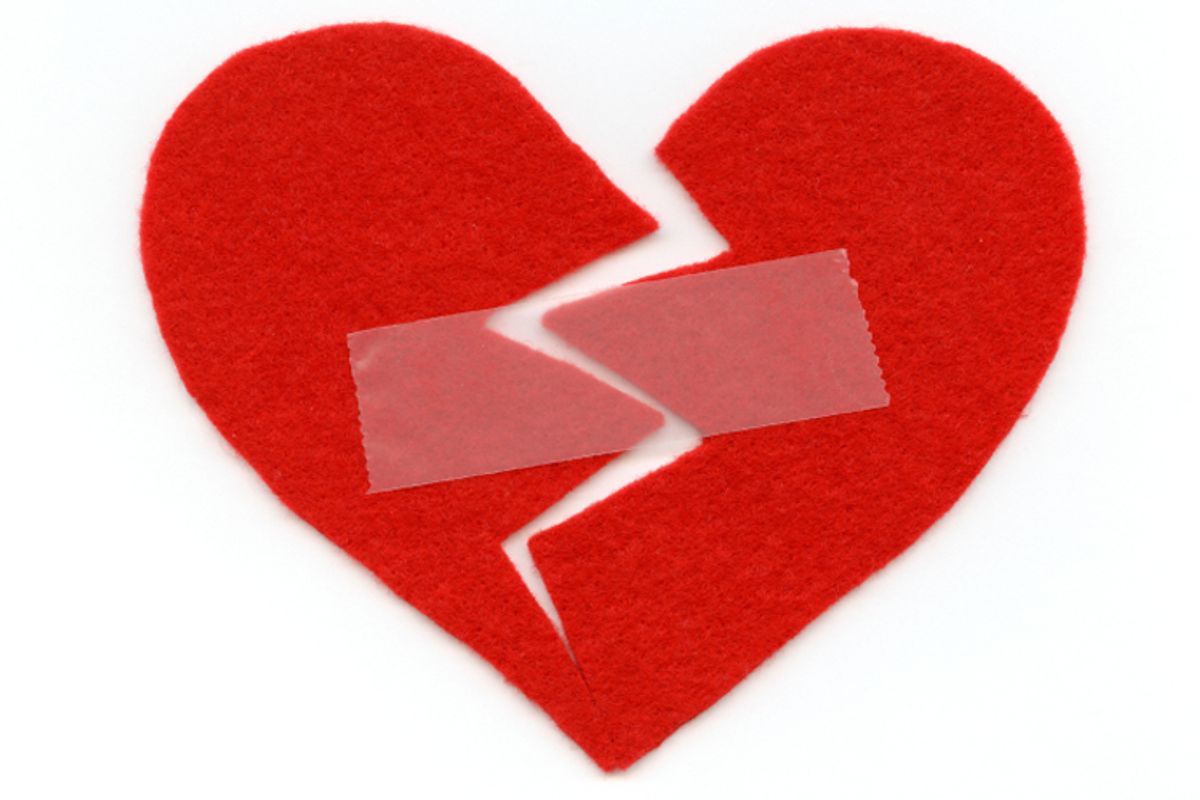 Turns out godless left-wing urban sodomites can get morally uppity too.

With its genteel, Jane Austen-like formula, the New York Times' "Vows" section is the nation's most reliable weekly comedy of manners, a tale in which sexual chemistry and inevitable misunderstandings lead to showers of rice instead of restraining orders and inflammatory Facebook status updates. The usual narrative goes as follows: Unlikely yet well-heeled duo (vegetarian/hunter, conservative/liberal, city slicker/country mouse) meets cute. Duo encounters obstacles -- distance, job demands,  a history of meth abuse  -- amusingly related in wry, illuminating anecdotes from friends and family. Couple overcomes said obstacles and winds up at the altar -- usually with their kids or a dog in tow, and pledges to be each other's "force field of awesome." New York Times readers feel mixture of romantic hopefulness and oddly satisfying, "Jesus Christ, who are these pretentious tools?" disdain while polishing off their morning Lavazzas.

But while previous "Vows" columns have skirted with drama, controversy and even a hint of the verboten, Sunday's column really took the proverbial fondant-enrobed, lemon curd-filled, multi-tiered cake. From the first sentence -- "What happens when love comes at the wrong time?" -- readers knew this was to be a story full of intrigue, ripe for finger wagging. The celebratory couple, former local news reporter Carol Anne Riddell and media executive John Partilla, met in 2006 in their children's classroom -- while they were both married to other people. A friendship blossomed between the two families, and all that closeness soon kindled a feeling more than platonic between Riddell and Partilla. They fell in love, and though Riddell says, "We didn’t have an affair," they did begin a long, emotionally grueling courtship that eventually led to much social ostracism, two divorces, a small, private ceremony last month, and then, you know, a splashy story in the New York Times on Sunday.

It didn't take long for the gasps of outrage to rise up. As New York magazine noted, "We do question the decision to celebrate it in the face of your exes and children, right in the New York Times" while Gawker facetiously noted the "Homewrecking Couple's Scandalous New York Times Wedding Announcement." And Slate's film critic Dana Stevens minced no words, calling it "staggeringly monstrous."

But though Gothamist says that "Vows" isn't "usually a place where you reel in disgust," that's almost always an appropriate response to its "We're so wacky and unconventional, in our Fortune 500 way!" weekly litany of dynasty-making. The novelty this time is the openness of the narrative -- one that does not follow a more conventionally appropriate form. And there is undeniably something deeply unsettling about a father saying of his brand-new second wife, "I didn’t believe in the word soul mate before, but now I do." Finding a "soul mate" is wonderful, but divorce is crappy, especially when offspring are involved. The reality that Mom and Dad do not love each other -- and that they've likely been pretending otherwise for a while -- is a cruel blow for anyone, whether the child is 2 or 42. To have that sting instigated at least in part by the arrival of another person on the scene, and to have that relationship then become the subject of croissant-nibbling conversation at breakfast tables across the land -- yow, that's got to hurt.

Nearly 200 comments later, many Times readers agree. The National Review unsurprisingly called the tale "heartbreaking," tut-tutting, "Make sure you have the kind of lovingly rigorous support system -- faith, friends, family -- that will remind you that there might be another choice other than succumbing to feelings vs. dishonesty." There might be. Then again, there might not. Because love, as the "Vows" column proves, is not always neat, wise or even good. And what this particular story leaves out, surely for the sake of the spurned exes, is the state of Riddell and Partilla's respective prior unions. The drama of a pair of home-wreckers mangling up each other's families is certainly juicy, but who's to judge whatever loneliness or pain already existed in both their lives before they found each other? Who's to say that sticking with something that may no longer be happy or fulfilling or even healthy is for the ultimate best? And who's to say that everybody isn't exponentially better off now?

The real head-scratcher isn't that the couple found each other; marriages bust up and people pair off anew every day. It's the fact that they chose to go so public with their joyous new union, and that the Times leapt so eagerly on a story so guaranteed to turn off plenty of readers, that's perplexing. Is it all just narcissism combined with whopping insensitivity? Can't rule it out, but maybe it's something else.

As many of us have learned through hard-won experience, the great beauty of the modern era is that we now have the world's most efficient mechanism for the ripping off of Band-Aids at our fingertips. We can tweet about cancer. We can announce that we just had a miscarriage in a Facebook update. And we can tell friends and neighbors, "My mate and I fell in love while we were married to other people." People don't have to like it, and don't have to approve, but at least they can know, so they don't have to whisper when we run run into them at Fairway. It must be easier to give a public version of events than to repeat it forever to every curious friend.

Would being ashamed make Riddell and Partilla any less married right now -- or would being quiet about it just make other people a little more comfortable?  While the "Vows" column will no doubt continue to inspire shudders of revulsion on a reliable, seven-day cycle, I can't take particular umbrage with a story of two people who did not heroically triumph over illness or age or prior heartbreak, who were instead flawed and mistake-prone and know what it feels like to hurt their families and lose friends. Because as romantic and frothy as the "Vows" section often is, a wedding is not always simply a happy ending. Sometimes it's just a messed-up true story.