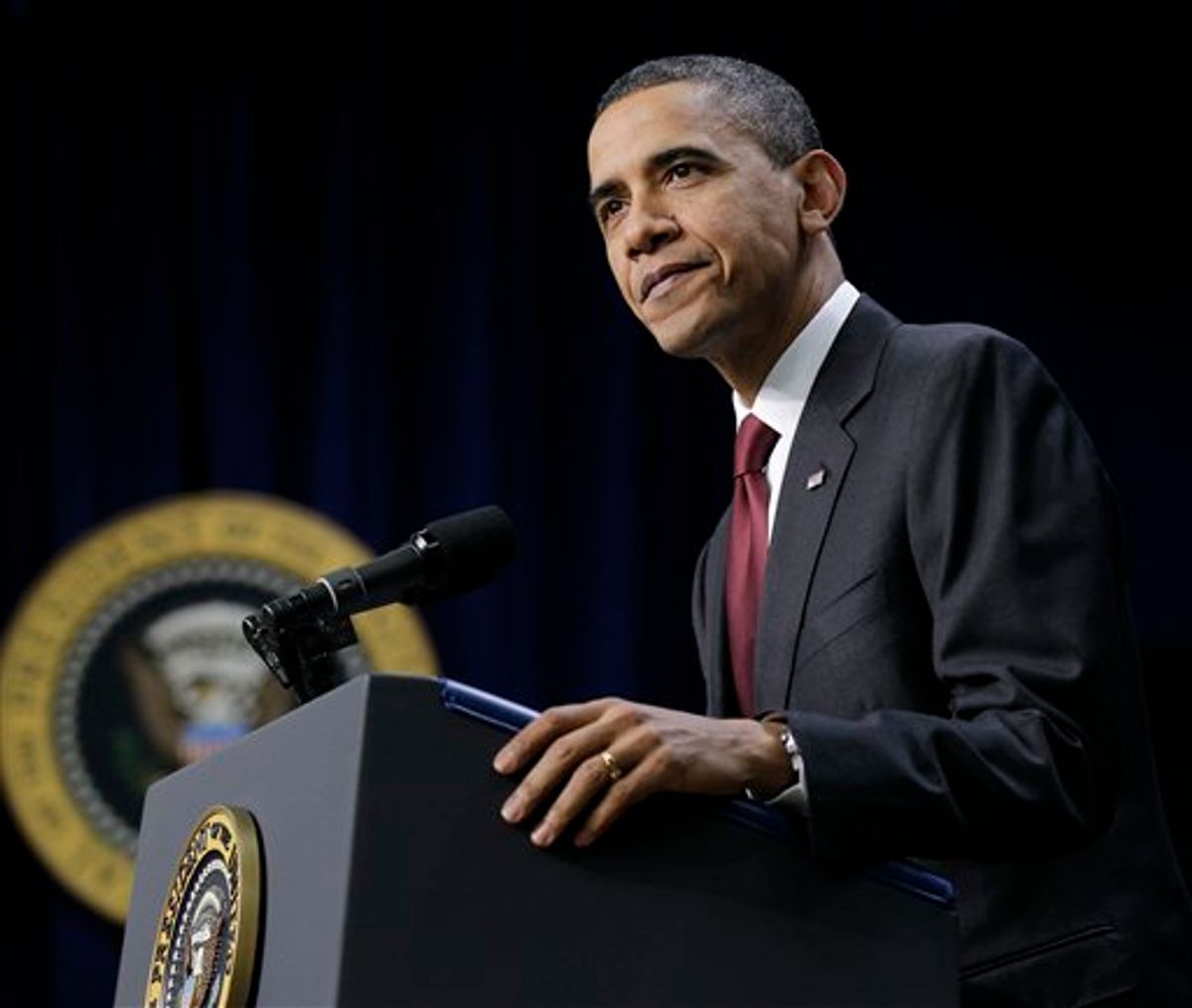 History will record 2010 as the year Washington became "business friendly."

Not that it was all that unfriendly before. Some would say the bailouts of Wall Street, AIG, GM and Chysler were about as friendly as it can get. In addition, Washington gave windfalls to drug companies and health insurers in the new health bill, subsidies to energy companies in the stimulus package, and billions to domestic and military contractors.

But for corporate America it still wasn't friendly enough. Before the midterm elections, Verizon CEO and Business Roundtable Chairman Ivan Seidenberg accused the president of creating a hostile environment for investment and job creation. In the midterms, business leaders overwhelmingly threw their support to Republicans.

So the White House caved on the Bush tax cuts for the wealthy, and is telling CEOs it will be on their side from now on. As the president recently told a group of CEOs, the choice "is not between Democrats and Republicans. It's between America and our competitors around the world. We can win the competition."

There's only one problem: America's big businesses are less and less American. They're going abroad for sales and employees. That's one reason they've showed record-breaking profits in 2010 while creating almost no American jobs.

Consider one of the most popular Christmas products of all time -- Apple's iPhone. Researchers from the Asian Development Bank Institute have dissected an iPhone whose wholesale price is around $179 to determine where the money actually goes.

Some shows up in Apple's profits, which are soaring.

About $61 of the $179 price goes to Japanese workers who make key iPhone components, $30 to German workers who supply other pieces, and $23 to South Korean workers who provide still others. Around $6 goes to the Chinese workers who assemble it. Most of the rest goes to workers elsewhere around the globe who make other bits.

Only about $11 of that iPhone goes to American workers, mostly researchers and designers.

Even old-tech American companies made big money abroad in 2010 -- and created scads of jobs there. General Motors, for example, is now turning a nice profit and American investors are bullish about its future.

That doesn't mean GM will be creating lots more blue-collar jobs in America, though. 2010 was a banner year for GM's foreign sales -- already two-thirds of its total sales, and rising. In October, GM became the first automaker to sell more than 2 million cars a year in China. The company is now making more cars in China than in the United States. And GM has just signed a deal with its Chinese partner to try to crack India's potentially huge auto market.

Meanwhile, back home in the U.S., GM has slashed its labor costs. New hires are brought in at roughly half the wages and benefits of former GM employees, under a two-tier wage structure accepted by the United Auto Workers. Almost all GM's U.S. suppliers have also cut their payrolls.

It's much the same even for America's biggest retailers. 2010 wasn't an especially good year for Wal-Mart in the United States. Its third-quarter sales fell, as U.S. shoppers continued to hold back.

But Wal-Mart International is contributing mightily to its bottom line. Its U.K. business, Asda, will be adding 7,500 new jobs next year. Wal-Mart is also doing well in Japan and Brazil, and hiring like mad in both countries.

So when President Obama tells American CEOs our biggest challenge comes from abroad, you've got to wonder. The leaders of American business are already abroad, and doing quite nicely.

Just after the midterm elections, the president's chief economic advisor, Larry Summers, told a group of top U.S. CEOs that the election was partly a "rejection of elites ... that were seen as more citizens of Davos than of their countries." American CEOs, Summers warned, should "think very hard about their obligations as citizens of this country."

Yes, they're citizens. But first and foremost they're CEOs. And CEOs have to show profits -- wherever those profits come from. Under American-style capitalism, profits matter. Jobs don't.

2010 was the year Washington became even more "business friendly." The result has been more and better jobs -- but not in America.